Video/Photos from Baku-Con – The Bakugan tournament 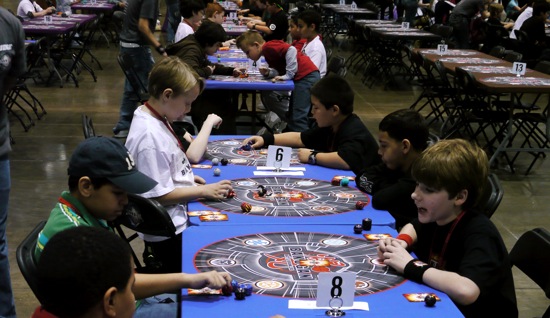 Today marked the start of a two-day Bakugan tournament at the Gaylord Palms Convention Center. Baku-Con has been touring the country looking for the top players. Orlando is the last stop before the finals in New York City in February. 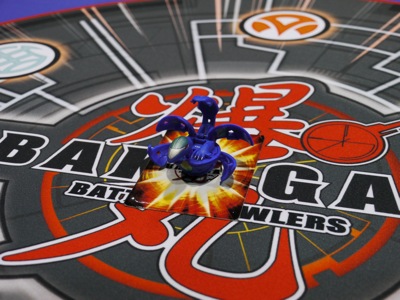 I know, some of you are asking, “what the heck is a Bakugan?” Bakugan is comprised of a kids cartoon, video game, toys and card game. For the tournament games, kids roll their Bakugan toy ball over a special card with metal inside. If it’s rolled correctly, a magnet in the ball causes the ball to transform into a creature. Then the players match their creature’s symbol to the card and add up their points to see who has more. There’s a lot more to it than that. But that’s the basic idea.

In addition to the tournament, Baku-Con was giving the kids free T-shirts, photos and prizes for their Skee-Ball scores. They also have areas set up for drawing, cartoons and non-tournament playing. It’s free to enter both the con and tournament. (But parking at Gaylord Palms costs $12.) They even have some starter packs available for purchase to get you started.

The tournament continues tomorrow, so there’s still time to sign up. Visit baku-con.com for more information.

Out of the Loop: One man's video tribute to The Big Bad Wolf coaster

i want to join