Walk The Moon to perform during special taping at Universal Orlando 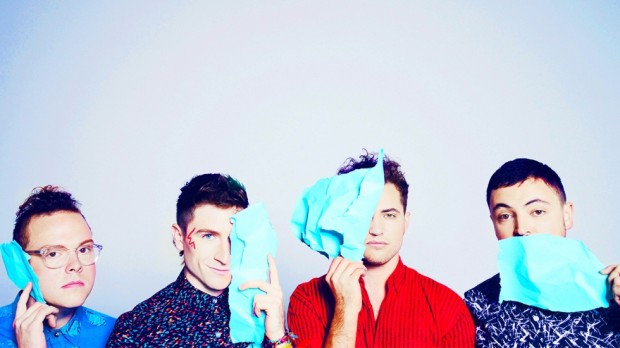 Universal Orlando guests can be part of a special taping on Nov. 7 for the 2015 Nickelodeon HALO Awards and see a performance by alternative-pop band Walk The Moon.

Walk The Moon will perform a six-song set that includes their multiformat No. 1 triple-platinum hit single, “Shut Up and Dance,” along with their new track, “Different Colors.” Both songs are off the band’s sophomore album, Talking Is Hard. Walk The Moon consists of Nicholas Petricca (lead singer, songwriter and keyboard player), Eli Maiman (guitar, vocals), Kevin Ray (bass, vocals) and Sean Waugaman (drums, vocals).

Hosted, created and executive produced by Nick Cannon, the 2015 Nickelodeon HALO Awards is a one-of-a-kind concert event that honors young leaders from across the country. Now in its seventh year, the awards show recognizes real-life kids that are doing extraordinary things in their communities by “Helping and Leading Others” (HALO). In addition to being awarded a grant for their organization and scholarship funds, each HALO Award honoree is given a once-in-a-lifetime opportunity to meet and connect with celebrities that share their same passion for service. The 2015 Nickelodeon HALO Awards will be simulcast Nov. 29, at 7 p.m. (ET/PT), across Nickelodeon, TeenNick, Nicktoons, TV Land, CMT, Nick.com and the Nick App.

The Walk The Moon concert is included in admission to Universal Studios Florida and will take place at the Music Plaza stage at 7 p.m. For more information about the 2015 Nickelodeon HALO Awards taping at Universal Orlando Resort and Walk The Moon’s performance, visit Blog.UniversalOrlando.com.

Paramount Pictures and Kios announce plans for a...