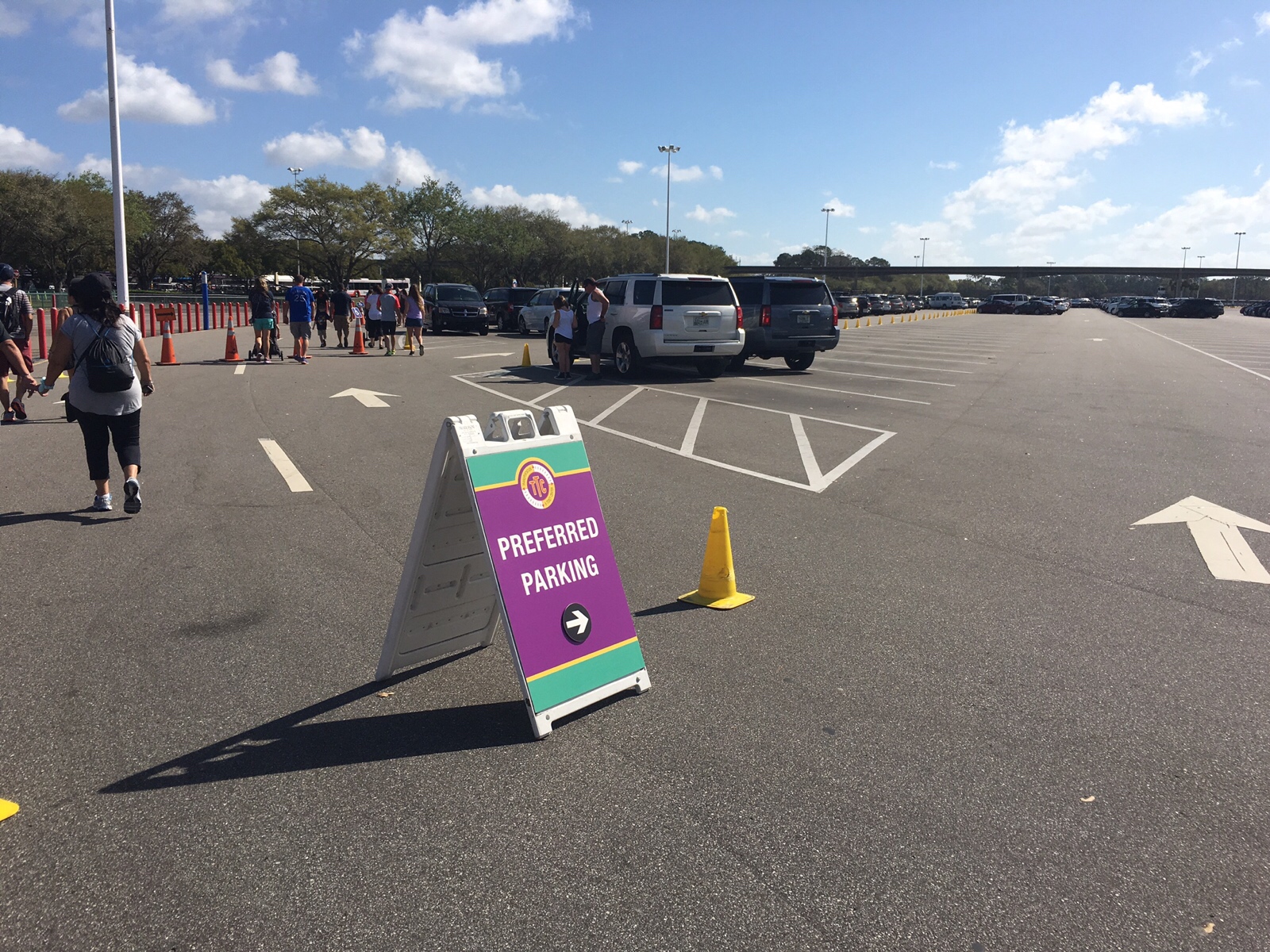 Good news for people who value shoe leather over cash: Walt Disney World is now offering preferred parking at Magic Kingdom and Epcot [update: Animal Kingdom too!] … for a price.

Guests arriving at the parking toll booths for Magic Kingdom and Epcot now have the option of paying $35 (instead of the standard $20 fee) to park closer to the the attractions. Resort guests and those with annual passes who normally park for free can pay the $15 difference for preferred parking as well. 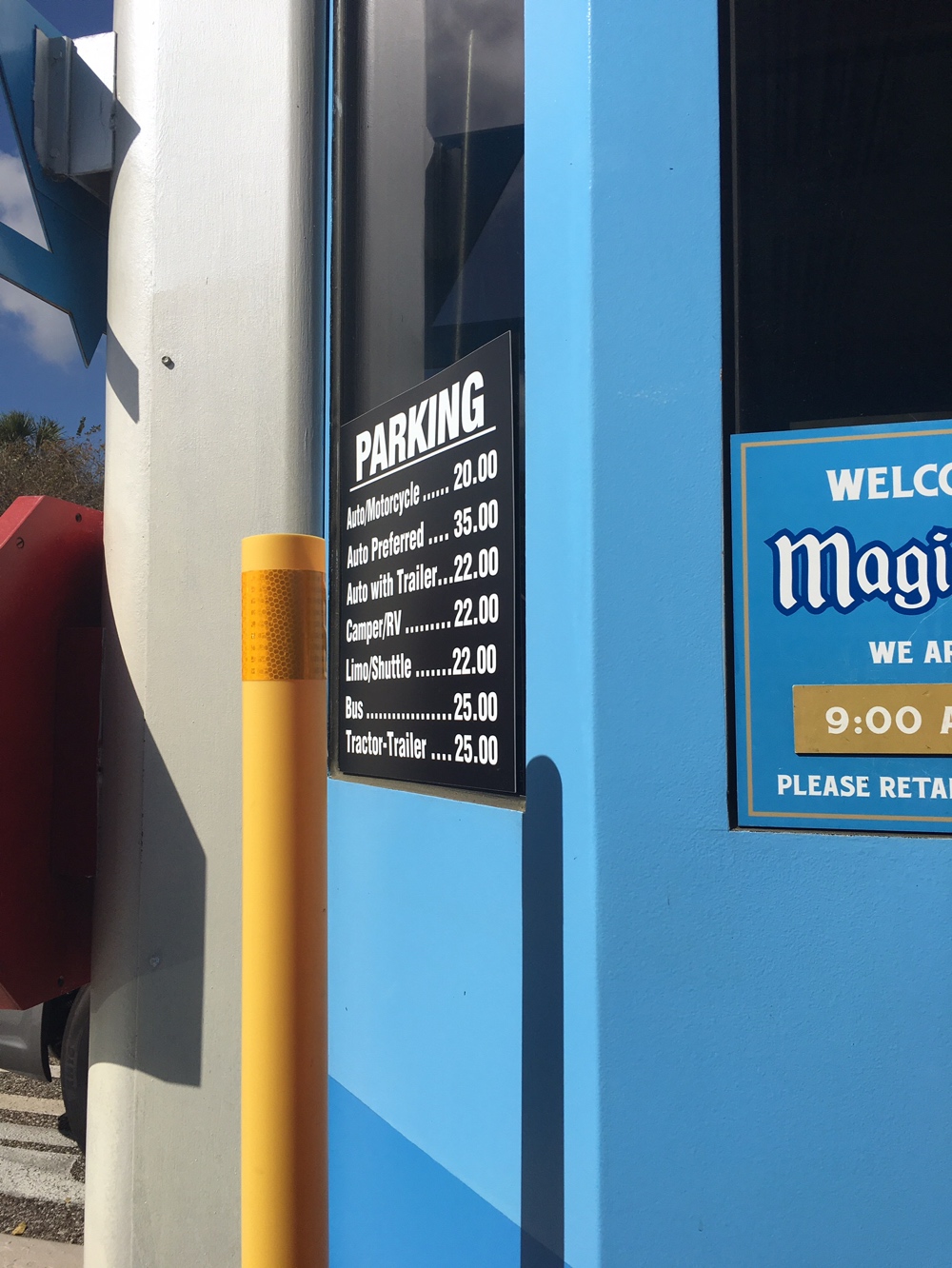 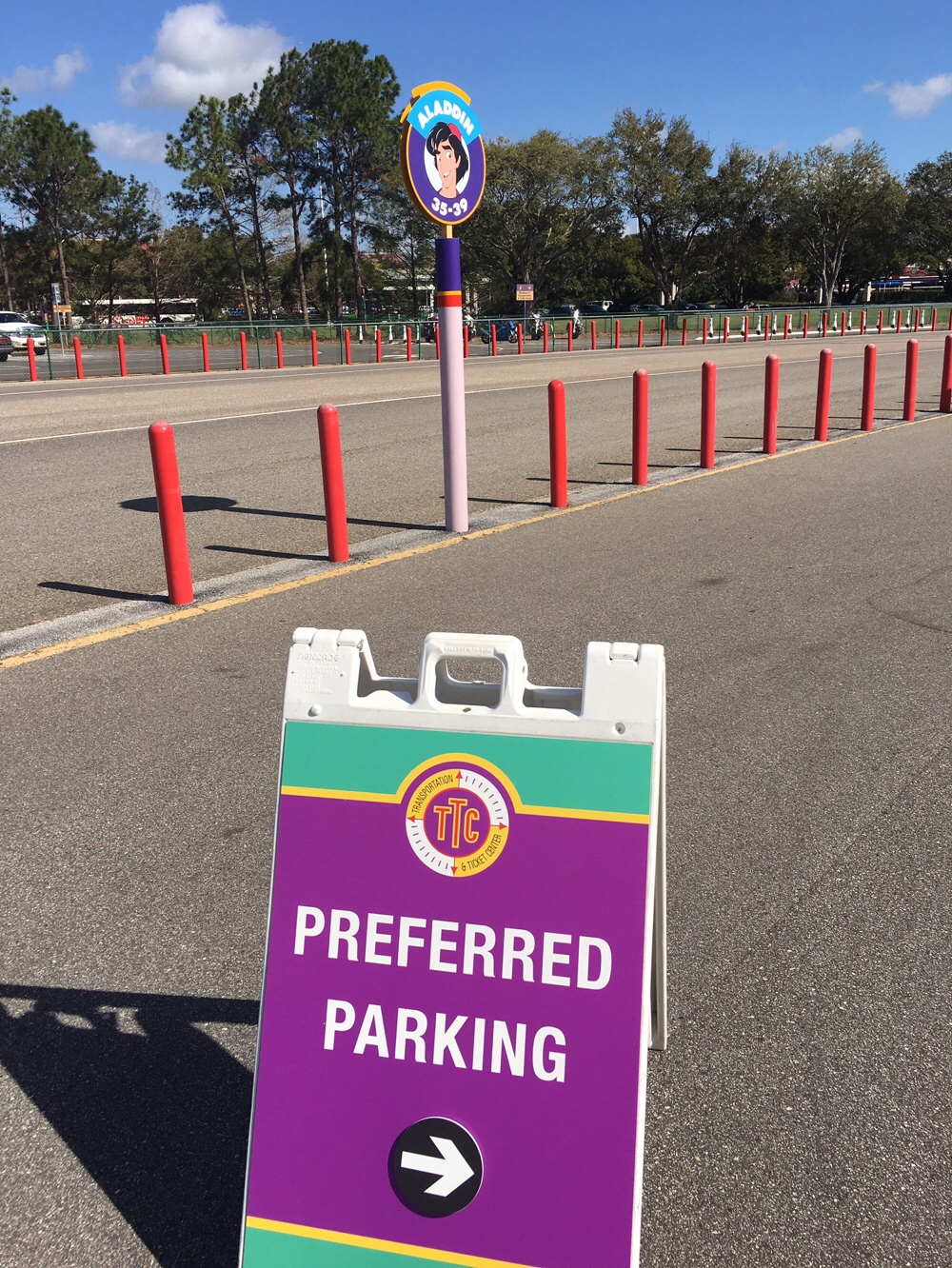 Walt Disney World has not officially announced or publicly commented on preferred parking yet, so this may be a temporary test. It is not available at Animal Kingdom or Hollywood Studios at this time.

If you enjoy paying an up-charge to stash your vehicle, preferred parking upgrades are also offered at Universal Orlando and SeaWorld. 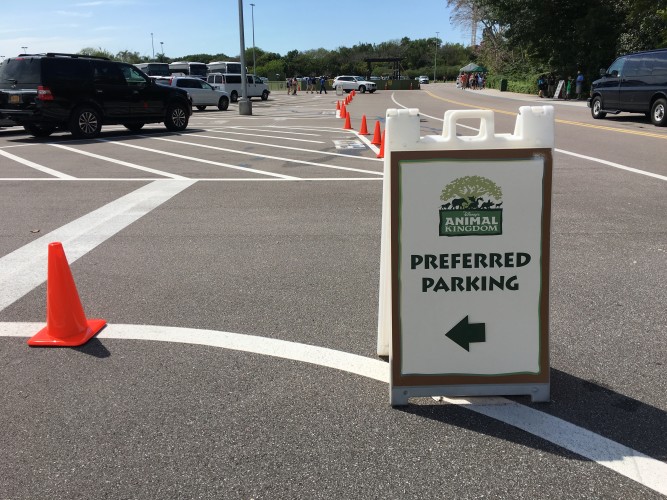 We haven’t spotted it at Disney’s Hollywood Studios yet, but we’ll let you know if that changes.

Put up a tower and give me some shade and then it will be ‘preferred’ parking. Until then it’s just another Iger money grab…

Waiting for the preferred toilets!