Harry Potter fans can experience Christmas in the Wizarding World and learn how filmmakers created ice, fire, and snow that never melts during “Hogwarts in the Snow” at Warner Bros. Studio Tour London. 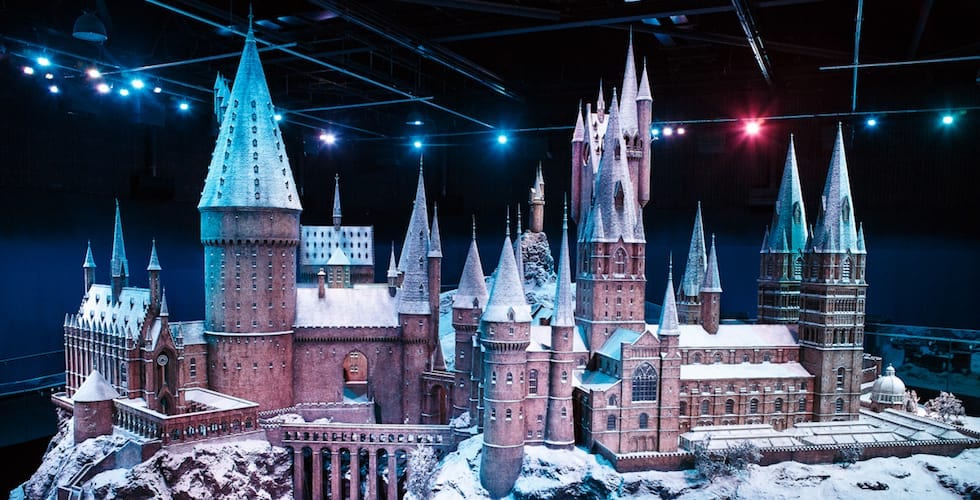 Celebrate the holidays as Hogwarts students would in the Wizarding World.

From Saturday, Nov. 17, 2018 – Sunday, Jan. 27, 2019, guests can see some of the “Harry Potter” films’ most iconic sets decorated for the holiday season. The Great Hall will undergo its seasonal transformation, the Gryffindor common room will be decked out in holiday décor, and a blanket of “snow” will be applied to the Hogwarts castle model.

The holiday transformation of the Studio Tour will start in the Great Hall, where the set will be decorated as it was for the Yule Ball in “Harry Potter and the Goblet of Fire.” Guests will get to see the set dripping and covered in silver icicles, sparkling snow, Christmas trees, and an orchestra of magical instruments that have been painted silver to match the colors of the Yule Ball. 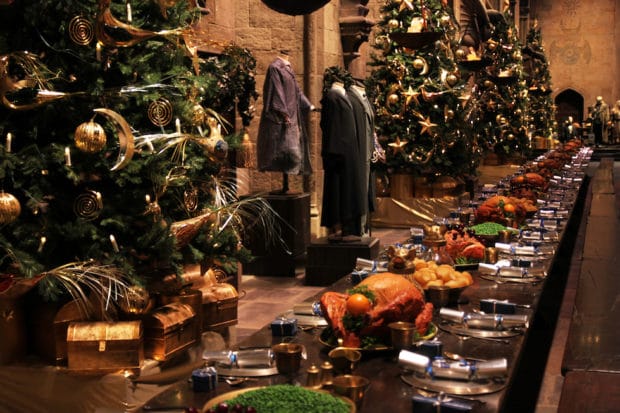 In addition to the decorations for the Yule Ball, the Great Hall will feature a seasonal feast on the long dining tables with prop versions of roasted turkeys, ham, and even Christmas puddings surrounded by real flames.

To go along with the “Hogwarts in the Snow” event, many of the sets on the Studio Tour will be dressed in a holiday fashion. The Gryffindor Common Room and Boys’ Dormitory will be decorated with original props, including handmade Christmas cards, some of which were crafted by the cast during the films’ production.

Fireplaces throughout the Studio Tour will be “lit” with special effects fire, as created by John Richardson and the special effects team through a combination of water vapor and lighting effects. 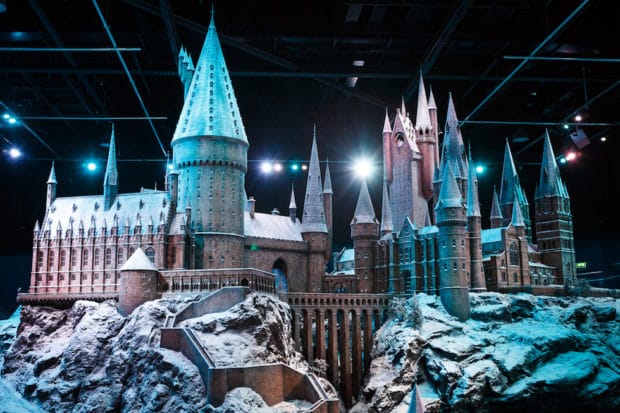 The Hogwarts castle model will be transformed for the event, using a layer of filmmaking snow. During production of the “Harry Potter” films, a member of the crew climbed up onto an elevated work platform and sprinkled the “snow” mix of granulated paper and grains of salt on to the model by hand. This same process will be used at the Studio Tour this November.

Guests will also be able to touch samples of the different types of filmmaking “snow,” with each used for a certain ability – like falling snow, crunching snow, or glistening ice. 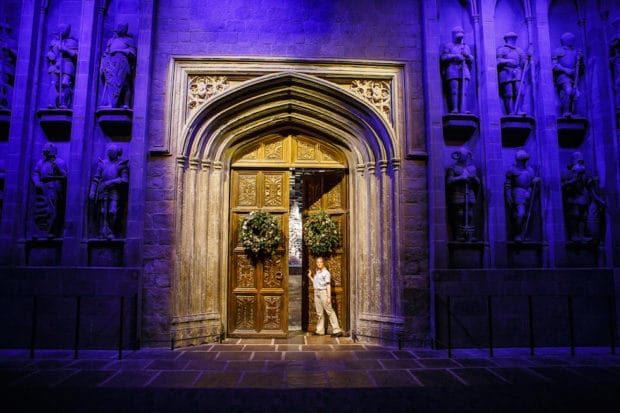 The festive season will also bring the return of the Dinner in the Great Hall events. Each night from Dec. 10-12, Harry Potter fans can enjoy drinks and canapés before they sit down for a two-course Christmas feast on the Great Hall set. Dessert will be served on Platform 9 ¾, next to the original Hogwarts Express train, and guests can freely explore the Studio Tour after hours exclusively during the event.

“Hogwarts in the Snow” will return to the Warner Bros. Studio Tour London this November. Tickets must be booked in advance, and all extra features of the event are included in the standard ticket price.

Tickets to Dinner in the Great Hall will go on sale at 10 a.m. on Sept. 25 and can be purchased online.