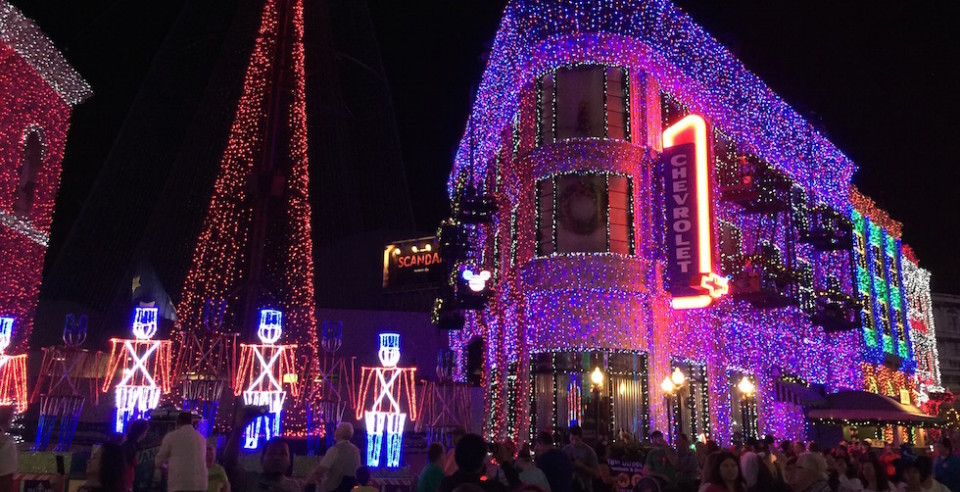 If you are a fan of The Osborne Family Spectacle of Dancing Lights at Disney’s Hollywood Studios, you may want to make plans to see them this holiday season. It will be the display’s last.

Disney has confirmed on the Disney Parks Blog, this will be the display’s final appearance as they will be starting construction on the new Star Wars land and Toy Story Land next year. They have not confirmed exactly which, if either, of these new lands will take over the Streets of America, where the lights have been displayed for many years. The lights first were displayed on Residential Street in the Backlot Tour area, but that area was replaced to make room for the Lights, Motors, Action Stunt Show.

From the Disney Parks Blog:

Our heartfelt thanks go out to the family of Jennings Osborne for letting us share their family tradition year after year. And thank you to all of you for being part of the spectacle with us. Here’s to making more memories in this, the 20th and final year.

This will be the 20th holiday season for the lights at Disney World. The true story of the lights are that Jennings Osborne, an Arkansas businessman, designed a the display at his home, but it grew too large for a private display, so Disney brought the lights to the Disney-MGM Studios in 1995. The display has shown every season since except in 2003 when construction in the park prevented its installation.

“My family and I are more than grateful for the opportunity and experiences that Disney World has given to us, and most of all, given to millions and millions of people around the world. My greatest childhood memory was able to live on for an additional 20 years and it was also able to be experienced by so many – something you can’t really put into words unless you’ve walked under that incredible glow. When the Arkansas Supreme Court ruled the lights on our home go dark, Disney came in and literally made magic happen. I wish there was a bigger phrase than ‘thank you’ as they allowed this magnitude of celebration be a part of their park for so long. I have a feeling The Osborne Family Spectacle of Dancing Lights will be brighter than ever this year.”

In 2012, talked to the Osborne Family about their light display at Hollywood Studios, during an episode of “Orlando Attractions Magazine – The Show”:

Here are some videos of the dancing lights in action:

Noooo! Well, at least it’s not being replaced by Frozen.

Guess we’ll have to start celebrating Wookiee Life Day over the holidays instead!

Two petitions are already up on change.org trying to get them to move the lights rather than take them away entirely.

It probably to be politically correct. The light show is associated with Xmas and they don’t want to offend other religions so they are replacing it with two, politically neutral themes.