With opening of new skybridge, all adjacent convention center hotels are now connected 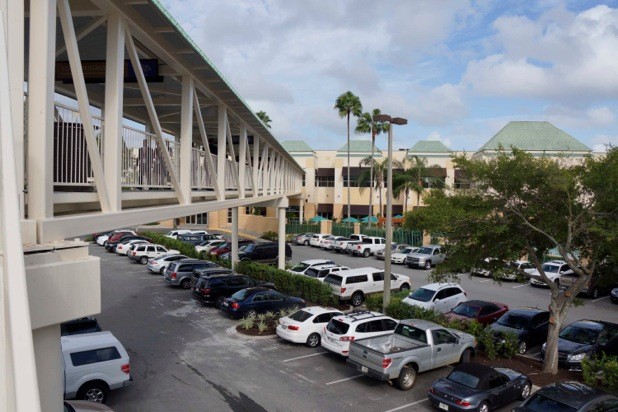 With the opening of the Gary Sain Memorial Skybridge, the Rosen Plaza is now connected with the Orange County Convention Center West Building. The new skybridge completes the fourth and final link in connecting the convention center with adjacent International Drive hotels. 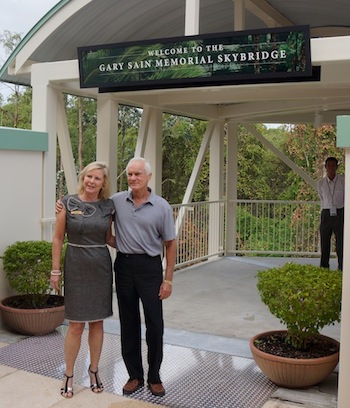 Construction of the $2.5 million skybridge was funded entirely by Rosen Hotels & Resorts. Coming in well under its $3.2 million budget, the 745-foot connector was built in just over three months and will provide thousands of convention center attendees with a safe, weather-proof and traffic-free “commute” from their Rosen Plaza guest rooms to their meeting or convention.

In attendance at the ribbon cutting ceremony were Orange County Mayor Teresa Jacobs, who proclaimed the day in honor of Gary Sain, as well as Visit Orlando President & CEO George Aguel, and Harris Rosen, president and COO, Rosen Hotels & Resorts. They, along with other Orlando tourism industry leaders, officially opened the skybridge named in honor of the previous Visit Orlando President & CEO who passed away in May 2012. 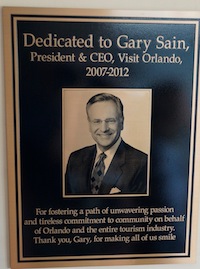 “It is with great honor and respect that we dedicate this skybridge to my friend and colleague Gary Sain,” said Rosen. “Gary worked tirelessly to build and strengthen this destination during his time with us. Rest assured, Gary’s legacy continues here today.”

“We’re excited to now offer this pedestrian skybridge from our hotel to the convention center for our meetings guests,” said Victoria Hall, director of Sales & Marketing, Rosen Plaza. “This is an incredible new benefit to meeting planners and important milestone in the Orlando meetings community now that all four major convention hotels are connected to the convention campus.” 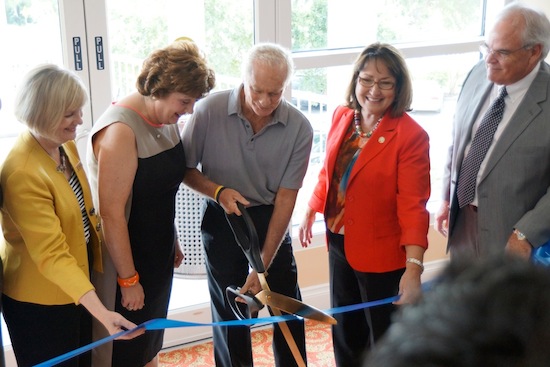 We were at the Rosen Center July 1-7 for the 72 National Federation of the Blind Convention and we will be there ever July until 2016, we love the bridge, and the Rosen Properties. Harris Rosen is a great man and good to our organization.