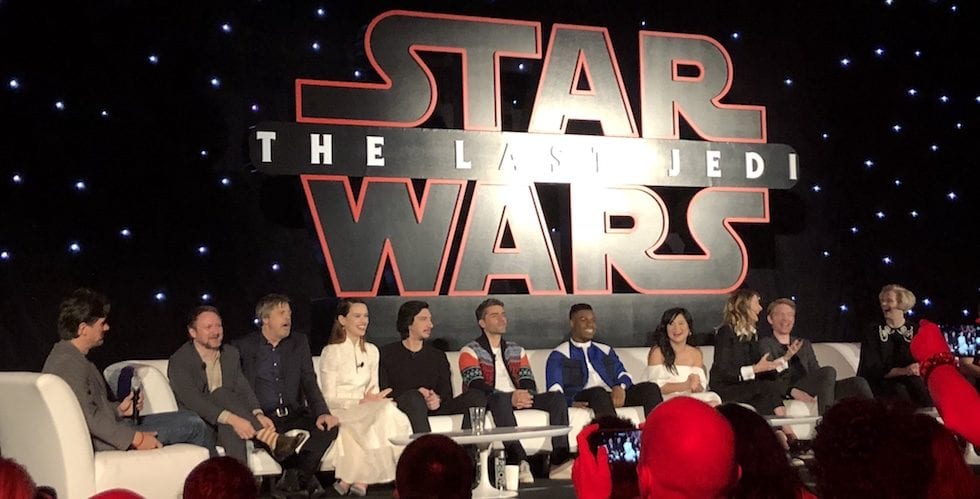 The anticipation of sitting in a dark theater surrounded by fans, watching that famous “Star Wars” text scroll upwards across the screen is nearly here! “Star Wars: The Last Jedi” will hit theaters Dec. 15, 2017 and I know myself, and the rest of the world can hardly wait. While the story and characters may seem familiar to us, director Rian Johnson hopes to breathe new life into the franchise by introducing us to new worlds, creatures and characters; specifically women.

Hollywood, and especially Disney, seem to be on an ever-changing path in rectifying the issue of lack of representation across film and television. Pixar’s “Coco” is a perfect example of Disney’s latest effort to diversify their big budget animated features and shine a spotlight on a culture we rarely see on the big screen today. “Star Wars” is no exception. In 2015, “Star Wars: The Force Awakens” introduced us to an onslaught of new characters, including the new leading lady Rey, played by Daisy Ridley. To have a woman character leading a franchise as massive as Star Wars, was such an empowering moment for not only women, but also little girls everywhere.

Besides the newcomers, we also have our returning women; Captain Phasma, played by Gwendoline Christie; Rey, played by Daisy Ridley; and of course, General Leia Organa, played by the late Carrie Fisher. Gwendoline shared the ecstatic feeling of seeing the renderings of her character Captain Phasma for the first time, “As someone who didn’t feel like they fitted that homogenized view of what a women was supposed to be, and to play a character where by a woman’s femininity was not delineated by the shape of her body or her physical attractiveness, is just a delight to have that opportunity.” It can be said that the influence of Star Wars in pop culture is beyond measureable; but what is sure, is the representation of powerful women characters has definitely made a profound impact.

Of course, while there are plenty more details to uncover when “Star Wars: The Last Jedi” hits theaters; including “Luke Skywalkers screen time”, Mark Hamill joked. We’re just going to have to hold out for a few more days.

“Star Wars: The Last Jedi” hits theaters nation-wide on Dec. 15, 2017. Here’s the cast discussing what Carrie Fisher meant to them.