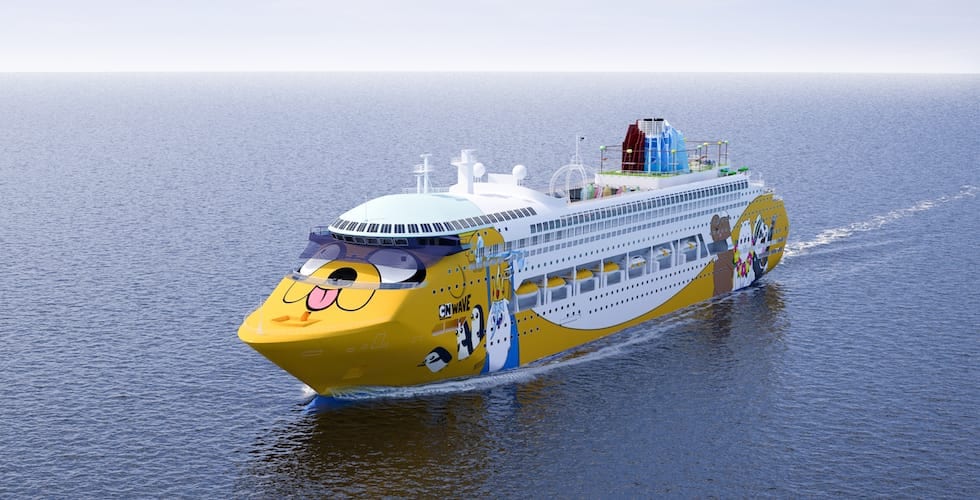 Artist impression of the Cartoon Network Wave. All illustrations are subject to change.

Mathematical! Singapore-based Oceanic Group (known for the Queen Elizabeth II) and the Turner company have announced they are joining forces to bring the first Cartoon Network branded cruise ship to the high seas. The Cartoon Network Wave will feature familiar faces from your favorite CN shows like “Adventure Time”, “The Powerpuff Girls”, and “We Bare Bears” on the hull of the ship. 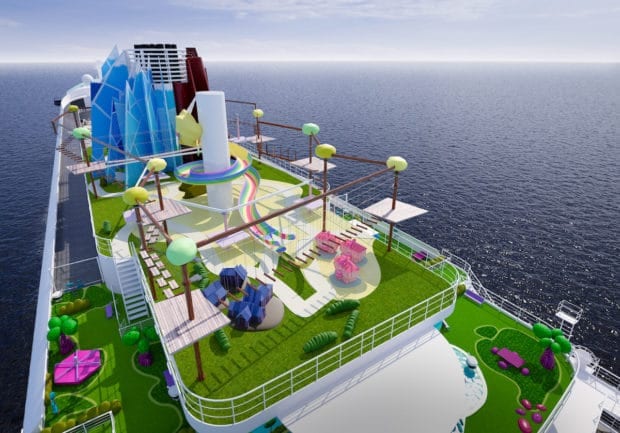 With a capacity of 2,000 guests aboard the 11-deck ship, the Cartoon Network Wave promises fun for the entire family when it departs from its home port in Singapore later this year. Jump straight into the Tooniverse with such amenities as an Adventure Time themed ropes course and Bravo’s Place burger bar, themed after classic Cartoon Network favorite Johnny Bravo. Discover familiar sights and scenes from the Omniverse, Townsville, the Bear Den and the Land of Ooo in this fully immersive cruise experience, and, of course, you can be sure there will be plenty of meet and greets with your favorite Cartoon Network characters.

While there are many existing projects by Turner’s location-based entertainment team including Cartoon Network-branded restaurants, theme parks, waterparks around the world – and even planes and trains – this is the first time anywhere a cruise ship has undergone a full Cartoon Network transformation. 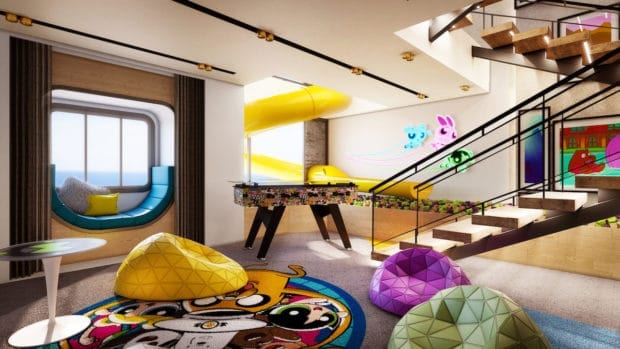 While plans are still in the works, it has already been announced there will be 13 stops in the Asia Pacific region including Singapore, Malaysia, Thailand, China, Taiwan, South Korea, Australia and Japan.

Being labeled a “ground breaking partnership”, this marks Singapore’s first homegrown contemporary cruise product. “Turner is always looking at new ways to bring our characters to life – and Cartoon Network Wave will be their home on the high seas,” said Ricky Ow, president of Turner Asia Pacific.

Singapore is hoping this partnership will attract more families with children to vacation and cruise out of Southeast Asia. “[Cartoon Network Wave] will also augment Singapore’s appeal as a top family destination by adding to the diversity of Singapore’s line-up of offerings. We look forward to more family visitors coming from the region with Cartoon Network Wave’s exciting deployment here,” said Yap Chin Siang, assistant chief executive (Policy & Planning Group), Singapore Tourism Board.

Disney Wish hits the water for the first...

Marvel heroes will assemble on the Disney Dream...