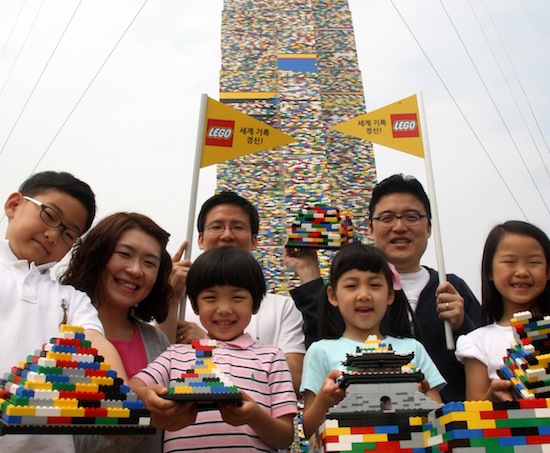 In celebration of Lego Group’s 80th birthday, Lego Korea has built a tower to beat the previous 103-foot, eight-inch record set in France. Last Sunday night, the Crown Prince of Denmark placed the last record breaking brick on the tower that reached 104-feet and seven inches.

Armed with over 500,000 bricks, 4,000 children contest winners and five days of building time, the event attracted more than 50,000 visitors. The build took place outside the Olympic City stadium of Seoul, Korea. Lego Group has had a strong presence in Asia for decades and are the first branded toy in the Korean market.

Legoland Korea celebrates the park’s completion ahead of...

That is impressive. My son might try it in the backyard! 🙂

It is really great !