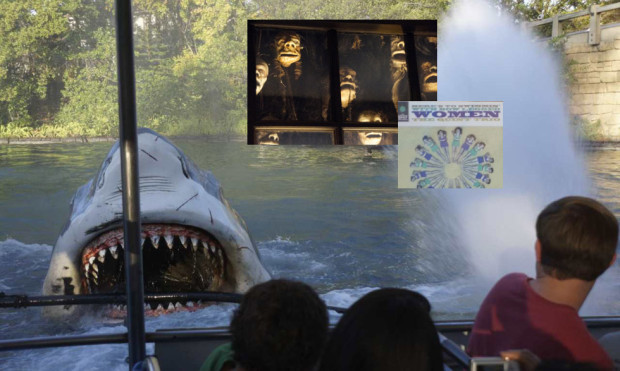 Muggles (AKA non-magical folks) making their way through The Wizarding World of Harry Potter: Diagon Alley at Universal Studios Florida probably won’t even notice several references to the area’s former tenant. The Jaws ride closed in early 2012 to make way for the Harry Potter expansion, but “Jaws” isn’t totally gone.

Universal Creative has been known to place tributes to past attractions in their new ones that replaced them, like the King Kong statue within Revenge of the Mummy, and Doc Brown from Back to the Future appearing in the queue video for The Simpsons Ride. The Jaws ride terrorized guests in the land where Diagon Alley now stands from the park’s opening in 1990 until Jan. 2, 2012. Many tributes to the ride itself and the film Jaws can be found throughout Diagon Alley, if you know where to look. Here’s a list of where to find them:

Harry Potter and the Escape from Gringotts queue: 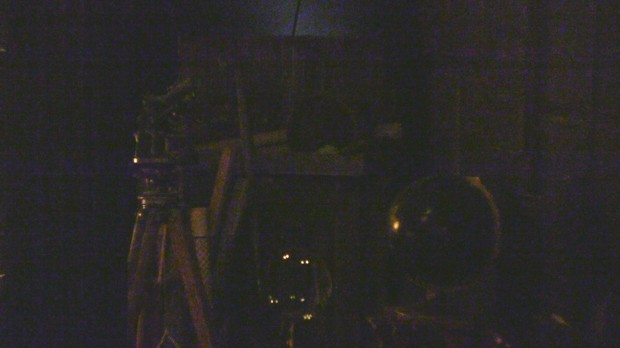 Inside the queue for Harry Potter and the Escape from Gringotts, in Bill Weasley’s office, a wood crate sits underneath the stairs on the right side of the office. That crate came right from the Jaws ride. 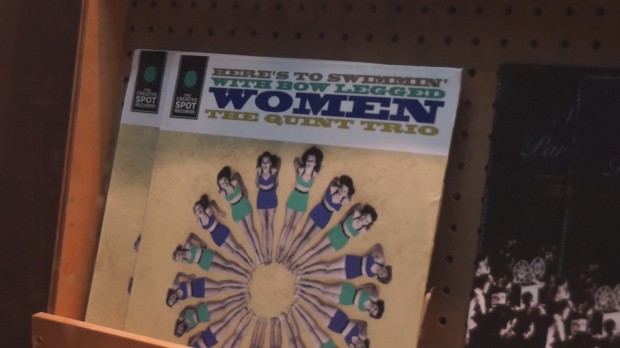 There are lots of different references in the various record titles, but one will stick out to fans of the “Jaws” film. “Here’s to Swimmin’ With Bow Legged Women” by The Quint Trio is a tribute to the character of Quint in “Jaws” and one of his lines from the movie. 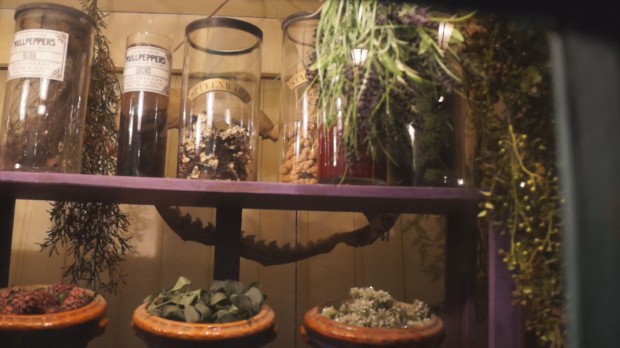 Inside a window display to the left of Florean Fortescue’s, you’ll find a shark jawbone hanging behind a display rack. There’s also a shark jawbone inside the Borgin and Burkes store. 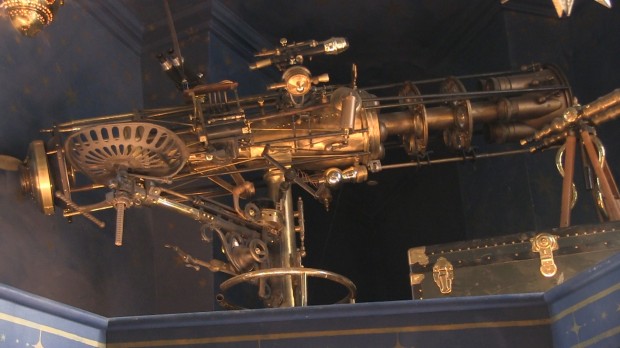 All around the upper sections of Wiseacre’s there are various kinds of telescopes and other things. Most of the telescopes are made of brass parts from the Jaws attraction. One telescope in particular (pictured above) features parts from a large brass ship compass that was located in the former attraction’s queue. 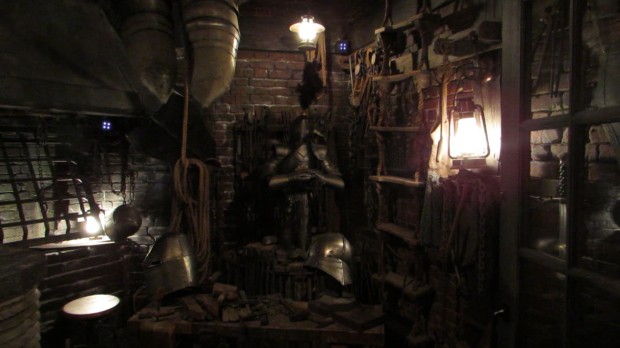 The blacksmith shop features two interactive wand elements, but also some old props from the Jaws ride, including various chains and a rope ladder. 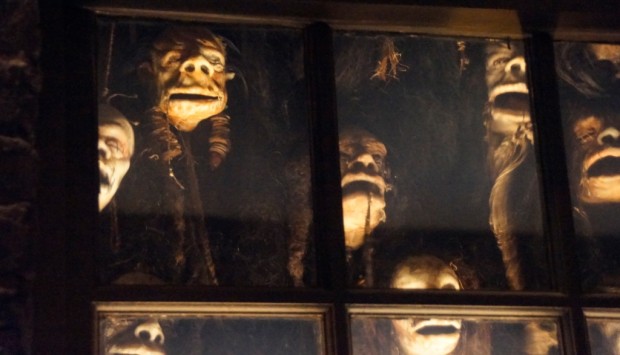 Another interactive wand element that features a Jaws tribute is located in Knockturn Alley. These shrunken heads like to sing many songs, but one song in particular, “Show Me the Way to go Home”, is one that Brody, Hooper and Quint sing in the film.

Diagon Alley is so detailed, there may be even more Jaws tributes to be discovered. We will update this post if something new is found.

We’ve also compiled the known references into a video:

Out of the Loop: Holiday World announces ‘Thunderbird’, a launching wing coaster for 2015

Experience Halloween on the High Seas aboard Disney Cruise Line

A Celebration Of Harry Potter returning for...