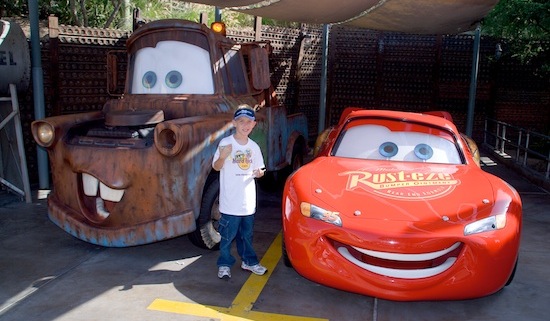 A classic car show is coming to Downtown Disney this weekend, but as with most things Disney does, it’s more than a usual car show.

The three-day event (May 13 to 15) called Car Masters Weekend is devoted to all things cars, with activities from 10:30 a.m. to 6 p.m. each day at Downtown Disney West Side

• The family-friendly weekend will feature special merchandize from the upcoming “Cars 2” movie, including new Ridemakerz models, and bonus entertainment.

• Guests can take part in a variety of “Cars 2”-themed activities, including a video kiosk, e-photo opportunities, games and giveaways. They can also enter the “Agents on a Mission” sweepstakes, which features 18,000 prizes, including a new car.

The “Cars” movie will return to the big screen with a limited engagement viewing at the AMC theatres throughout the weekend. Moviegoers can also catch a glimpse of the new movie trailer from “Cars 2,” which gets the green flag June 24, presented in Disney Digital 3D and IMAX 3D in select theaters.

Thanks designed for sharing such a nice thinking, piece of
writing is nice, thats why i have read it completely