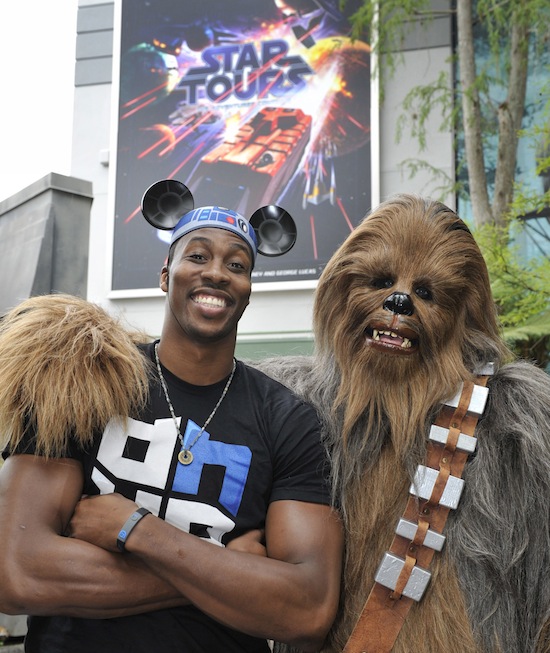 Howard was just honored with his third straight NBA Defensive Player of the Year Award and finished second in the NBA MVP voting this season.

Notice the newly replaced Star Tours poster on the outside of the Star Tours attraction. The new 3D Star Tours opens May 20. Stay tuned to Orlando Attractions Magazine for more as the date nears.