A day in the life of a Disney ambassador

The Dec./Jan. 2009 issue of Orlando Attractions Magazine features a story on the Walt Disney World Ambassador Program. There were a couple of companion stories that we didn’t have room for in our print edition. Below is a look at a day in the life of 2008 Ambassador TC Newman. Also look for our interview with the very first Disney World ambassador and unpublished photos in our Photo Gallery. 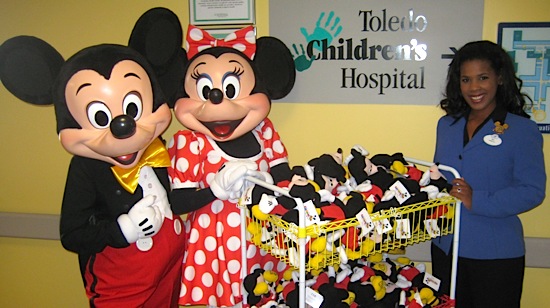 When asked to describe a typical day in her role as a Walt Disney World Ambassador, TC Newman laughed. “Oh, I wish I could give you a typical day. But every day has been so filled with surprises around every corner. We say that we like to keep an office schedule but it often doesn’t work that way.” So we asked her just describe the day she’s having while talking to the magazine. Here’s her (exhausting) response:

“Today is pretty calm. I started off this morning visiting with our housekeepers at Disney’s Old Key West Resort. We celebrated a cast member who has worked with us for 15 years. Today was her anniversary and we got to celebrate with her with balloons and a certificate from the Ambassadors Team and we named her an honorary ambassador for the day. After that, I drove to Disney University, which is an area where our cast members are able to go and take classes for personal enrichment as well as training classes for their particular roles. And I gave a one-hour presentation on Disney heritage. This morning it was specifically on the story of Disney’s Hollywood Studios. Then, I came into the office and I’m talking to you. My day will continue on with a Town Hall Meeting over at Disney’s Wide World of Sports complex, where I’ll get a chance to hopefully inspire a lot of our cast members there and of course introduce the big cheese himself, Mickey Mouse. So today’s going to be a lot of fun.”

The Ambassador stories were written by Deborah Brauser. You can follow her travel tips blog at orlandotravelwriter.wordpress.com.

For subscribers who've received damaged magazines in the mail

Details revealed about the Disney 100 Years...