Disney’s Art of Animation Resort will be opening in stages, with the first section opening this May. The resort will feature many family suites and some standard rooms (opening Dec. 31). The resort will offer three swimming pools and four playful courtyards — one for each section of the resort. The suite sections include Finding Nemo, Lion King and Cars. The Little Mermaid section will feature the standard rooms. Let’s take a look down at the construction progress. Click on any of the photos to view them larger. 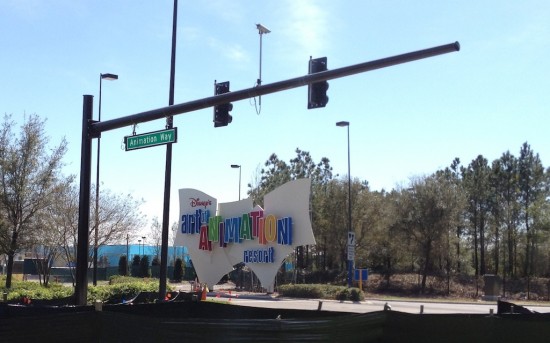 The entrance to the new resort is just down the street from the Pop Century Resort. In fact, this area and some of the buildings were originally going to be part of the Pop Century. From the street, you can see a new sign has been put up. You can also see the resort is located on the new Animation Way. 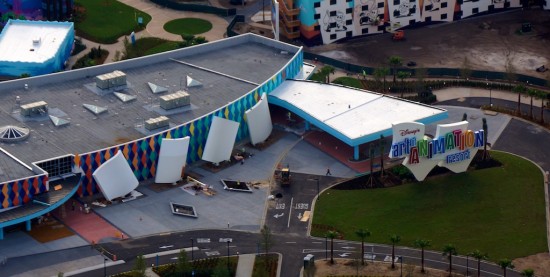 Back in the air, you can see a similar sign has been put up at the lobby entrance. The Disney Parks Blog reported the sign is 46 feet, six inches long and it is the largest freestanding marquee at Disney World, and 18 inches taller than the famous Hollywood sign in Los Angeles. 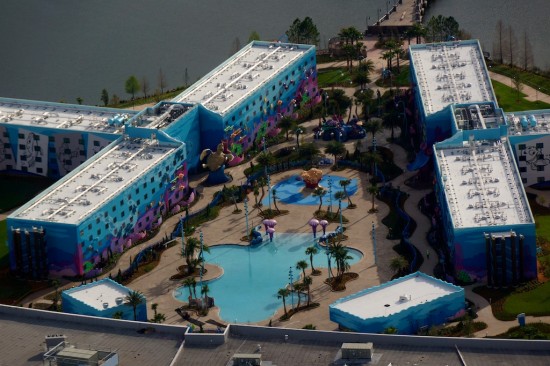 The first wing to open (on May 31) will be the Finding Nemo area. As you can see, it looks just about ready to go. This will be the largest pool at the resort. The bridge at the top of the photo leads to the Pop Century resort. 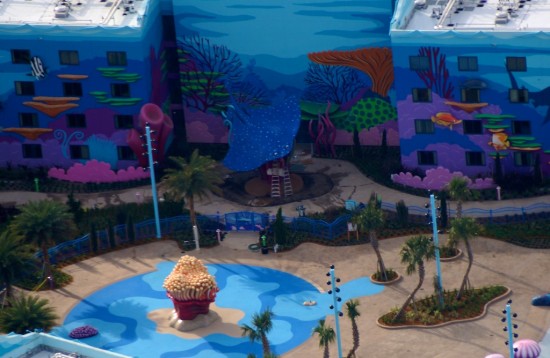 One of the buildings has a huge Mr. Ray just outside the door. 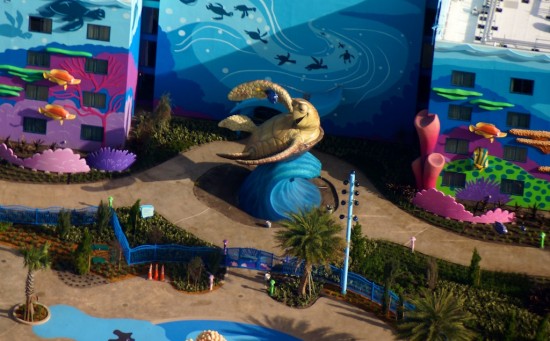 A huge Crush is just across from Mr. Ray outside the other building. 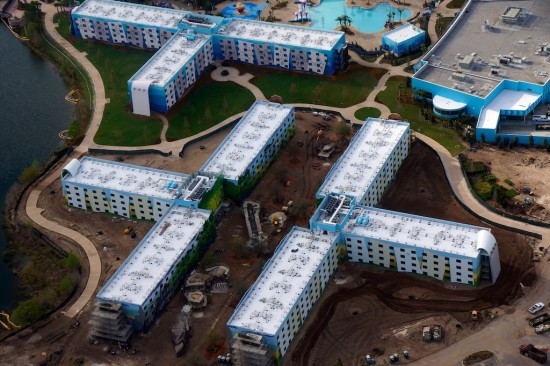 There’s less to see at the other wings. This will be the Lion King section. It will be the only section without a swimming pool. 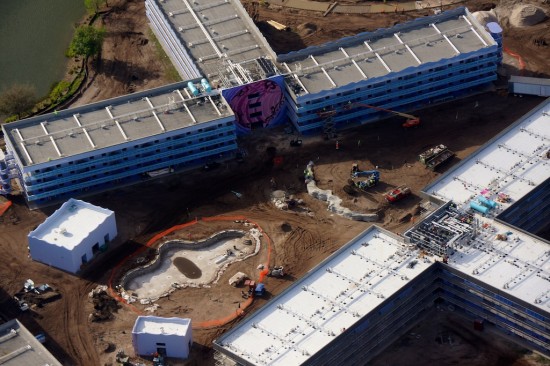 This will be The Little Mermaid section. This wing will house the standard rooms. 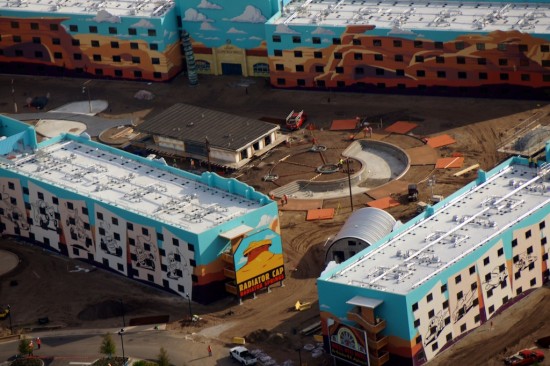 The Cars area looks like it will probably be the second area to open, and a lot of fun. Below are some more photos of the Cars area: 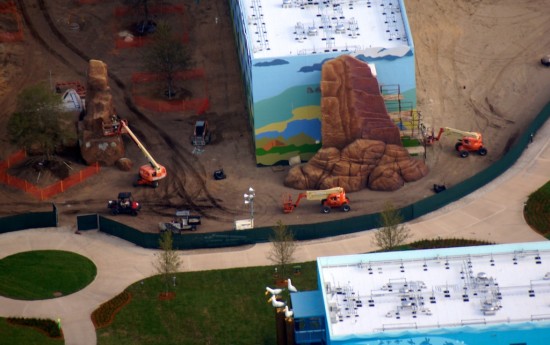 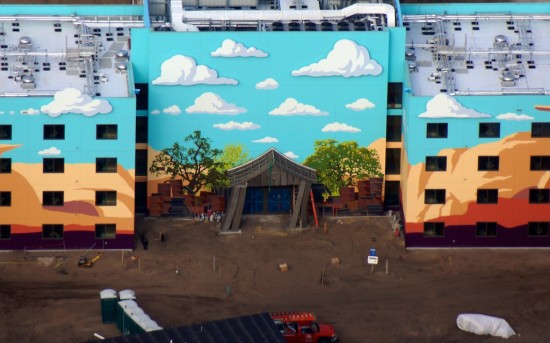 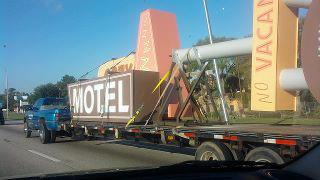 As we were flying above the resort, reader Dani Dennison-Perez saw this pass her on the highway, on its way to the cars section of the Resort.

Here’s our video of the resort flyover:

We will be staying here starting June 16 for a week!! Should be a great time!!!

Theme Park Foodie: Disney, give us the...

Life After Disney, Part 4: Painting on...