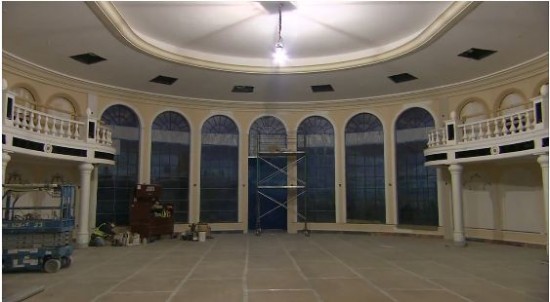 The Disney Parks Blog has released a new video offering a first inside the Beauty and the Beast restaurant that’s currently under construction in the New Fantasyland at the Magic Kingdom. The Be Our Guest restaurant will feature multiple dining rooms and will transform from counter service during the day to table service at night.

In the video below, Walt Disney Imagineering Senior Concept Designer Ted Robledo reveals a massive mural that will set the scene and serve as the restaurant’s backdrop. Ted shows how they combined digital technology with traditional artistry to create this mural that will line the grand ballroom, an iconic location from the film that’s being recreated for guests to dine inside.

Here is a closer look at the mural from the digital rendering to the hand painted final product. 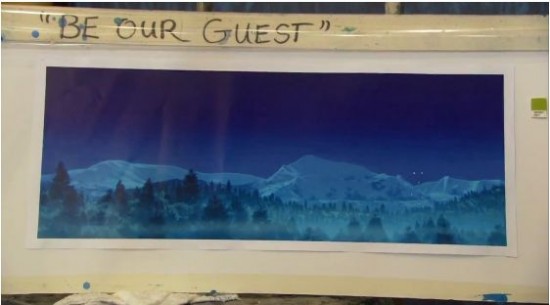 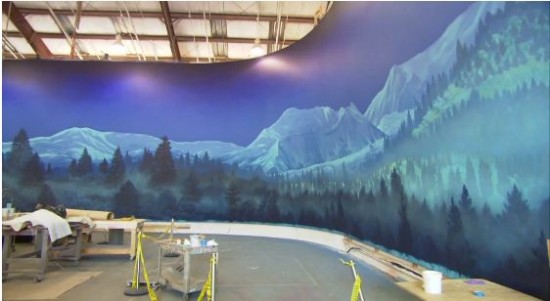 Here is a comparison of the concept art and current progress on the ballroom inside the restaurant: 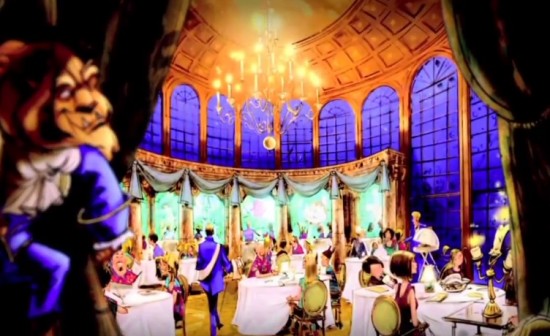 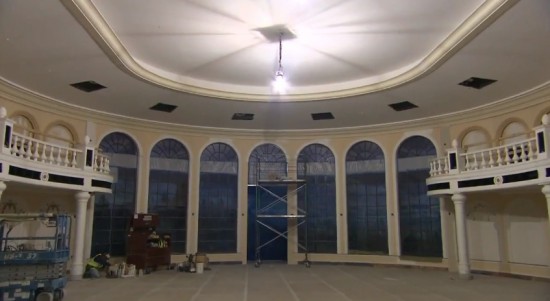 And a look at the outside of the building shows Beast’s castle far off in the distance. 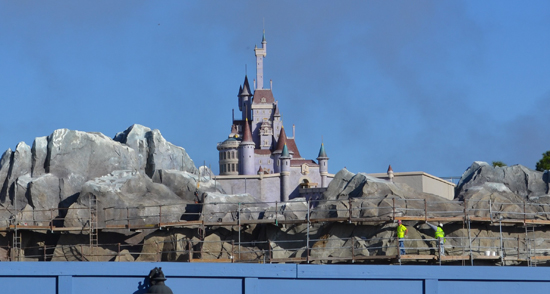 The Be Our Guest restaurant is scheduled to open later this year, along with the surrounding “Beauty and the Beast” themed area that includes Gaston’s Tavern and a meet and greet with Belle.

Wow!! I can’t wait to visit again with my granddaughter. We have been to Disney twice and we are looking forward to seeing this new theme park. Thankyou for your wonderful preview pictures.

Do we have any dates on when this will be opening?