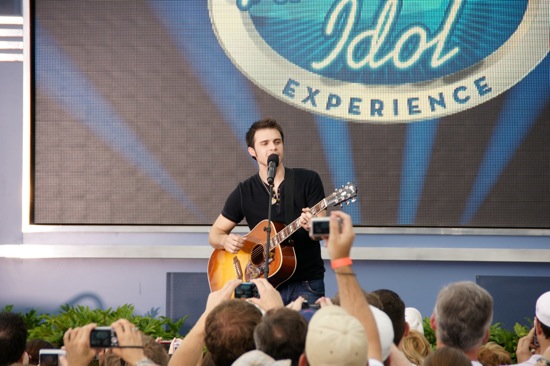 American Idol winner Kris Allen previously exclaimed that he was “going to Disney World” and today he did, in fact, appear at Disney’s Hollywood Studios. He arrived via motorcade down the park’s main street, Hollywood Boulevard, greeted by hundreds of fans.

He ultimatedly made his way onto a stage in front of The American Idol Experience where he answered a few fans’ questions and then performed the song “Heartless,” which we bring a video of here:

We’ll have even more photos and video of Kris Allen at Walt Disney World throughout the day including the complete fan Q&A, his appearance inside The American Idol Experience attraction, and a Q&A with the media.

So keep checking back! 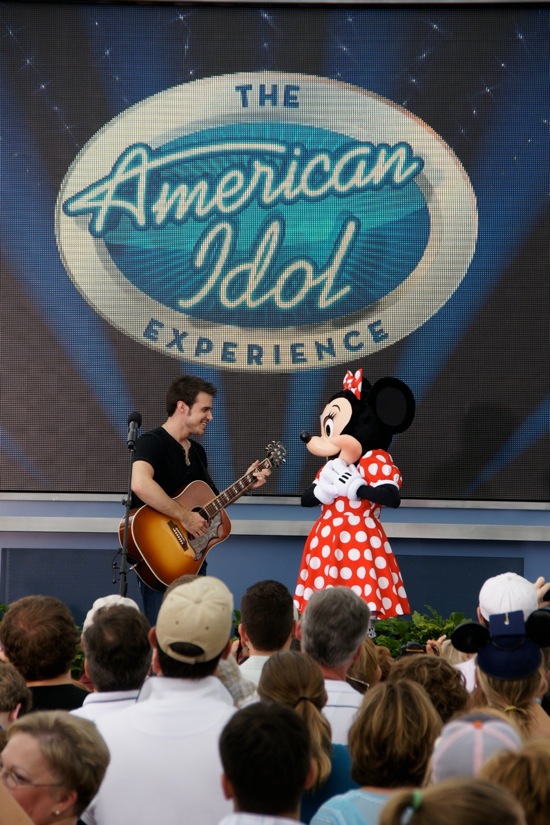