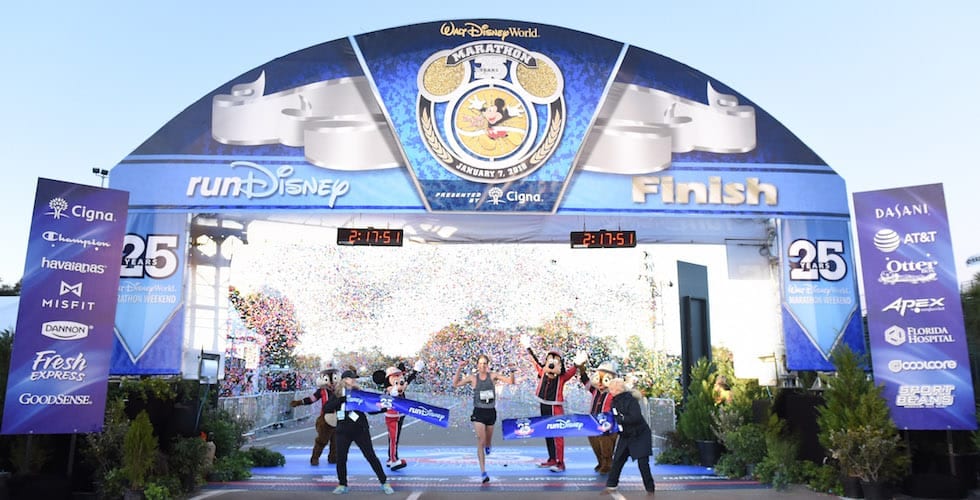 Nick Hilton is the first American to win the Walt Disney World Marathon in 14 years.

On the 25th anniversary of the Walt Disney World Marathon, the era of Brazilian dominance over the race ended as Nick Hilton became the first American to win the race since 2004.

Hilton, 28, is the fourth American runner to ever win the 26.2-mile race that spans all four Disney theme parks and the ESPN Wide World of Sports Complex. The last American to win the race before Hilton was Matthew Dobson, 14 years ago. Before Hilton’s win this past Sunday, a Brazilian runner had won the race six of the past seven years.

As for the women’s division, the race remained in the hands of Brazil, as Giovanna Martins of Sao Paulo won for the third time in the past four years. Martins is now the only three-time female winner in the race’s history.

Hilton’s win also had greater significance. In addition to his win coming one year after getting engaged at Walt Disney World, his winning time qualified him for the U.S. Olympic Team Trials for the 2020 Summer Games.

“I feel amazing,” said Hilton, previously not having much success in marathon races. “The marathon has been a mixed bag for me, so to come back to a place [Walt Disney World Resort] that means a lot to me and my wife, and to come back and win, feels amazing.”

His feelings of amazement came at a cost, and his fellow racers made him earn it. Hilton went up against three other contenders. Hilton didn’t pull away into the lead until the late stages of the race, and finished with a time of 2:17:52 – more than two minutes ahead of Vanilson Neves of Sao Paulo (2:20:25), who was followed for third place by Nicholas Caprario of Kansas City, Miss. at 2:21:31.

“I had a great group of guys who ran with me,” said Hilton. “By about mile 20, there were two of us and we started running some 5 flats [five-minute mile pace]. I just happened to hold on a little big better towards the end of the race.”

The Disney Marathon Weekend, which started in 1994 with one race and about 8,000 runners, has now grown to more than 100,000 runners and spectators in its 25th year. Over the years of its operation, nearly one million people of various ages and abilities have participated in a Walt Disney World Marathon Weekend race, including 76 people who have now run all 25 Disney marathons.

To celebrate the anniversary, every runner was given a commemorative finisher’s medal and 25th anniversary Mickey Mouse ears after crossing the finish line at Epcot. There were also special entertainment experiences every half-mile along the course, including a 100-member choir near Mile 26, full marching bands in three of the theme parks, nostalgic Disney movie soundtracks playing along Main Street U.S.A., and even meet-and-greet opportunities with Disney characters throughout the course.

The marathon was the final day of a five-day-long race weekend that featured kids’ races, a 5K, a 10K, and a half-marathon before Sunday’s full marathon, as well as the runDisney Health & Fitness Expo.

For more information about this past race weekend, and to learn more about registering for the next four Disney race weekends, visit runDisney.com.