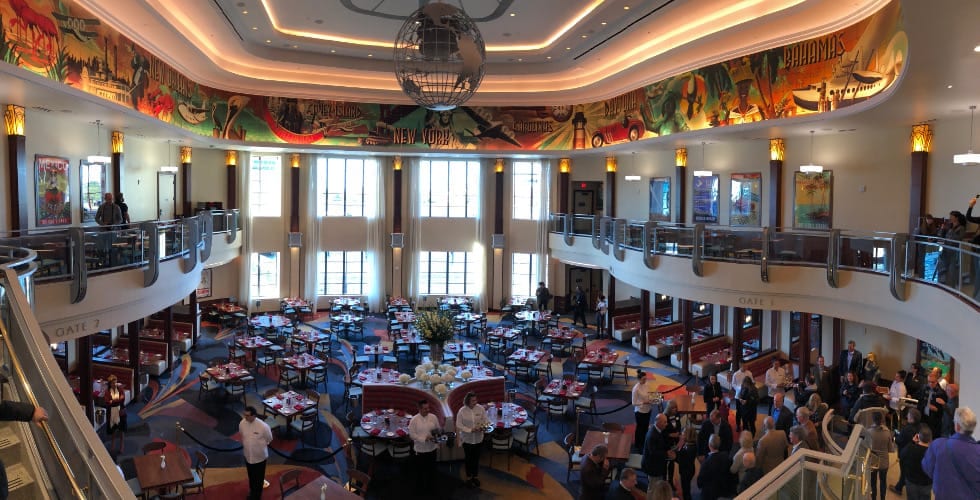 Late last year, we brought you a construction preview of Maria & Enzo’s and its sister restaurants at The Landing, on the former site of Pleasure Island at the recently reimagined Disney Springs. Now, the Patina Restaurant Group (PRG) has opened the doors of their new Italian restaurant. The new dining destination brings to Disney Springs Italian cuisine, courtesy of Executive Chef Theo Schoenegger. The restaurant officially began serving dinner to the public on Jan. 5. Lunch and brunch service will begin later this month (updated hours and special events available on the restaurant’s Facebook page).

An intimate Italian trattoria set in the once-abandoned Disney Springs airline terminal from the 1930s, now transformed into a restaurant. The dining room is open and airy, featuring 50-foot ceilings with views of Lake Buena Vista. The restaurant interiors showcase artifacts that recall air travel of the time, with brightly illustrated pictographs, reimagined air terminal boarding gates and a First Class Lounge where randomly selected guests are upgraded upon arrival. 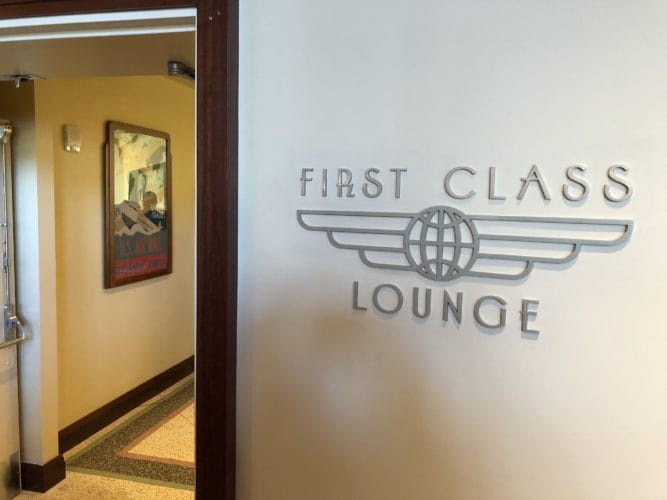 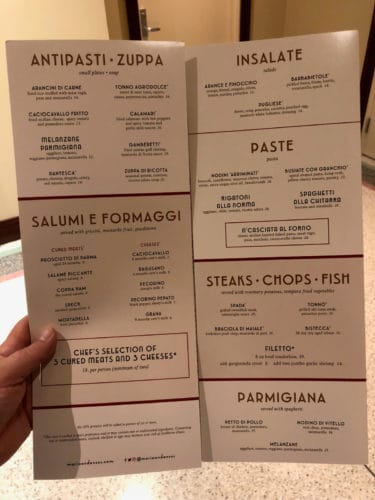 Patina Restaurant Group collaborated with Walt Disney Imagineering to create the story for Maria & Enzo’s. The backstory is that the restaurant was the dream of Maria and Enzo who met in Italy before moving to Florida in the 1920s, and wanted to introduce Italian cuisine to the townfolk of the bustling Disney Springs. An airline pilot, Enzo was drawn to an abandoned airline terminal, which became the spacious setting for the restaurant.

“The story behind Maria and Enzo is one of travel, food, love and friendship, all steeped in Italian tradition,” said Nick Valenti, CEO of Patina Group. “Their story is set in a long-forgotten sea-plane air terminal that became the setting for the restaurant.

“We couldn’t be happier to have a chef as talented as Theo Schoenegger,” Valenti continued. “A native Italian with an incredible repertoire, his cooking has a delicious authenticity that brings the story to life.”