We’ve heard of escape room experiences inspired by everything from zombie horror to Sherlock Holmes, but how about Hebrew history? OneBefore — which is billed as the first Jewish escape room in America — is now open in Brooklyn, New York, featuring puzzles based on the literature, genealogy, and traditions of orthodox Judaism. 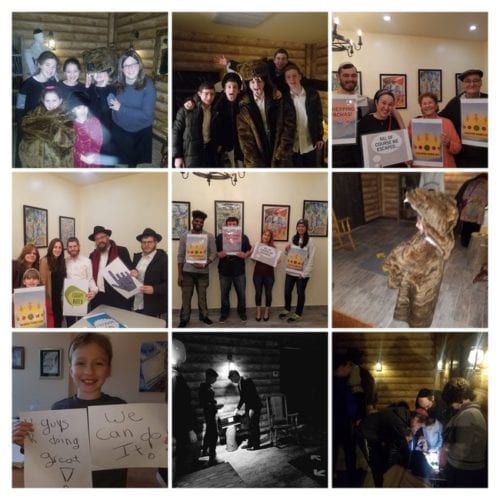 OneBefore Escape Room is the creation of Gamliel Beyderman, a Russian-born, Orthodox Jewish data scientist who was inspired by his teenage son’s fascination with escape rooms. Beyderman’s first escape room location is in Midwood, a predominantly Orthodox Jewish neighborhood in Brooklyn. No background in Jewish studies is necessary to complete the room, and Jews and non-Jews alike are welcome to play.

The original “Shpola” escape room at OneBefore dramatizes the genealogical discoveries made by Dr. Jeffrey Mark Paull in his quest to illuminate his family’s lost connection to the past, as documented in his book A Noble Heritage. 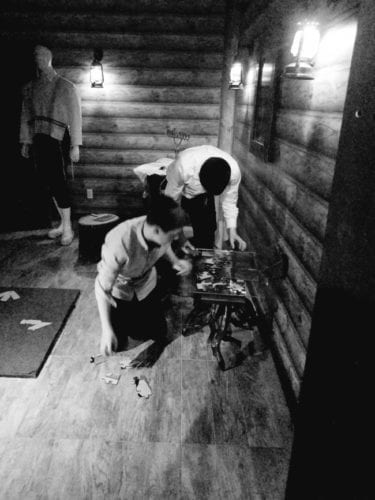 Beyderman’s says, “I was amazed that [Paull] restored every single ancestral link connecting himself to the Shpoler Zeide, Rabbi Pinchas Koritzer, Rashi, and ultimately King David. As Jews, we are surrounded and comforted by the stories of their mighty deeds, their Torah – every day. My idea was to take the visitors of our escape room right into those stories through the escape room puzzles.”

A second “Rashi” escape room at the same location is currently under construction. The new room is an attempt to recreate a trip through the 20 generations of the Shapiro Rabbinic dynasty, and promises to take the visitor on a journey to meet the 18th century mystic, Rabbi Pinchas Koritzer. The themes range from saving the manuscripts of Rabbi Pinchas from the flames of the Holocaust to the Jewish mystical numerology (gematria), to the story of the Bible commentator Rashi.

The escape room accommodates up to twelve players, and costs $30 per person. The OneBefore facility accommodates school trips and features the Shpoler Zeide Gallery, a 35-person event space that doubles as a fine art gallery focused on the themes explored in the escape room.

For more information visit onebeforeescape.com, and watch these videos of some other (non-kosher) escape room attractions: