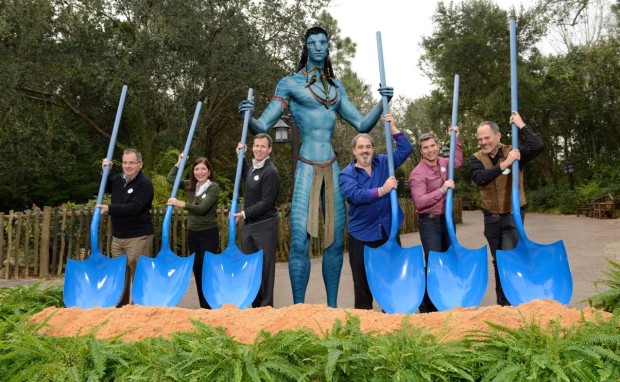 Only days after closing Camp Minnie-Mickey, construction has begun on the world of Pandora at Disney’s Animal Kingdom.

“Disney’s Animal Kingdom is already home to some of our guests’ favorite attractions,” said Staggs. “With Avatar, we are adding a spectacular new world and an exciting set of attractions unlike any our guests have experienced. The expansion now under way will make the park a true full-day, must-see experience.”

The largest expansion in Disney’s Animal Kingdom history, Avatar will invite Walt Disney World Resort guests to experience the wonders of Pandora when they fly with the banshees, encounter the Na’vi and explore a rich cultural environment with mountains that float and interactive plants that glow at night.

You can read more about Avatar land and see some concept art for the area on our blog. The land takes the former place of Camp Minnie-Mickey. See a video walkthrough of that area here: