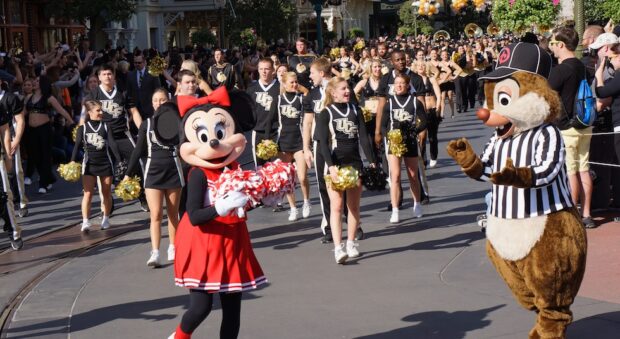 Players and fans alike are still celebrating the University of Central Florida’s big win at the Fiesta Bowl, including Walt Disney World, which held a special parade for them on Jan. 12, 2014 at the Magic Kingdom.

On Jan. 1, UCF beat Baylor University at the Fiesta Bowl 52-42, becoming the first BCS bowl game victory for the school and giving them a number 10 ranking. This season also set a mark for most wins in a season at the school with a 12-1 record.

Featured in the parade were Coach George O’Leary, the coaching staff, the football team, the UCF Marching Knights, cheerleaders and Disney characters. See the full parade in our video here:

The popularity, yet lack of Disney Villains...

Taste of Epcot International Festival of the...