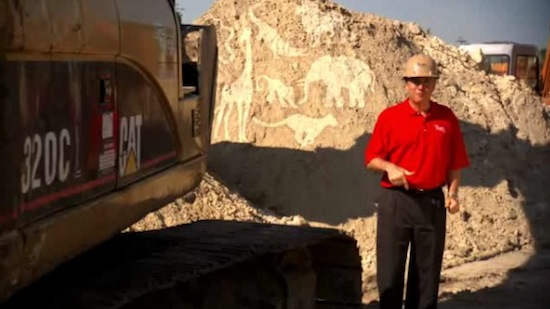 For several weeks now, guests entering Busch Gardens Tampa Bay have been met with construction walls in the southeastern corner of the park, and many have speculated as to what is coming. From what we know so far, it’ll allow you to “feel the spirit, feel the speed”.

Other clues revealed in short videos on BuschGardens2011.com tell us this attraction will also feature acceleration, power and agility. Most of the shots in the videos feature a close-to-the-ground point-of-view of something running, chasing its prey through the grasslands. This leads us to speculate it’ll be some sort of low-to-the-ground, fast take-off roller coaster based on the fastest animal on land, cheetahs.

But that’s just our best guess. No more official details have been released. I think Busch Gardens’ park president Jim Dean enjoys teasing us. Here’s a video he just sent me from the construction site.

Sounds like in addition to the fast ride, the attraction opening next spring will also feature an immersive animal encounter. We’ll bring you more details as we get them.

Have a fun, risque time at the new Treasure Tavern dinner show – Video/Photos

I see a coaster like Maverick in Busch Gardens future also.