Have a fun, risque time at the new Treasure Tavern dinner show – Video/Photos 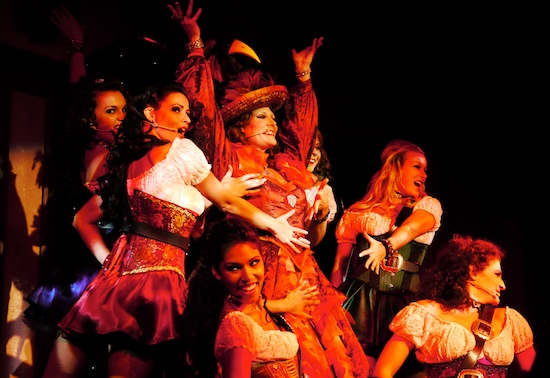 If you’re looking for a fun night out without the kids, a new adult dinner show has opened up just off International Drive. Treasure Tavern features a unique combination of dancing and exotic acts with an overtone of comedy and adult fun surrounding a great three-course meal. 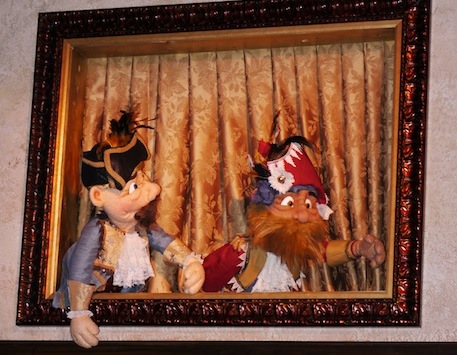 The show is themed around Gretta Von Keagel, a widowed tavern owner who acts as the mistress of ceremonies. Gretta has assembled a cast of characters, singers, dancers and entertainers from around the globe to entertain you. But don’t expect to just sit back and watch the show. The night starts with the beautiful “rum girls” serving their namesake punch, and a roaming trio of comedians chatting table to table. Through the evening different members of the audience will become a part of the show and everyone is expected to toast to the pub’s motto and clap along to the songs.

“The reaction of the audience has been outstanding,” says Imre Baross, vice president & executive director of entertainment, for Treasure Tavern. “They are engaged and entertained and the reviews we have received have given us encouragement that Treasure Tavern will be a success.”

The performers are expected to change as the show goes on, but for now, the specialty acts include:
• Poopsie, a silent magician/comic
• Duo Divorceski, an acrobatic couple from Canada and Bulgaria
• Ugna, a contortionist from Mongolia
• Rob, Lute, Grift and Jinx, a comedy troupe
• Pavel and Karima, Quick change artists from Russia
• Two puppet pirates with attitudes 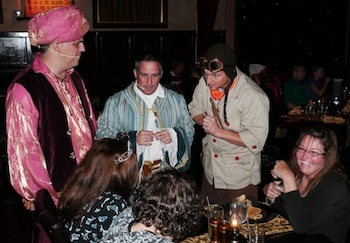 Theme park fans may have seen those playing the roles of Poopsie, Rob, Lute, Grift and Jinx in different roles at Disney World, SeaWorld, Universal and other Orlando-area attractions.

Shows run five nights a week, with two shows on Friday and Saturday. Only those 18 and up will be admitted. Admission is $49.95 with dinner. But you can skip dinner and just enjoy the show for $24.95.

Icon Park teams up with iHeartRadio to add...

Live pirates will hassle you while you putt...