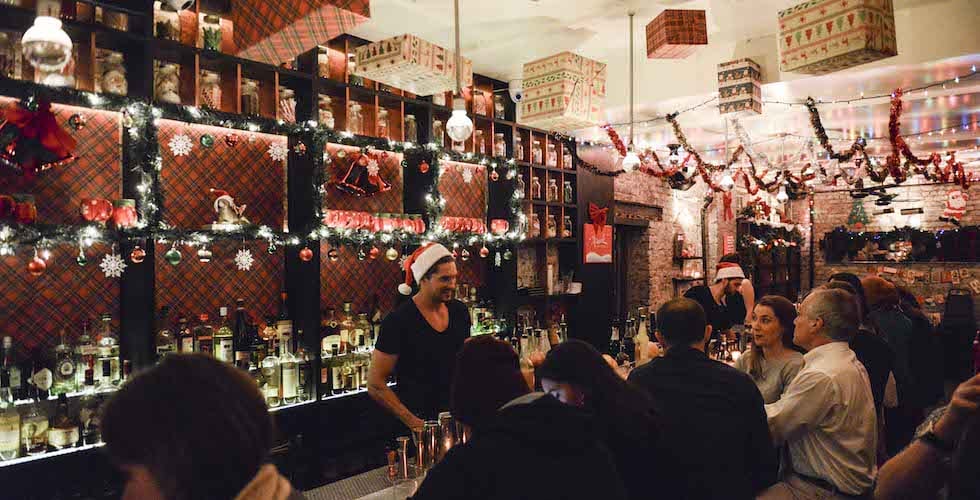 Bars all over the world will be taken over by the Miracle pop-up bar this holiday season.

Miracle, the Christmas pop-up bar that launched in New York City in 2014, is coming to Orlando, as well as 49 other locations around the world this holiday season.

Starting the day after Thanksgiving, Friday, Nov. 24, Miracle locations throughout the U.S. and around the world will offer seasonally-themed drinks in a holiday setting through Christmas Eve on Sunday, Dec. 24. Miracle owner Greg Boehm and manager Joann Spiegel are hoping to expand the concept all over the country, with pop-ups in Canada, Europe, Asia and Central America.

“Seeing the initial success of Miracle and the subsequent growth over the past several years has been an absolute thrill,” said Spiegel. “We’re so pleased that bar-goers have taken a liking to our nostalgic idea of holiday cheer, and we’re very proud of both the cocktail line-up and the bar partners we have for the 2017 season.”

Spiegel, together with bartender Nico de Soto of Mace and Danico created the roster of beverages served at all Miracle locations, including the “Snowball Old Fashioned” and “How the Gimlet Stole Christmas,” to the “Run Run Rudolph.” All drinks will be served in Cocktail Kingdom’s custom-made Miracle glasses, including mugs, coupes, highballs and rocks glasses.

New for this year some of the glassware will be available to purchase at select Miracle locations, with 10 percent of the sales donated to Action Against Hunger. To make the locations have that perfect festive feel, each Miracle bar will be decorated with lights, garlands, ribbons and other holiday baubles to keep spirits bright. A soundtrack of holiday tunes will also be played throughout the season.

Florida’s Miracle locations can be found in Delray Beach, Fla. at Death or Glory, and here in Orlando at The Courtesy Bar. Check out the 2017 Miracle Cocktail Menu below: