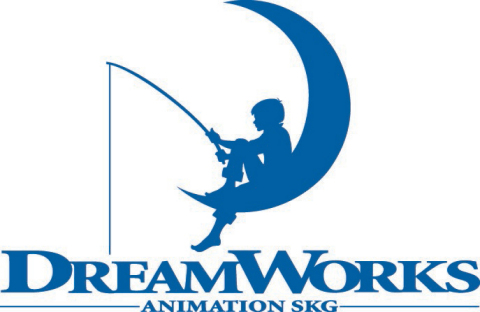 DreamWorks Animation has been bought by Comcast for $3.8 billion

The movie and theme park industries were rocked today when Comcast, parent company of NBC and Universal Studios, announced it was acquiring Dreamworks Animation — home of Shrek and Kung Fu Panda — for $3.8 billion dollars.

“DreamWorks Animation is a great addition to NBCUniversal,”  BusinessWeek quoted Steve Burke, CEO of NBCUniversal, as saying. “Jeffrey Katzenberg and the DreamWorks organization have created a dynamic film brand and a deep library of intellectual property. DreamWorks will help us grow our film, television, theme parks and consumer products businesses for years to come. We have enjoyed extraordinary success over the last six years in animation with the emergence of Illumination Entertainment and its brilliant team at Illumination Mac Guff studio. The prospects for our future together are tremendous. We are fortunate to have Illumination founder Chris Meledandri to help guide the growth of the DreamWorks Animation business in the future.”

Following the completion of the transaction, DreamWorks Animation CEO and co-founder Jeffrey Katzenberg will become Chairman of DreamWorks New Media, which will be comprised of the company’s ownership interests in Awesomeness TV and NOVA. Katzenberg will also serve as a consultant to NBCUniversal.

“Having spent the past two decades working together with our team to build DreamWorks Animation into one of the world’s most beloved brands, I am proud to say that NBCUniversal is the perfect home for our company; a home that will embrace the legacy of our storytelling and grow our businesses to their fullest potential,” said Katzenberg. “This agreement not only delivers significant value for our shareholders, but also supports NBCUniversal’s growing family entertainment business. As for my role, I am incredibly excited to continue exploring the potential of AwesomenessTV, NOVA and other new media opportunities, and can’t wait to get started.”

The acquisition includes popular DreamWorks Animation film franchise properties, such as Shrek, Madagascar, Kung Fu Panda and How to Train Your Dragon. Additionally, DreamWorks Classics, a large library of classic characters, including Where’s Waldo, and Rudolph the Red-Nosed Reindeer, will become part of the NBCUniversal portfolio, along with a successful consumer products business.

Keep in mind that DreamWorks Animation is a completely separate company from DreamWorks SKG, which spun off its animation division in 2004. DreamWorks SKG was under a distribution contract with Walt Disney Pictures, but that pact expired in 2016. DreamWorks is now a brand name under Steven Spielberg’s Amblin Partners, which will distribute live-action films through Universal in a deal separate from the one announced today.

So what exactly does all this mean for theme park fans? Universal has already had the rights to use DreamWorks Animation properties in its parks; hence the long-running Shrek 4-D film, and complete Shrek and Madagascar lands in Universal Studios Singapore. But those rights weren’t previously exclusive, resulting in projects like the under-construction Motiongate Dubai, which heavily features DreamWorks Animation franchises including “Kung Fu Panda” and “How To Train Your Dragon.’ Closer to home, SeaWorld struck a licensing deal for “Rudolph the Red-Nosed Reindeer” just last year. Universal’s purchase wouldn’t instantly invalidate existing licensing agreements, much as Disney’s purchase of Marvel didn’t sever Universal’s rights at Islands of Adventure. So it will surely take a team of lawyers to determine what restriction Universal’s parks would face in building DreamWorks Animation attractions.

But once the smoke clears, DreamWorks Animations could easily form the basis for a new land in a Universal park, or even an entire gate. The Shrek films are long past their prime, but the characters still have worldwide recognition; Kung Fu Panda 3 just earned over half a billion dollars at the domestic box office; and How To Train You Dragon is just begging to become a thrill ride. Throw in a few other DreamWorks-owned characters like Frosty, Santa, and even Voltron, and Universal Orlando could fill up the new property they purchased without having to turn to third-party licenses (as they did for Harry Potter).

This is all just speculation at the moment, but much like Disney’s acquisitions of Marvel and Lucasfilm, you can expect Comcast to begin fully exploiting their DreamWorks Animation purchase as soon as possible.

Here’s a look at what meeting Toothless from “How to Train Your Dragon” may look like:

Toothless from "How to Train Your Dragon" meets press at Cannes