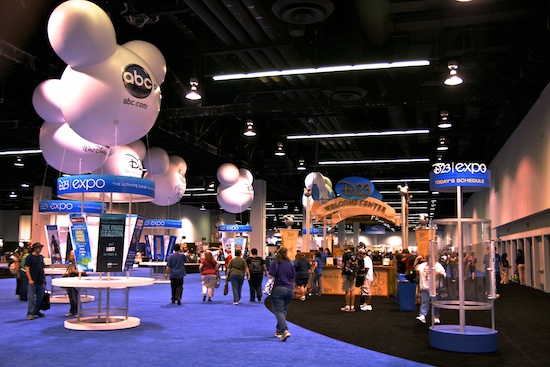 The first-ever D23 Expo in 2009 left Disney fans asking when there would be another. Now’s the time to start planning. Tickets and special packages are on sale now for a three-day event that will bring the entire world of Disney under one roof at the Anaheim Convention Center in California next Aug. 19 to 21. 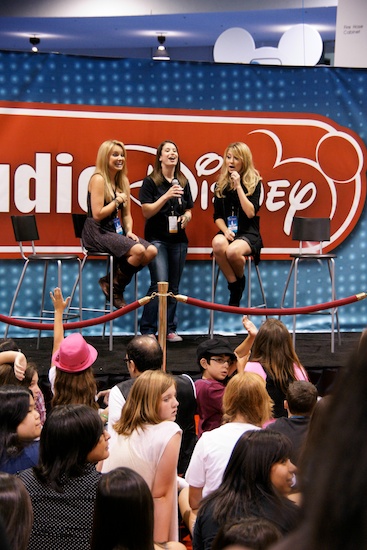 In addition to these advance-purchase savings, D23 Members can also buy new D23 EXPO VIP packages that are only available to members. These new packages offer exclusive opportunities and will have very limited availability.

The Premier Package includes:
• Three days of admission to the D23 EXPO
• Reserved seating at all events and presentations in the Arena
• Access to a relaxing Premiere Lounge with concierge and complimentary refreshments, as well as a special exhibit from the Walt Disney Archives
• A D23 EXPO autograph book
• A special Premiere Package gift bag
Only 250 Premiere Package tickets will be available at $500 per ticket.

The Sorcerer Package includes:
• All benefits in the Premiere Package
• A private tour of and reception in the “Treasures of the Walt Disney Archives” exhibit the night before the Expo opens
• Exclusive hardhat tour of the show floor prior to opening
• Limited edition artwork signed by Disney artist Dave Pacheco
• Reserved seating at all presentations and panels
• A voucher for an appointment with an on-site massage therapist
• Special shopping opportunities at the Disney Dream Store
• A hardbound, collectible D23 EXPO guidebook.
The Sorcerer Package will be strictly limited to 50 D23 Members at $1,000 per ticket.

All D23 Members – both Gold level and Silver level – can take advantage of these exclusive admission savings and access to the special packages at D23Expo.com.

The D23 EXPO 2011 will also feature:
• The Disney Legends Awards – a tradition that pays tribute to the talented men and women who have made contributions to the Disney legacy

• Treasures of the Walt Disney Archives with an expanded exhibit of costumes, props and set pieces from Disney’s rich history

• Live events, special celebrity appearances, panels and presentations, sneak peeks and unique experiences that celebrate the past, present and future of Disney.

Disney fans can become members of D23 at disney.com/D23, select shops at the Disneyland and Walt Disney World Resorts and at DisneyStore.com/D23. Gold-level memberships are $74.99 per year, and Silver-level memberships – which provide all benefits with the exception of a Disney twenty-three subscription – are $34.99 a year. All discounts and special promotions are available to both Gold- and Silver-level D23 Members.