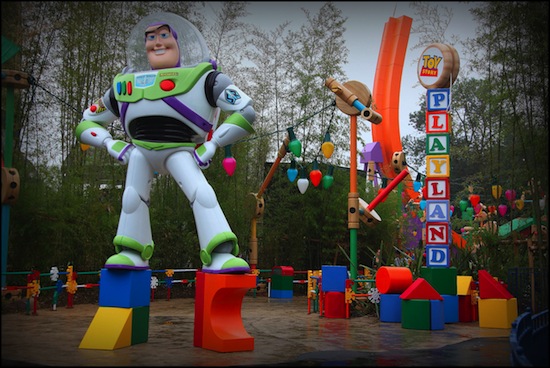 As Pixar favorites have continued to grow in popularity, they have been taking up an increasing amount of real estate in the Disney Parks. Toy Story Midway Mania has been in place in Florida and California for a few years now. Pizza Planet has been dishing out the slices of pie for probably over a decade at Disney’s Hollywood Studios. Work continues at Disney California Adventure on the new Cars Land. It should be completed in 2012. This Pixar popularity crosses over internationally too. This week at Disneyland Paris, the new Toy Story Playland officially debuted. 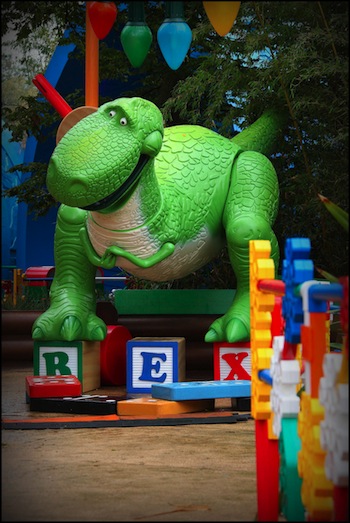 As you enter the area, you will feel as if you have been shrunk to toy size as you embark on adventures with the toys of Toy Story. Disney Imagineers utilized the natural 100-year old forest that abuts Toy Story Playland that features real trees that tower as high as 100 feet to reinforce guests’ new toy size. Everything in the area is made of toys like Tinker Toy benches and domino walls.

Set in Andy’s backyard, park-goers can experience three new attractions. Toy Soldiers Parachute Drop enlists guests into the army. Not just any army; guests join the Green Army Men and parachute 90 feet. The Slinky Dog Zigzag Spin was inspired by classic caterpillar rides. My daughters rode a similar ride at a state fair this summer. Riders sit in a coaster style seat within a slinky dog. It starts slow but goes faster and faster. Guests are whirled in a circle as the Slinky chases his tail. RC Racer is the final new attraction. Guests are shot out of a Hot Wheels station riding Andy’s radio controlled car into an 80 foot U-shaped half pipe circuit.

As fans of the movies seem to be young and old, it appears these new attractions will please both demographics. Disney continues to vary the offerings at the different parks just enough to give each park its own unique character.

Here’s an official video from the opening. Although it’s in French, the later part of the video shows some on-ride video. 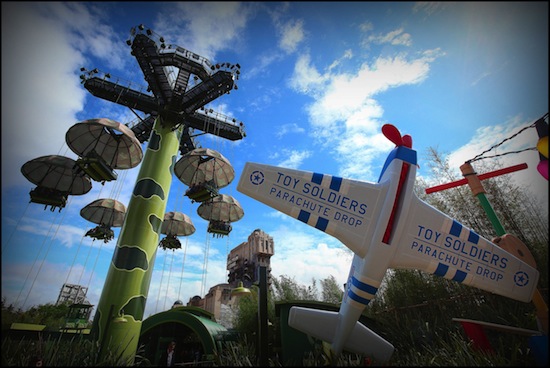