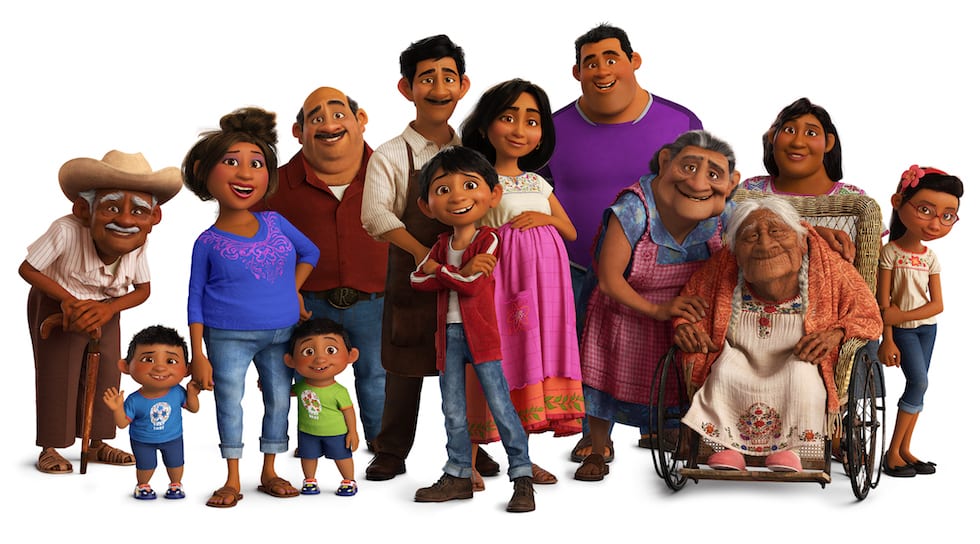 In Disney•Pixar’s “Coco,” several members of the Rivera family reside in Santa Cecilia in the Land of the Living.

Over the past few years, there’s been a growing voice from Hollywood and the public alike for more diversity across television and film. Pixar’s latest feature “Coco” makes a valiant effort to bring that diversity to the big screen by celebrating Mexican heritage and culture. It’s a story about a young boy from a Mexican village who learns about his ancestors during Dia de los Muertos

Pixar is known for their incredible storytelling, which in part comes from in-depth research for every project they touch. During production of “Finding Nemo”, for example, members of the art team were required to take courses in marine biology, oceanography, and even enroll in scuba diving to ensure the atmosphere was as accurate as possible. “Coco” is no exception. Director Lee Unkrich lead his team to Mexico after knowing he wanted to explore the tradition of Dia de los Muertos. “We immediately headed down to Mexico and started,” he explained. “Went on the first of what proved to be many lengthy research trips, to spend time learning about the traditions, learning about the culture, and spending a lot of time with many beautiful families down in Mexico.” 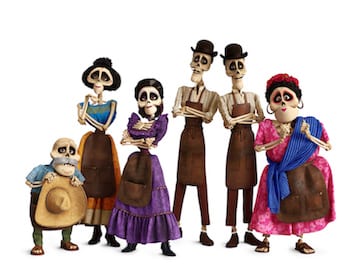 Several members of the Rivera family call the Land of the Dead home.

“Coco” is also led by an all Latino cast, a significant feat for representation in casting. It showcases stand-out performances by Golden Globe winners Gael Garcia Bernal and Edward James Olmos alongside Benjamin Bratt, Jaime Camil and newcomer Anthony Gonzalez. Even Co-Director Adrian Molina comes from a Mexican background and loved being a part of sharing his heritage. “You know, it’s one of those things that I felt like I had a lot of experience to bring to it,” he said. “It’s such a collaborative effort, and to be able to work with all of these actors, all of these musicians, and to really bring to life this culture on screen was something that I was thrilled by.”

This film couldn’t be coming out at a better time. “Nobody knew that Mexicans were gonna be treated like they’ve been treated over the last year – nobody.” Edward James Olmos decrees. “People are gonna say thank you to the Mexican culture for introducing them to a value that they did not know anything about.” With the growing Latino population in the United States, Gael Garcia Bernal touched on why this movie will leave a lasting impression on Latino children in America. “These kids are being born in a moment of huge, complete fear, and they have to fight against the lie,” he said. “It’s gonna give kids a way to feel confident of where they come from, and that they can come up with new answers to what’s needed in life that we, as humanity, need right now.”

The influence and importance of “Coco” can easily be found when looking at its reception in Mexico. It has quickly shattered the box office records by becoming the highest grossing film in Mexico after surpassing the $827 million record set five years ago by “The Avengers.”