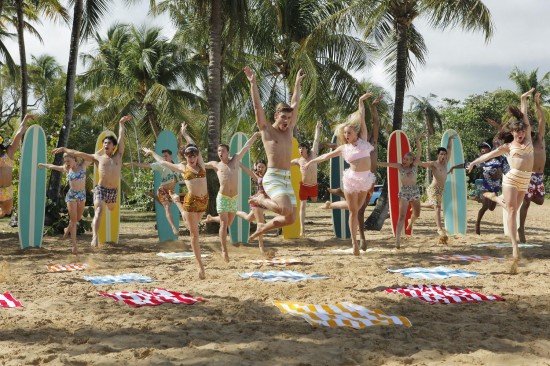 Kids, tweens and families can have an unforgettable experience of meeting their favorite stars from Disney Channel, Disney XD and Disney Junior at Disney’s D23 Expo at the Anaheim Convention Center in California August 9-11.

On Friday, Aug. 9, in celebration of “Phineas and Ferb: Mission Marvel,” a special-one hour telecast featuring the teaming of characters from two popular Disney and Marvel franchises, fans can meet the stars and characters including Phineas, Ferb, Agent P, Spider-Man and Iron Man. This will be the first appearance of Disney’s Spider-Man and Iron Man characters. The special premieres this summer on Disney Channel.

On Sunday, Aug. 11 in the Disney Channel booth, Disney Junior fans of all ages are invited to meet beloved characters from top-rated preschool series “Sofia the First,” “Doc McStuffins” (first appearance) and “Jake and the Never Land Pirates,” and enjoy a special sneak-peek screening of new Mickey Mouse cartoon shorts in Stage 28.

Popular radio personalities from Radio Disney, the 24-hour contemporary hits radio network and the only radio broadcaster for kids and families, will join in the fun every day, along with the Radio Disney Road Crew, for interactive entertainment, prizes and music from kids’ favorite artists.

Tickets to the D23 Expo are available at http://www.D23Expo.com. Admission includes access to all experiences and entertainment at the D23 Expo, including the Disney Legends Ceremony, and can be purchased for single days or for the full three days of festivities.

Take a drive with the four-wheeled stars...