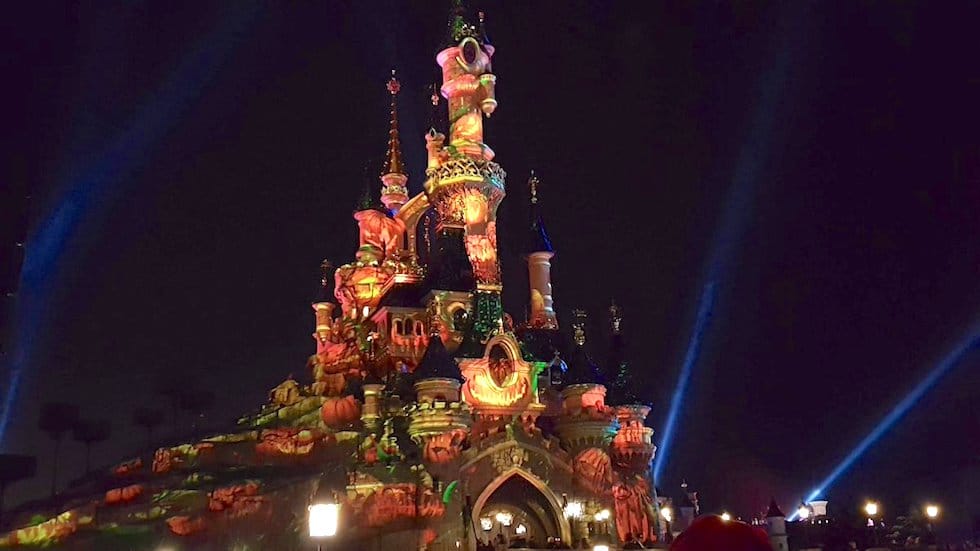 Disneyland Paris got in the spooky spirit during last night’s Halloween Party. Photos by @ED92live on Twitter. 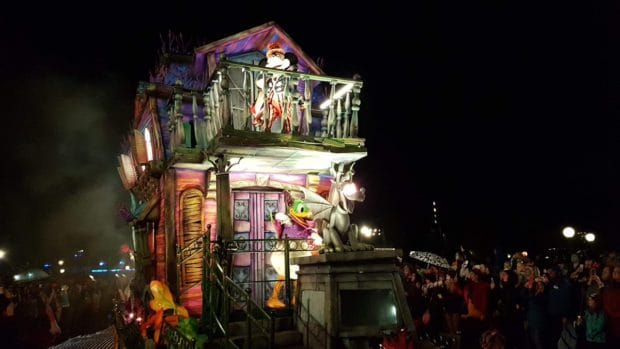 A look at Mickey’s Illusion Manor. 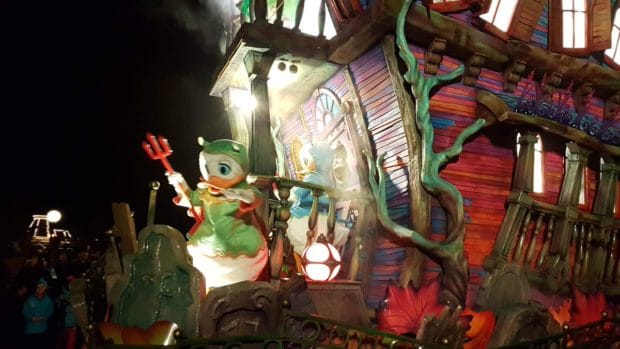 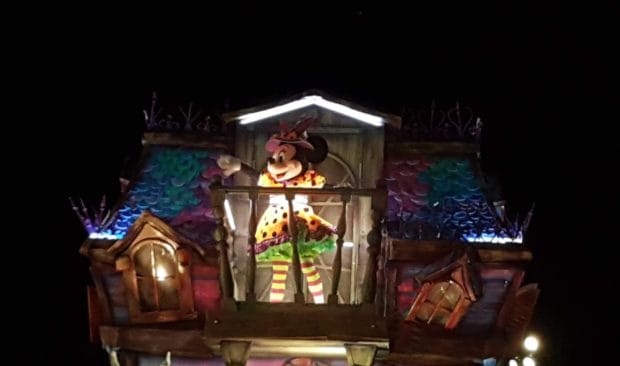 Minnie is dressed in her Halloween best!

In addition to the classic characters of Mickey and friends, the parade also featured a huge lineup of Disney Villains. 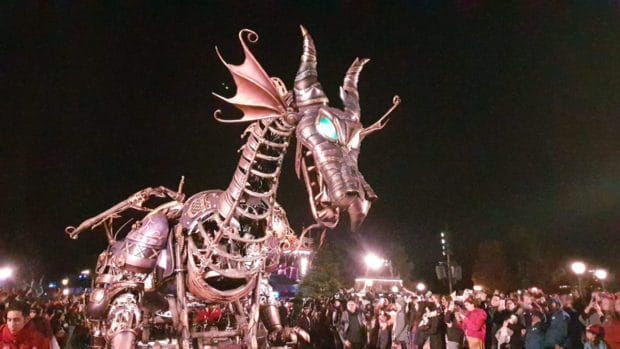 Maleficent from Disney’s Stars on Parade came to join in on the fun. 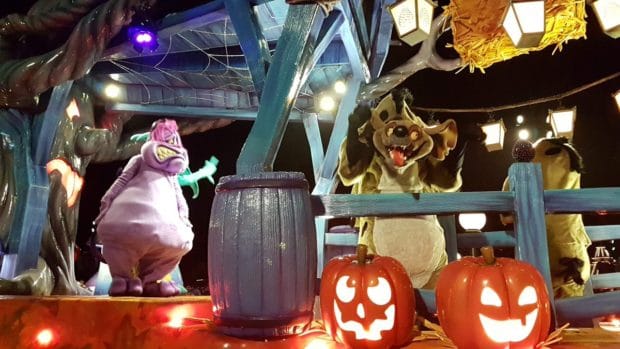 Pain, Panic and the Hyenas from “The Lion King.” 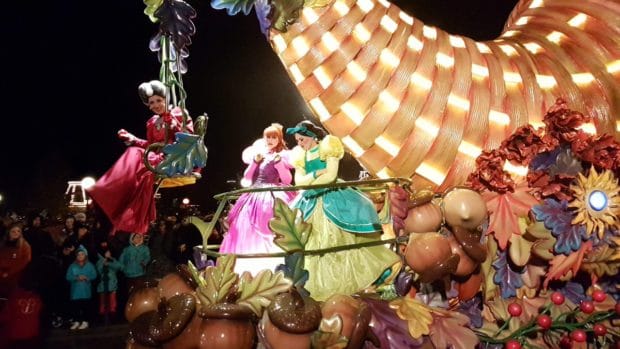 Lady Tremaine is swinging away while Anastasia and Drizella sneer at guests on the street. 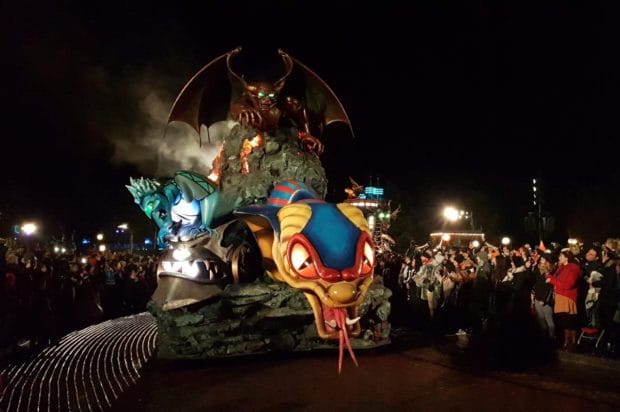 The “Dreams of Power” float. 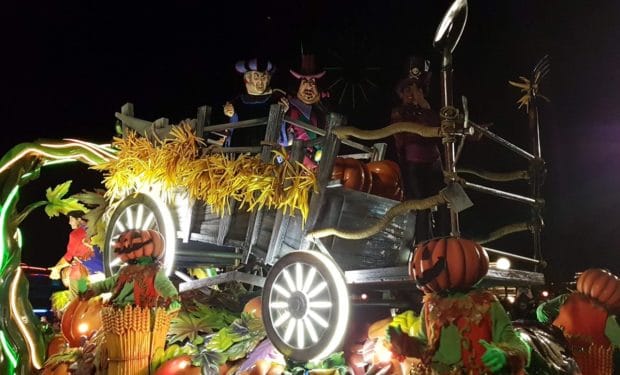 The Disney Villains are out in full force! Here you can see Claude Frollo, Radcliffe, and Dr. Facilier. 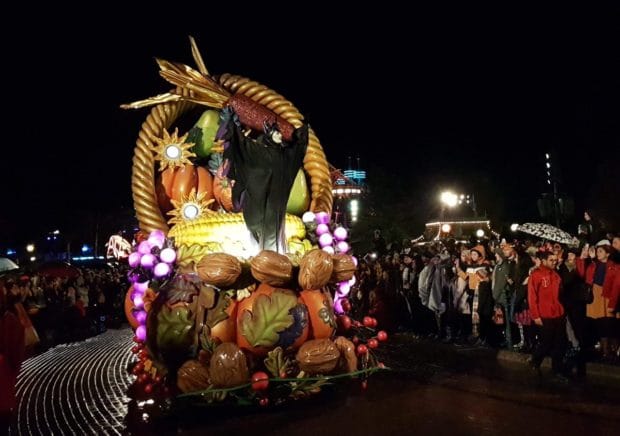 At least Maleficent got an invite to this party… 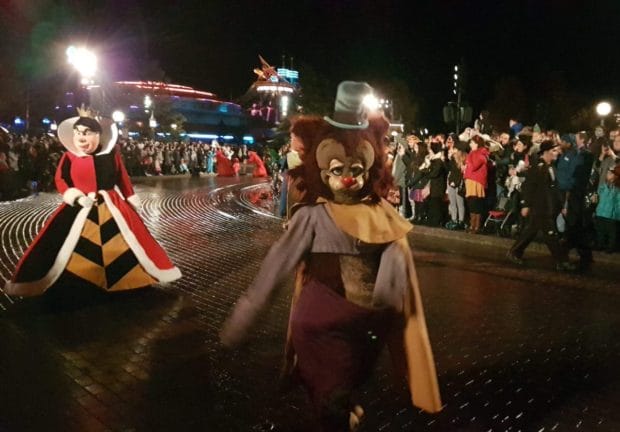 The Queen of Hearts and Gideon are roaming the streets of Disneyland Paris. 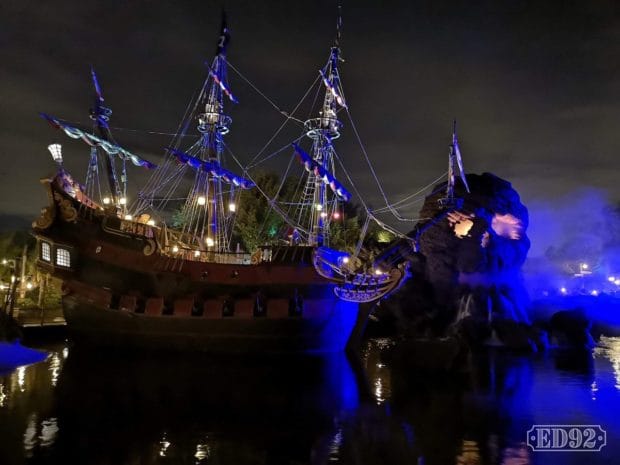 Over in Adventure Isle, things got a little scarier and edgier, with the park’s first attempt at a “scare zone”. Called “Spooky Encounters Ashore,” this scare zone brought long-dead pirates back to life to pillage and plunder on Halloween night. 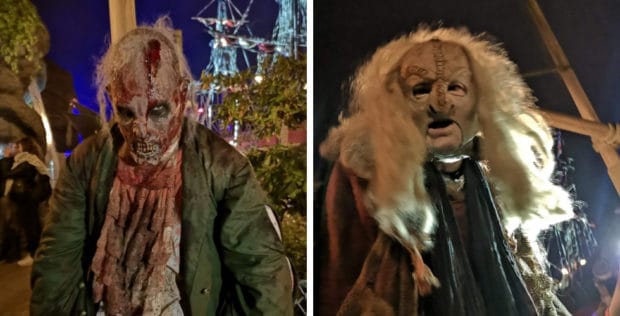 Beware of these fearsome pirates. 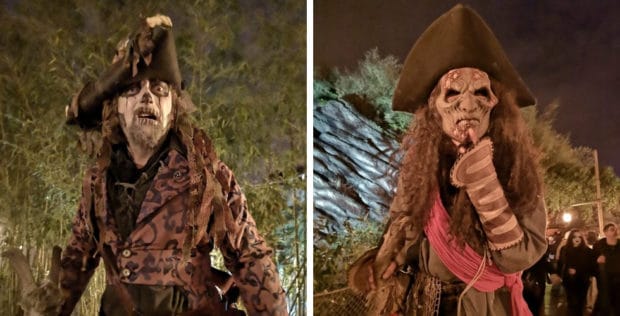 Guests could even see the famous Skull Rock come to life in a most haunting new way.

Over in Frontierland, guests could wet their whistle at the pop-up bar, and take in a projection mapping show on Big Thunder Mountain itself!

Discoveryland also had a pop-up bar open for guests, as well as Buzz Lightyear in the DJ booth, spinning tunes all night long. The land also featured unique encounters with roaming robotic characters.

A party isn’t a party without music and dancing, and guests could dance until they dropped with characters on stilts in Discoveryland by Star Tours: The Adventures Continue.

The Halloween Party also included live entertainment, with a show on the Castle Stage titled “Rock on with the Disney Villains.” 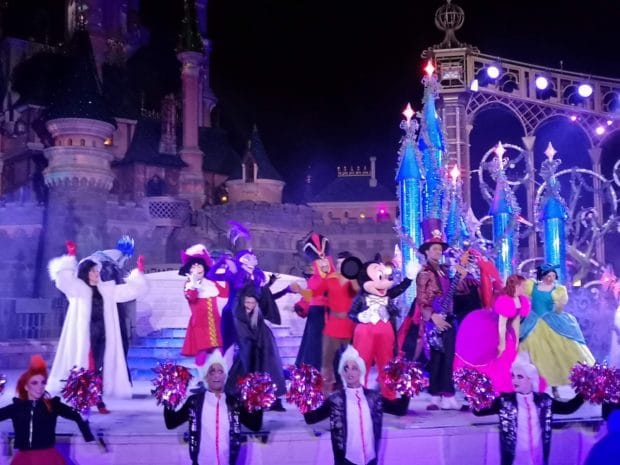 This show saw Mickey Mouse and the Disney Villains together on the Castle Stage.

You can check out the full show below:

Another live entertainment offering was the stage show “Big Hero 6: Yokai’s Revenge” at Videopolis in Discoveryland. 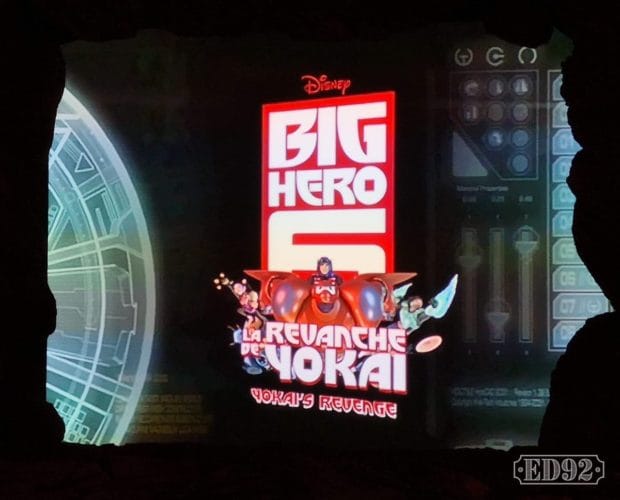 This stage show featured Hiro, Baymax, and the rest of the Big Hero 6 gang as they take on Yokai, the main antagonist from the film. 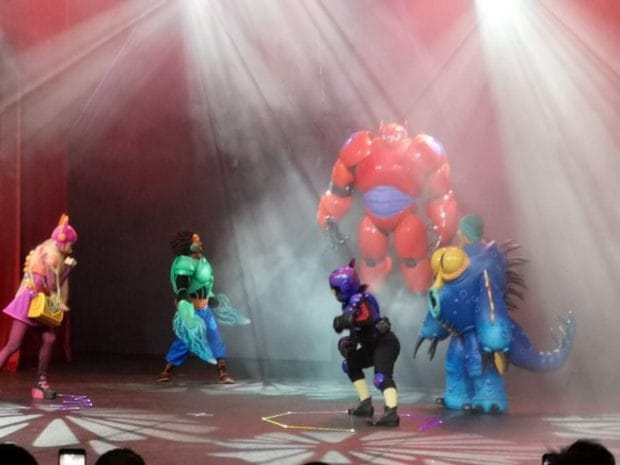 You can watch the full show below:

For fans of Disney Channel’s Descendants, there was even a sing-along, complete with live actors on stage.

With that, another Halloween is in the books for Disneyland Paris, who only hosts one party a year – unlike its U.S. counterparts. 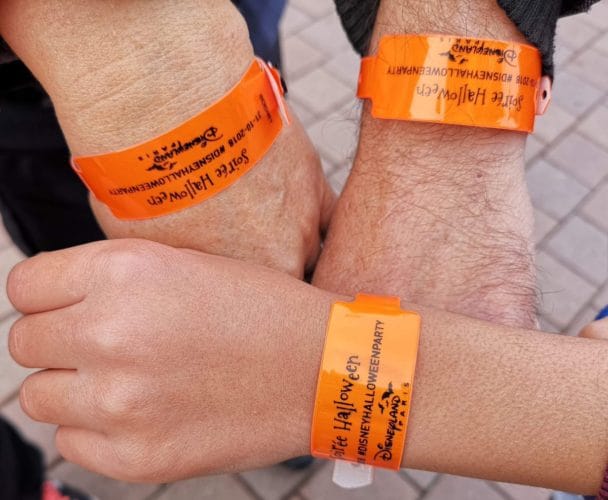