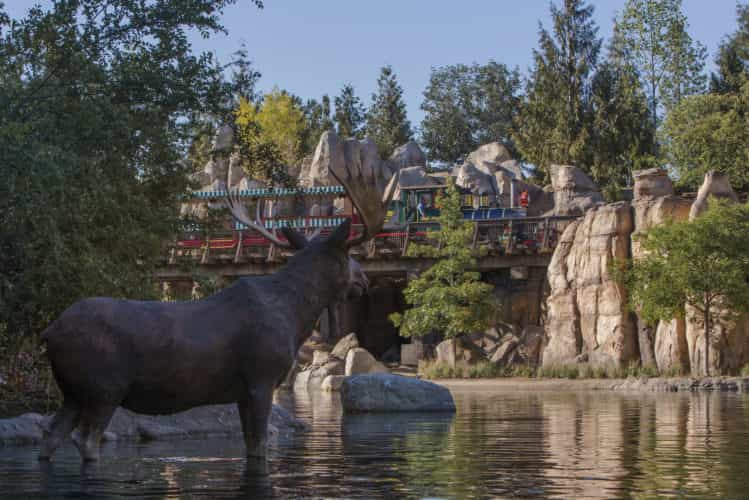 The Disneyland Railroad returns on July 29 as the Rivers of America reopen with all new scenery.

Starting tomorrow, guests will once again be able to take a ride on the Disneyland Railroad as the Rivers of America reopen on July 29, following over 18 months of construction to prepare for the upcoming Star Wars: Galaxy’s Edge area.

The Disneyland Railroad, an original Disneyland attraction and park icon, re-opens July 29, 2017. This attraction now travels a new scenic route along the north bank of the Rivers of America, where it traverses new rockwork and waterfalls providing guests with views along both sides of the train. Guests can also enjoy this new landscape from the water with the return of the Mark Twain Riverboat, Sailing Ship Columbia and Davy Crockett Explorer Canoes attractions on the river. 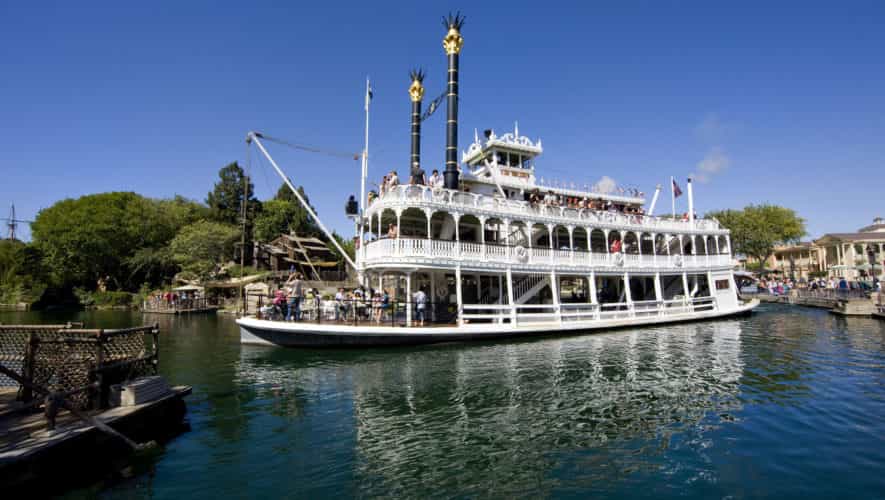 Kim Irvine, art director for the Rivers of America project, envisioned what it will be like for guests: “It’s hard to believe that right here, smack dab in the middle of bustling freeways and high-rises, you can enjoy a relaxing ride on an open-air train car and sail on a ship or canoe down a rolling river, surrounded by towering pine and oak trees with sightings of deer, elk, moose and beautiful waterfalls.” 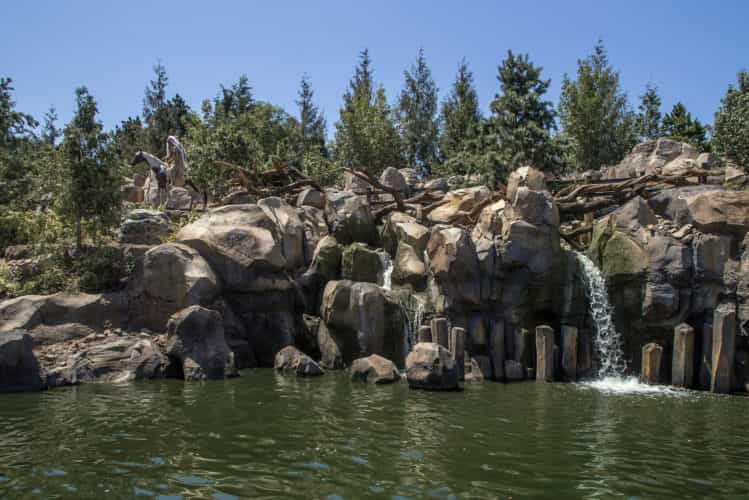 Once again, guests will enter Walt Disney’s original Magic Kingdom to the sounds of train whistles and chugging engines, a familiar part of the Disneyland Railroad. The steam-powered locomotives, among the few still operating today, take guests on a tour through the park. And, for the first time, engineers guide the trains on a left-hand turn in the park after they venture over a trestle that closely hugs a new shoreline along the Rivers of America in Frontierland.

Preview the new sights along the Rivers of America and Disneyland Railroad in this video:

Preview of updates to Disneyland Railroad and Rivers of America

A new Columbia Gorge section highlighted by five new picturesque waterfalls is the backdrop as guests journey aboard one of Walt Disney’s favorite attractions. Landscapes inspired by four of America’s majestic rivers – the Mississippi, the Columbia, the Missouri and the Rio Grande – are carefully recreated, complete with indigenous rock formations, natural forests and wildlife, and the waterfalls.

Along the route, guests listen to singing birds, eagle cries, the whinny of an Indian Chief’s horse, a Riverboat captain’s voice, an emotional score and more. As the tour continues, conductors narrate the trip with stops at Mickey’s Toontown, Tomorrowland, Main Street, U.S.A., and New Orleans Square.

Just before pulling into the Main Street Station, guests view dioramas of the Grand Canyon and Primeval World. Updated for the first time since opening in 1958, the Grand Canyon section now boasts refurbished flora and fauna, some new surprises, and the orchestral Grand Canyon Suite by Ferde Grofé. In the Primeval World, newly painted sets, dinosaurs and creatures blend with new effects and lighting. 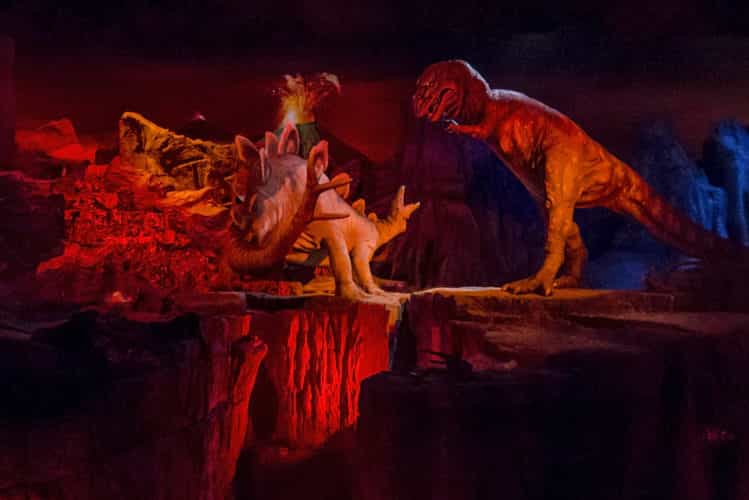 In addition, Pirate’s Lair on Tom Sawyer Island reopened in June, and Fantasmic! re-opened July 17 with new scenes featuring characters from “Aladdin,” “Tangled,” “The Lion King” and “Pirates of the Caribbean.” New mist screens and projection mapping technology creates visuals that are brighter and more vibrant than ever before. You can watch the debut of the full new Fantasmic! show here:

The best differences between Disneyland’s and Disney Hollywood...