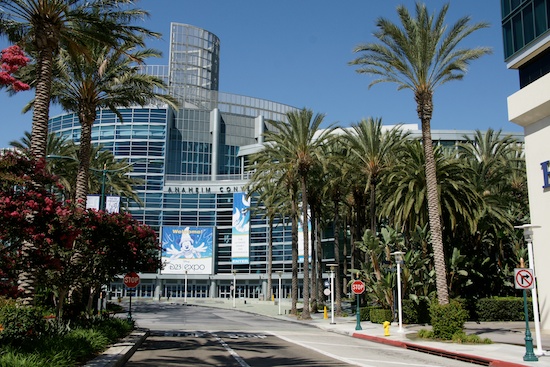 Disney’s D23 Expo 2011 starts this Friday Aug. 19 and runs through Sunday in Anaheim, Calif. Orlando Attractions Magazine staff will be there to meet those of you who can make it and update those of you who can’t. Disney will present special panels and presentations, movie screenings, celebrity appearances and autograph signings, plus new insights into movies, TV shows, theme parks, animation, Disney history and more.

Tickets for the expo, which is open to the general public, are available at D23Expo.com, and are available for individual days or for the full three days of this Ultimate Disney Fan Event.

If you’re planning on attending, be sure to visit the Orlando Attractions Magazine table in the Collector’s Forum. There you’ll find giveaways and a special subscription offer for current and new customers.

If you can’t make it to the expo, be sure to check this website for videos and the latest announcements concerning Walt Disney World. To get the news even faster, be sure to follow Orlando Attractions Magazine on Twitter @attractions and like the Facebook page at Facebook.com/attractionsmagazine. The Parks and Resorts event is scheduled to begin at 6:30 p.m. eastern time on Friday. That’s when most of the big announcements for Walt Disney World are expected to happen.

Also be sure to watch Orlando Attractions Magazine – The Show on Thursday, Aug. 25 for a wrap-up of the event and a tour of the show floor.

Exclusive Screenings & Sneak Peeks
D23 Expo 2011 will offer guests the chance to get sneak peeks and screenings of upcoming Disney movies and TV shows and specials like The Avengers, Disney’s The Muppets, John Carter, Disney•Pixar’s Brave, The Lion King in 3D, Tim Burton’s Frankenweenie, Oz The Great and Powerful, Once Upon A Time, Prep & Landing: Naughty vs. Nice, and many others. D23 Expo 2011 also will present the U.S. premiere screening of The Lion King in Disney Digital 3D™.

Special Presentations and Panels
D23 Expo 2011 will offer explorations of the past, present, and future of Disney. Throughout the three days, scores of special panels and presentations will bring new insight into Disney history, let guests go “behind the magic” of Disney theme park attractions and movies, and get fans up close and personal with Disney’s legacy of unforgettable entertainment.

D23 Expo Show Floor
A giant Show Floor filled with pavilions and interactive areas assembles the entire world of Disney under one roof. From Disney’s global theme parks to the company’s environmental initiatives, the Show Floor includes an area for collectors, a gathering of Disney licensees, a high-energy area devoted to Disney Channel, a pavilion dedicated to Walt Disney Animations Studios, and more.

Treasures of the Walt Disney Archives Exhibit
The legendary Walt Disney Archives will assemble a 12,000-square-foot exhibition featuring a beachside display of props, costumes and set pieces from LOST and Pirates of the Caribbean; a “House of de Vil” featuring the finalists and winner of Disney’s Fan Art Contest; a room devoted to 1982’s Tron, a display of vintage Mickey Mouse memorabilia, and much more. Plus, the Expo Show Floor will feature three iconic pieces: Walt Disney’s limousine, a 23-foot-long model of the Black Pearl from Pirates of the Caribbean and the Dharma Initiative Volkswagen van from LOST.

Ultimate Disney Trivia Tournament
Disney is launching the first-ever Ultimate Disney Trivia Tournament. Topics will range from classic to contemporary and from theme parks to films and everything in between. The tournament begins at 7:30 a.m. at the Anaheim Convention Center on Thursday, Aug. 18, the day before the D23 Expo opens. Twenty semi-finalists will compete in front of a live audience during a dynamic show at 6 p.m. in Stage 23 on Friday, Aug. 19 to win a special preview cruise on the Disney Fantasy.

Arena Presentations
The 4,000-seat Anaheim Convention Center Arena will be home to spectacular presentations throughout the three days of the Expo.The event kicks off with the Disney Legends ceremony, which honors individuals who have made significant contributions to the Disney legacy including Regis Philbin, Jim Henson and the voices of many of the Disney Princesses. Other highly anticipated sessions include presentations from The Walt Disney Studios, Walt Disney Parks & Resorts, Marvel Studios, and a rocking performance by the cast of the Disney Channel hit Shake It Up.