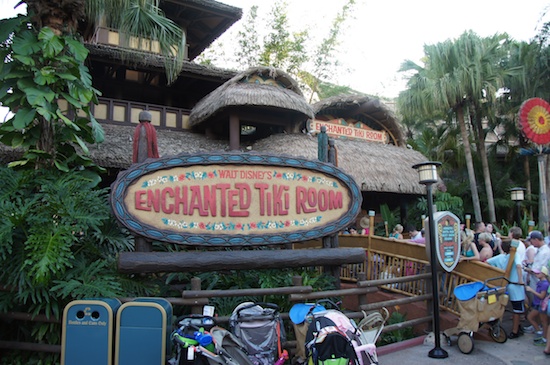 We headed over to the Magic Kingdom yesterday evening to see the new/old Enchanted Tiki Room. Here are some of the more interesting things we saw. 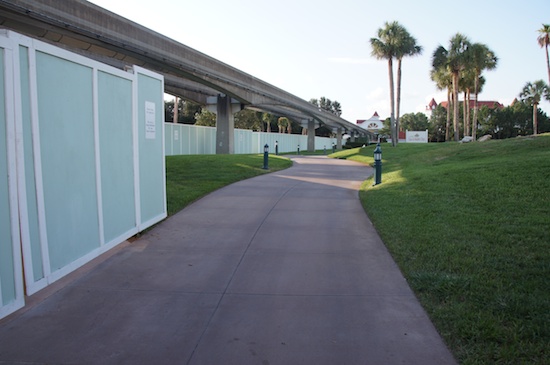 We started our trip at the Grand Floridian to get a look at the upcoming expansion. This wall lines the walkway from the resort out to the spa near the Wedding Pavilion. The spa will be closing on Sept. 19 and will remain closed for approximately 18 months while an expansion project is completed. The fitness center at Grand Floridian and the Wedding Pavillion will remain open. Guests wanting spa services will be directed to The Spa at Disney’s Saratoga Springs Resort. 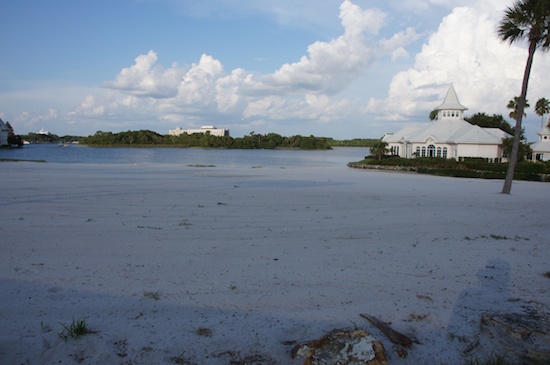 Disney hasn’t announced what the expansion plans are, but rumors and county filings point to a new tower being built here which will be a part of the Disney Vacation Club. Look for our full Resort Report on the Grand Floridian in our upcoming Fall issue. 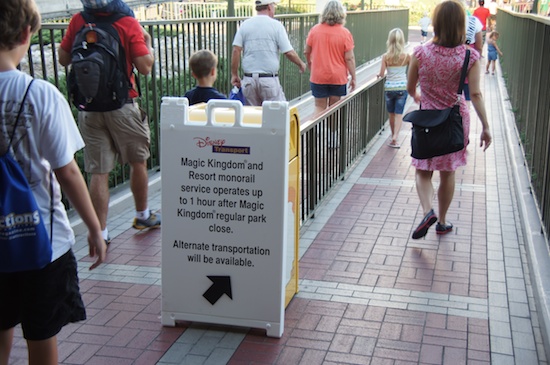 As you get off the monorail, this sign is posted letting guests know the monorail has new hours, which means the monorail will close while Extra Magic Hours are happening and guests will need to use different transportation. 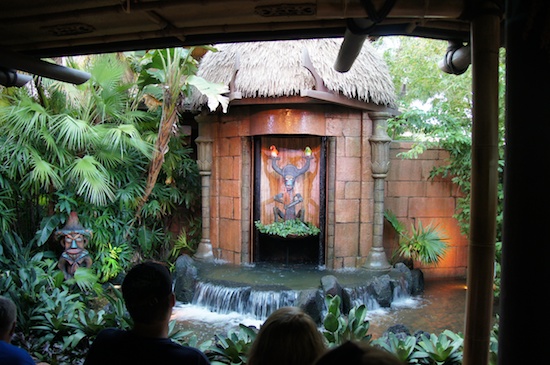 Our second stop, after trading some Vinylmations, was the newly reopened Walt Disney’s Enchanted Tiki Room. As you can see in our top photo, there was actually a line to see it yesterday. The pre show, seen here, is exactly the same as it used to be before the “New Management” took over. 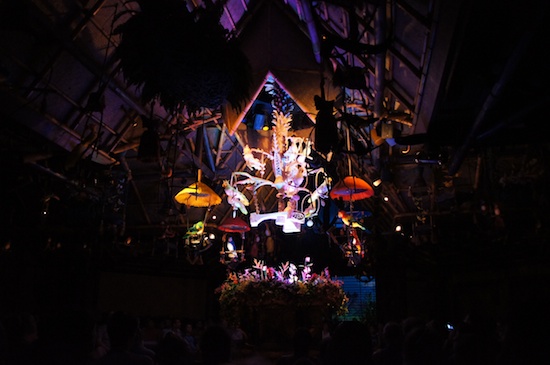 The show itself is pretty much the same. Compared to the Disneyland version, it’s a couple of minutes shorter and there’s no enchanted fountain. 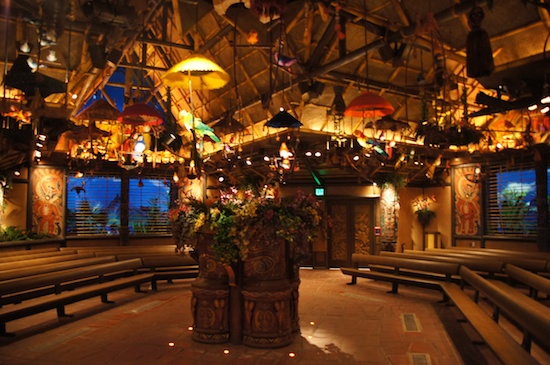 Here’s a look inside after the guests had left.

And here’s a video featuring highlights of the new/old show at the Magic Kingdom: 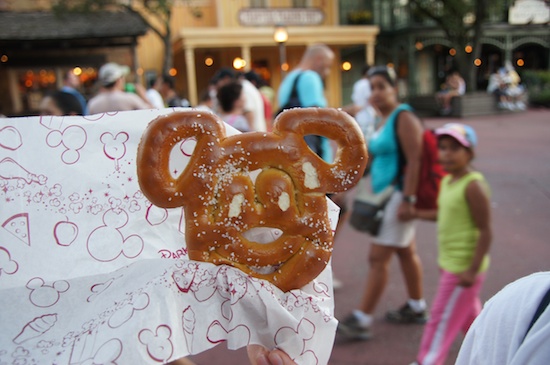 I noticed these new Mickey-shaped pretzels at a cart in Frontierland. It was yummy. These have been available at Disneyland for some time, but have just recently appeared at Walt Disney World. 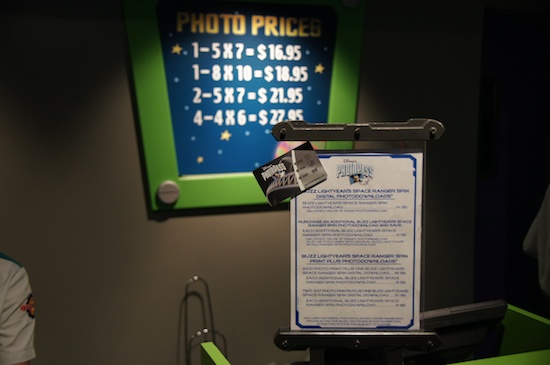 I had heard all rides photos were now available to add to your PhotoPass card, so I checked both Splash Mountain and Buzz Lightyear’s Space Ranger Spin. But the rumor turned out to be not quite true. It seems all the ride photos now offer a digital download for a price. For $14.95 you can purchase a digital download of your ride photo. They’ll give you a special PhotoPass card containing your photo when you purchase it. The card allows you to go online and download the full resolution version of the photo. But for $16.95 you can buy a 5x7 print, which is printed as you wait, and also get the digital download. 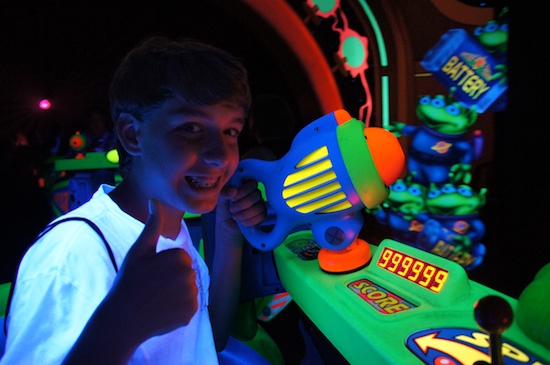 My son (Orlando Attractions Magazine – The Show Kid Reporter Quinn) got the highest score on Buzz Lightyear’s ride. That was a first for our family. 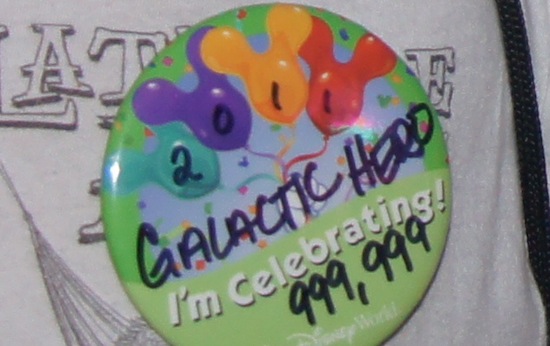 When he mentioned his score to the photo cast members at the exit of the ride, they gave him this special button. 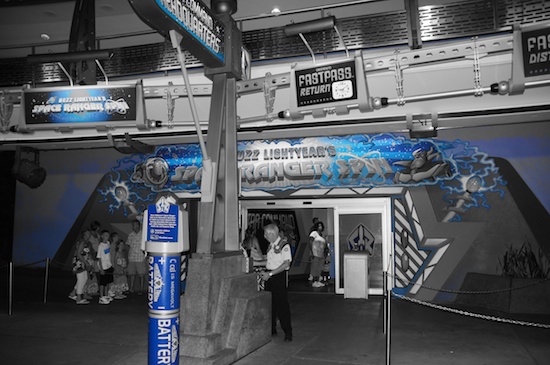 I was playing around with some of the settings on my camera on the way out. This setting only shows the color blue. The one below only shows green. 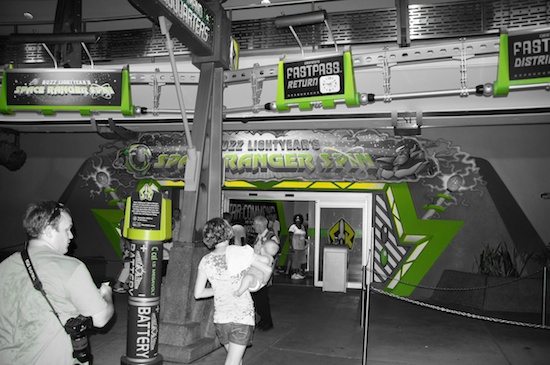 mickey pretzels!!! this is splendid news!
And we need a Quinn buzz tutorial on how to get that score! how on earth?.. If I got that score my son would have muchos respect for me, come on, what’s the secret!

Nadi: Great idea. I’ll see if we can put together some tips.