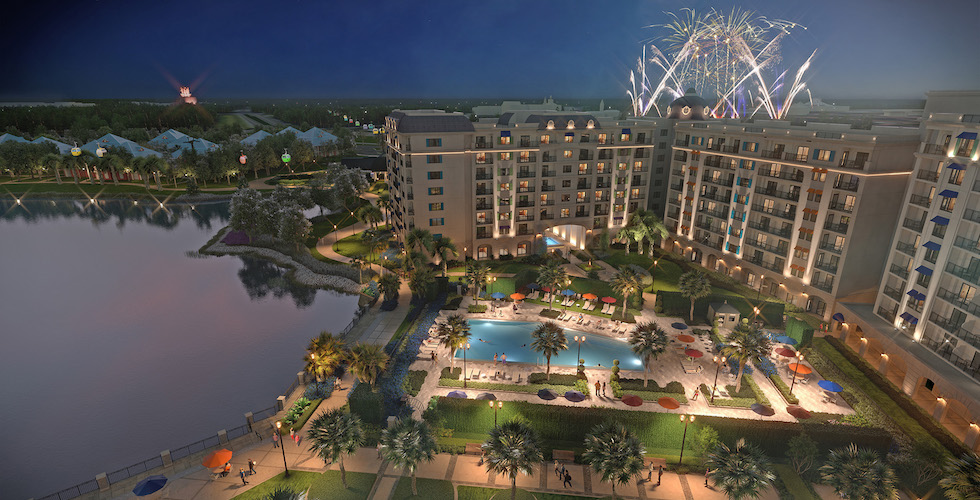 Previously announced at D23 2017, this will be the 15th DVC property for Disney, and will immerse its guests in the “grandeur and enchantment of the European Riviera.”

“Disney’s Riviera Resort is inspired by Walt and Lilian Disney’s travels throughout Europe and the Mediterranean coastline – from France to Italy,” said Terri Schultz, senior vice president and general manager of Disney Vacation Club. “Walt fell in love with European art, architecture, food, and stories, and his extended tours of the region continue to influence Disney storytelling and theming.” 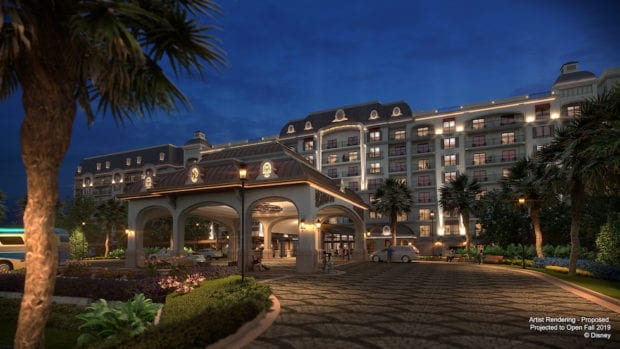 Disney’s Riviera Resort will bring the style of a modern European retreat and blend it with old-world glamour and Disney magic when it opens later this year. Guests will be welcomed to the resort with a palm tree-lined boulevard and façade that features grand archways, porticos, water features, towers, and terraces.

The oval lobby will offer views of the resort lawn and lakefront and feature a mix of modern and classic furnishings. The resort will also feature a unique art collection that celebrates Disney characters throughout the resort and inside rooms, all created by master artists who found inspiration along the European Riviera.

This deluxe Disney Vacation Club resort will offer approximately 300 family-friendly vacation homes, including deluxe studios, one- and two-bedroom villas, and grand villas that sleep up to 12 guests each. 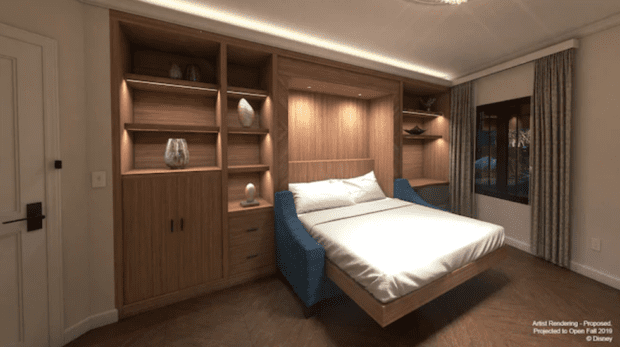 A look into one of the new tower studio rooms.

An all-new room category will debut with the resort: tower studios, which will sleep two guests each. Every tower studio will include a private balcony with views and seating for two. 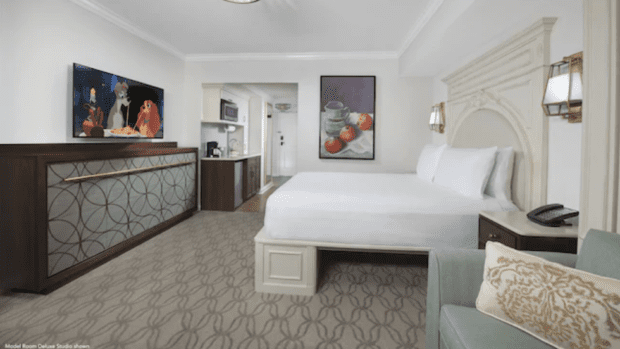 A look at a rendering for the deluxe studio rooms. 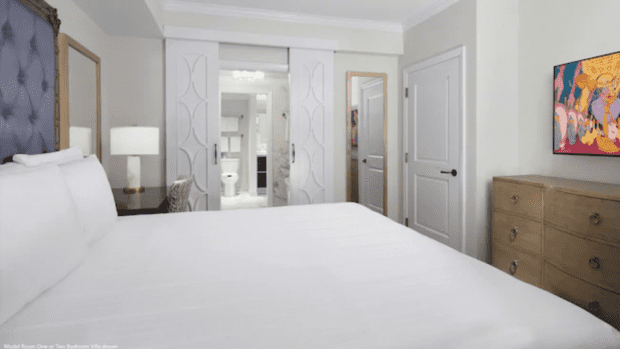 A look at the one-bedroom villas.

Villas will also offer an en-suite luxury bathroom that includes a freestanding soaking tub and walk-in shower, along with a private porch or balcony and a laundry area with a washer and dryer. 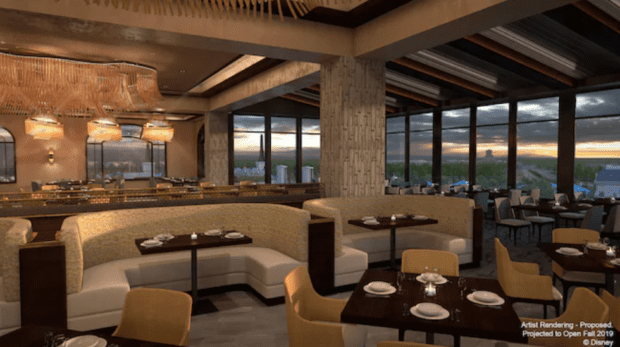 A look at Topolino’s Terrance.

The resort will have its own signature table-service restaurant called Topolino’s Terrace – Flavors of the Riviera. “Topolino” is the Italian name for Mickey Mouse. The restaurant will offer authentic dishes include with Italian and French flavors and picturesque views of the nighttime spectaculars at Epcot and Disney’s Hollywood Studios.

Guests’ meals will be prepared at the expo kitchen or wood-burning grill. Guests can pair their meal with a wine from the restaurant’s list sourced from the Mediterranean coast. Families wanting to start their morning in a magical way can visit Topolino’s Terrace for an exclusive Disney character dining experience inspired by the Riviera. 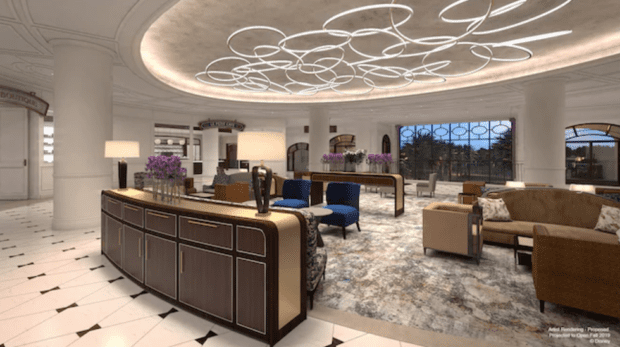 A look at Le Petit Café.

Other dining options at Disney’s Riviera Resort include Le Petit Café, which will offer freshly-brewed coffee during the day and transform into a wine bar at night; Primo Piatto, a quick-service location near the feature pool; and Bar Riva, an open-air pool bar. 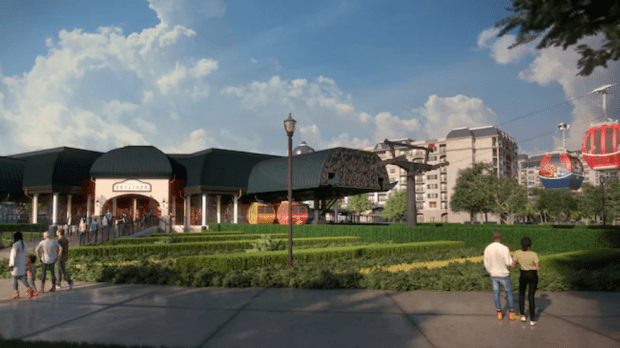 The resort’s gondola station for the Disney Skyliner. 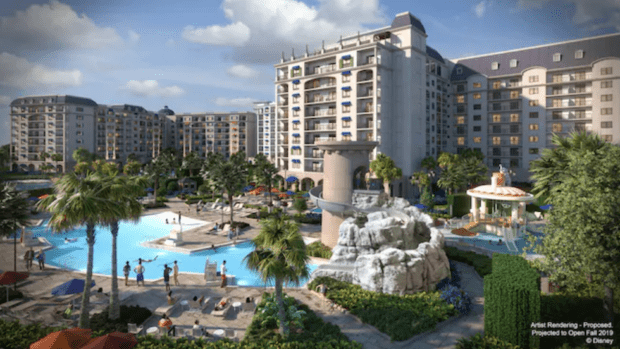 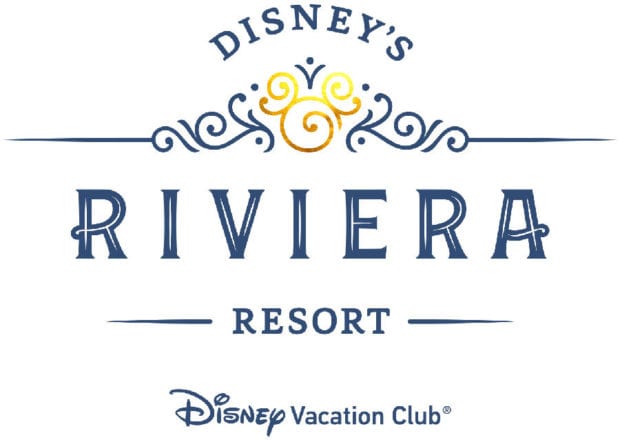 I’ve been waiting to purchase points here! Although it looks to me like they will delay the offering until they’re able to fill up almost a years worth of rooms at top rates due to the Galaxy’s Edge opening. That’s ok – I’m fine with that and happy to wait.

Looks great, but it utterly ruins the theming and intimacy of the Caribbean Beach Resort. They had literally THOUSANDS of acres available to build this- WHY HERE?