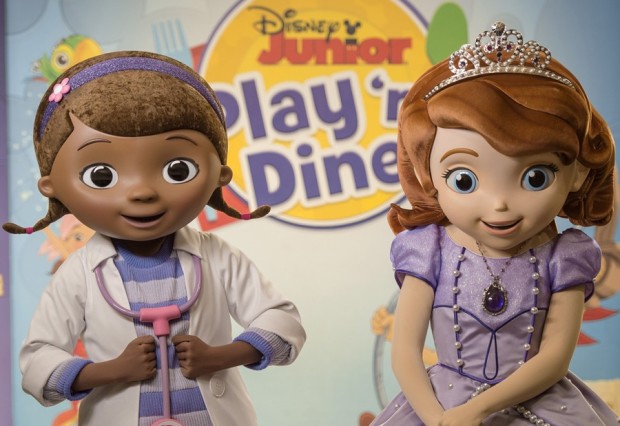 Guests will get the chance to meet Doc and Sofia and dance along with them during new musical numbers featuring songs from their respective TV shows. Doc gets everyone to stretch and flex so they’re “Ready for Action,” while Princess Sofia helps remind guests that they can do “Anything.”

The duo joins Handy Manny, Jake from “Jake and the Never Land Pirates” and the hosts, Disney Junior Pals, for breakfasts and lunches at the buffet-style Hollywood & Vine restaurant in Hollywood Studios.

You can see Doc McStuffins and Sofia at the 2013 D23 Expo in our videos below:

I’m traveling to orlando on 27 to 30 my daughter wants to meet Sophia when where, when, and what time can I meet her and do I have to make reservations?

Movie Review: The pack is back in...