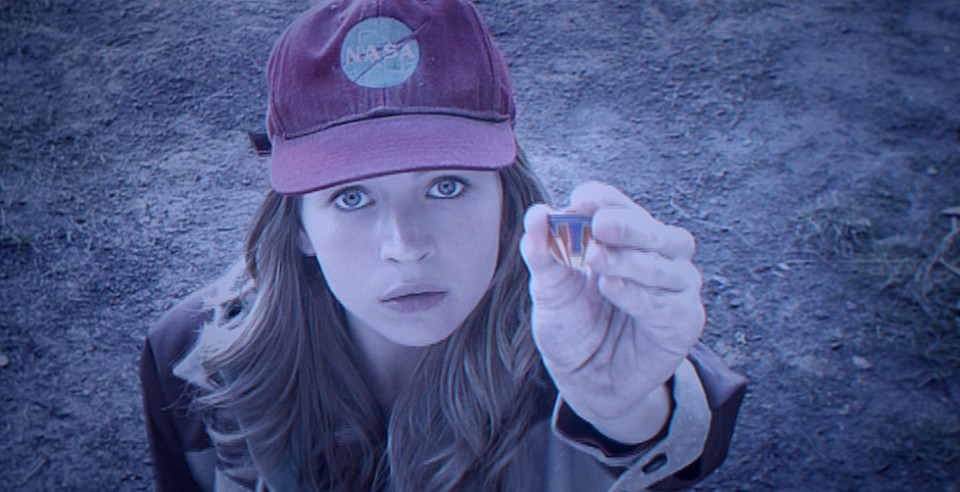 Disney’s “Tomorrowland” is now available on DVD, Blu-Ray and Disney Movies Anywhere. The disk contains a lot of bonus features, including deleted scenes, some of which you can only access through Disney Movies Anywhere. So if you’re into knowing more about why things were portrayed the way they were, and why the writers chose the things they did, it’s worth buying. 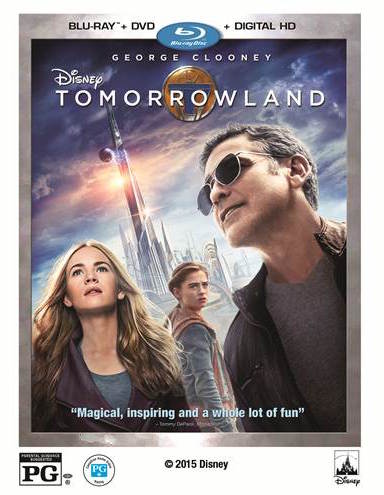 My favorite feature is “The Origins of Plus Ultra” animated short, possibly because I read the prequel novel “Before Tomorrowland” and remember it being mentioned in the book. I love the whole idea of Plus Ultra (secret group that created Tomorrowland), and the short gives a good introduction to the organization that’s only briefly explained in the movie itself.

The deleted scenes have a bunch of scenes that were nearly put into the movie but ultimately cut and re-done. For example, the main protagonist, Casey, wasn’t always written as an optimist. These features give you quite a bit of film with different points of view you would otherwise not known.

Some of the other small features like the Blast from the Past commercial and the Science Hour are attempts at extra comedic relief, but I didn’t really find them funny. There are also supposedly four hidden Easter eggs on the DVD, but I looked everywhere and I couldn’t find them. Let me know in the comments below if you find them.

If you enjoyed the movie, you’ll enjoy the extras. If you haven’t yet seen the movie, this is a good way to watch it with some extra insight into the Plus Ultra world.

Here’s a link if you’d like to read our review of the “Tomorrowland” movie itself.

In The Parks:
On the Disney Movies Anywhere version of the movie you can access a deleted scene showing more of young Frank Walker’s time at the World’s Fair, which includes a very, very short clip they filmed in the Carousel of Progress in the Magic Kingdom at Walt Disney World. You’ll also hear Walt Disney mentioned as one of the members of Plus Ultra, and Disneyland being a cover for the “real” Tomorrowland in one of the deleted scenes.

And of course, you can visit Tomorrowland in many of the Disney parks around the world. But to my knowledge, nothing in particular in the lands is any sort of direct reference to the movie, besides the Space Mountain building appearing in the background of the movie.

ONE OF THE BEST MOVIES I’VE EVER SEEN. As simple as that.

‘Symphonic Disney: The Most Magical Music on...