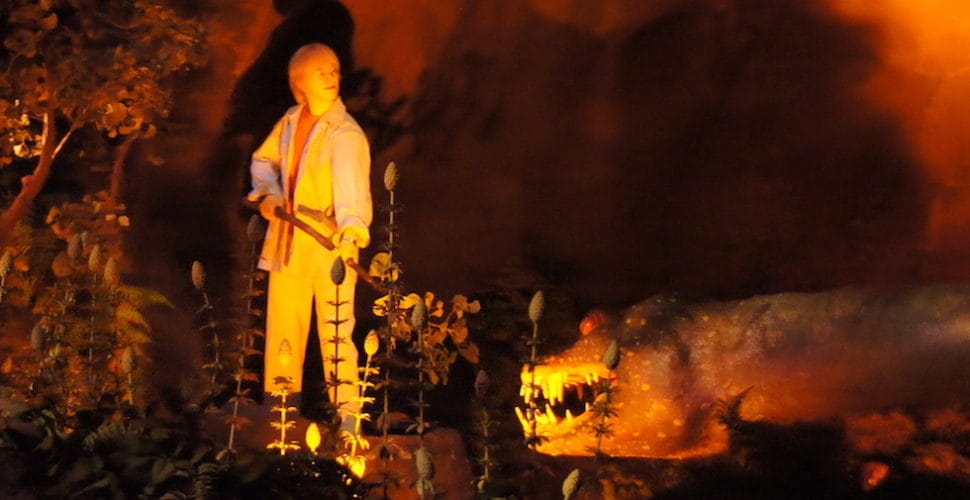 Ellen DeGeneres was recently reunited with parts of this Audio-Animatronic that used to be featured in Ellen’s Energy Adventure attraction at Epcot. Photos by Matt Roseboom/Attractions Magazine

Ellen’s Energy Adventure at Epcot closed last August. When Ellen DeGeneres heard this was happening, she put a call out on “The Ellen Show” for the return of her Audio-Animatronic. Yesterday, she was presented with what’s left of it on her show.

Here’s Ellen’s call out for information about the animatronic from last September:

What Ellen probably didn’t know, is the Audio-Animatronic was actually removed from the ride around 2014. We’ve heard the animatronic dinosaur Ellen was fighting off stopped working, so Disney removed it. So for a while, it looked like Ellen was fighting nothing. So Disney eventually removed her as well. The Ellen animatronic was most likely repurposed or destroyed, but it appears not until after someone was able to remove the skin from the face.

These props were for sale at the former Theme Park Connection store in 2015: 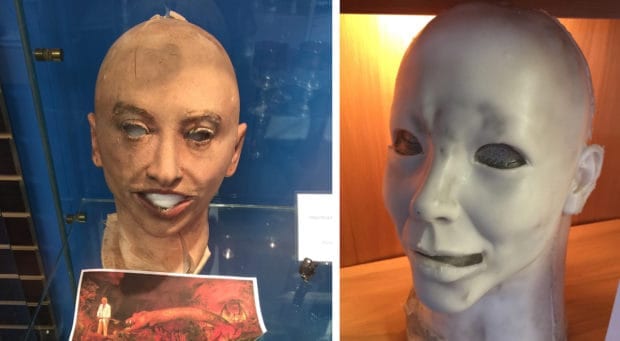 We’ve heard Ellen’s animatronic skin was bought by a big Disney collector, along with the clothes the figure was wearing, and they were presented to Ellen on her show for her birthday yesterday. Here’s the result:

Ellen's Disney World Dream Turns Out to Be a Nightmare!

Yes, it looks terrible as just a skin, and even worse stretched out on the mannequin with a bad wig that was presented to Ellen. It didn’t look that bad when it was in the ride, but it didn’t look much like Ellen either (top photo). (Ellen, the clothes on the figure were modeled after the ones you were wearing in the movie portions of the attraction.)

Here’s a look at the final ride of the attraction, which ended up breaking down and allowing guests to wonder around taking photos. It’s too bad Ellen’s Audio-Animatronic was already removed so guests couldn’t get any photos with “robot” Ellen.

Here’s a full ride-through of the attraction, after the Ellen figure was removed:

Oh my at least make people look like the real people. Think this is really affencive ellen looks better than this they made ellen look like a muppet really not nice.

Disney has already said this is NOT the Ellen from the ride. I’m not sure why people are still spreading this.