Expansion Drive, your weekly podcast for all things nerdy at Attractions Magazine, is hosting a 24-hour gaming livestream to benefit Give Kids the World Village. 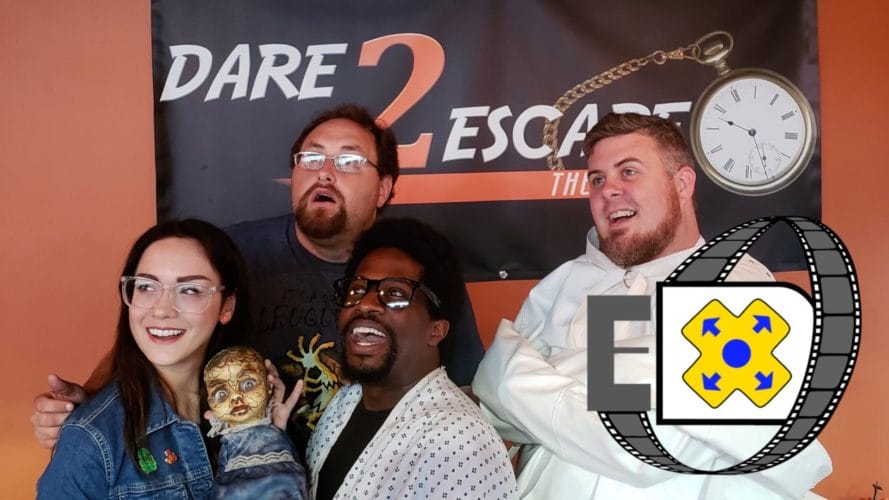 Say goodbye for now to Expansion Drive during their 24-hour charity livestream.

As announced on this week’s show, this will be the final episode of Expansion Drive for a while, as hosts Mike and Didi are stepping away from the mic due to personal obligations. The podcast will officially be on an extended hiatus after this livestream.

However, our friends in fandom are going out with a bang, and plan to play video games of all genres for 24 hours straight! All proceeds raised from the stream will be donated to Give Kids the World Village, which helps to provide critically ill children and their families with expense-free vacations to Central Florida’s theme parks.

The stream will run from 7 a.m. on Tuesday, Dec. 18 to 7 a.m. on Wednesday, Dec. 19 on the Attractions Magazine YouTube channel. Mike and Didi will play a variety of games for your enjoyment in a series of streams, including:

Mike and Didi will be posting polls on Twitter to choose what games they play next on the stream. You might even see a special guest or two come and hang out or play games with the Expansion Drive team!

Keep in mind, not all of these games are rated E for Everyone. Those rated M for Mature are not suitable for all viewers.

We hope you’ll tune in, not only to hang out with Mike and Didi one last time, but also donate to support a great cause. Any amount you give helps a worthy organization make dreams come true for children with critical illnesses. Donations can be made at online or through Super Chat donations on the stream.

In the meantime, check out their latest episode, recorded at ICE! at Gaylord Palms Resort, here.