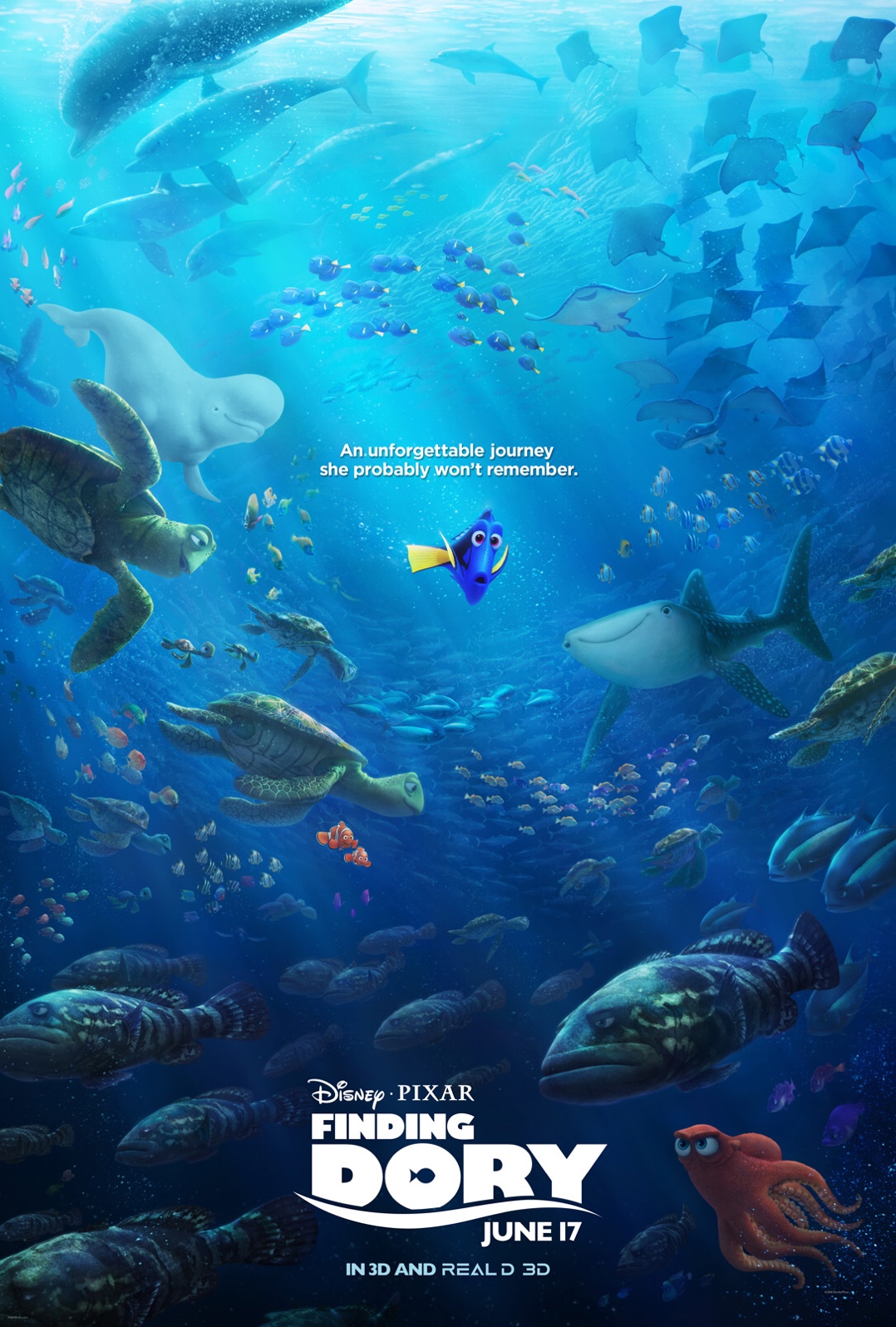 Just in case you needed some incentive to “just keep swimming” until June 17, Disney/Pixar has just released the official “Finding Dory” movie poster. The anticipated sequel swims into theaters this summer with the original vocal cast, including titular star Ellen DeGeneres.

DeGeneres originally announced the sequel back in 2013, and posted the movie poster today on social media.

The “Finding Dory” poster release comes a few days after the debut of the trailer, which you can watch here:

Disney/Pixar’s “Finding Dory” reunites everyone’s favorite forgetful blue tang, Dory, with her friends Nemo and Marlin on a search for answers about her past. What can she remember? Who are her parents? And where did she learn to speak Whale? Directed by Andrew Stanton (“Finding Nemo,” “WALL•E”) and produced by Lindsey Collins (co-producer “WALL•E”), the film features the voices of Ellen DeGeneres, Albert Brooks, Ed O&apos;Neill, Kaitlin Olson, Ty Burrell, Eugene Levy and Diane Keaton.

Finally, if you can’t wait until June, new characters from the upcoming film will be incorporated into Epcot’s Turtle Talk with Crush attraction beginning this May.

Lots more “Finding Dory” fun is destined to wash ashore in the coming months, so even if you aren’t already excited to for the forgetful fish’s return, you may want to “go with the flow.”