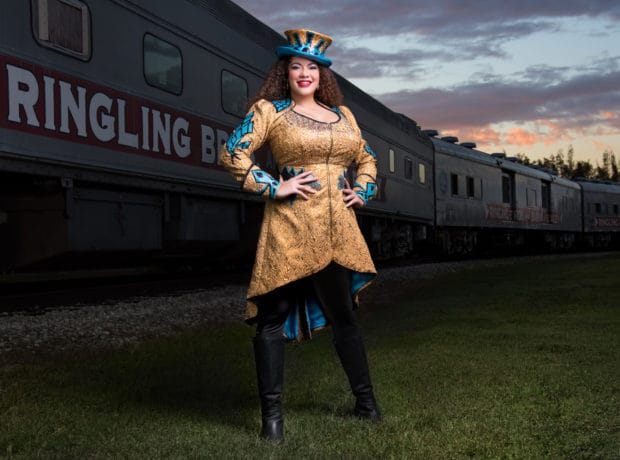 Wilson beat out hundreds of candidates in a nationwide open audition process to earn the prestigious role.

For over a century, female performers have been some of Ringling Bros. biggest stars, and Wilson continues the tradition this weekend as the Circus Xtreme kicks off its 2017 tour at the Amway Center in Orlando, followed by stops in Jacksonville and Tampa, Fla.; Atlanta; Cincinnati; Greenville, S.C.; and Greensboro, N.C.

A professional singer with a background in theater, Wilson brings her talent and energy to the iconic role of ringmaster, transforming and further modernizing The Greatest Show On Earth. Wilson is the 39th ringmaster in Ringling Bros. history and stars in Circus Xtreme alongside artists who redefine the word “extreme” in everything they do by combining never-before-seen spectacles with original, fast-paced performances.

For the national tour schedule and to find out more about Ringling Bros. and Barnum & Bailey Presents Circus Xtreme, visit Ringling.com.

See our video below of Wilson performing as part of the Cirque Magique in Orlando in 2015:

The circus comes to Pirate's Town at The Cirque Magique