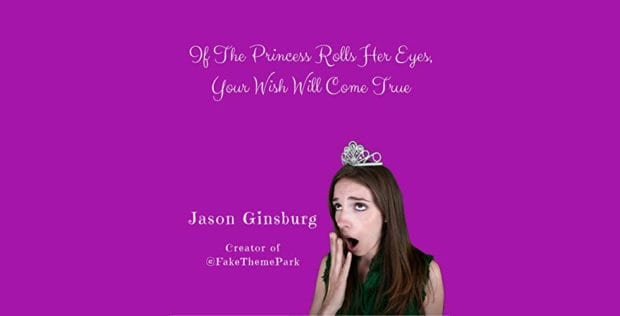 If you’re in the mood to read a real — and really funny — book about an artificial attraction, the first e-book from Fake Theme Park creator Jason Ginsburg is now available from Amazon.

Longtime Attractions Magazine readers may already be familiar with Fake Theme Park, the popular parody twitter account that Ginsburg launched in 2010. Over the years, we’ve brought you exclusive interviews with Murph Gantly, Fake Theme Park’s equally fictional founder, and park icon Princess Peppercorn, who was the star of her own music video.

Then, last year, we tore back the curtain to reveal Jason Ginsburg, a New York-based digital media producer and former Universal Studios Hollywood tour guide, as the mastermind behind Fake Theme Park. 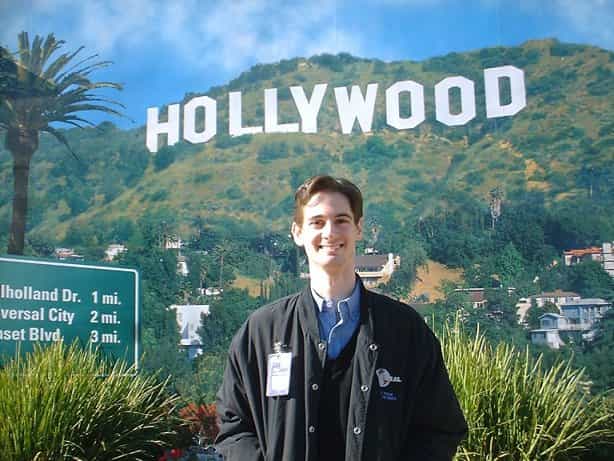 Now, Ginsburg has published his first Fake Theme Park e-book, If The Princess Rolls Her Eyes, Your Wish Will Come True, which is now available via Amazon for Kindle readers.

The book, which costs $5 (or free for Kindle Unlimited subscribers), contains a compilation of popular past Fake Theme Park tweets, arranged in categories such as “Princesses” and “Holidays.” There’s also all-new material, including a foreword from founder and CEO Murph Gantly; a timeline of the park’s most memorable events; and a first-ever interview with all four major Princesses. You can even play “Theme Park Bingo” with the included score card, where the center square is “the only free thing in the park.”

To purchase If The Princess Rolls Her Eyes, Your Wish Will Come True and help out Attractions Magazine at the same time, click on our Amazon affiliate link, and follow @FakeThemePark on Twitter for more faux fun.

Get jazzed about new products inspired by Disney...

Florida E-Ticket – ‘Specialty Drinks in the...