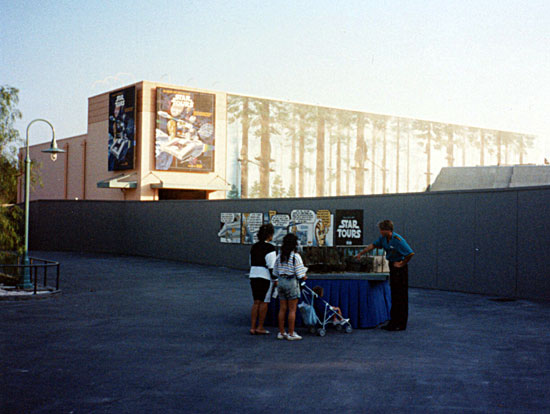 With the official reopening of a new Star Tours experience just days away, it may be interesting to look back at the pre-opening of Star Tours at Walt Disney World.

This is how the Star Tours show building looked on April 22, 1989. Only a painted back drop of the Endor forest was visible and things looked very vacant compared to how we know them today. In the foreground is a model of what the attraction exterior would look like.

The Disney-MGM Studios park opened on May 1, 1989. This photo was taken during a cast member preview.

The plan was for Star Tours to open on Disney-MGM’s first anniversary, in 1990. 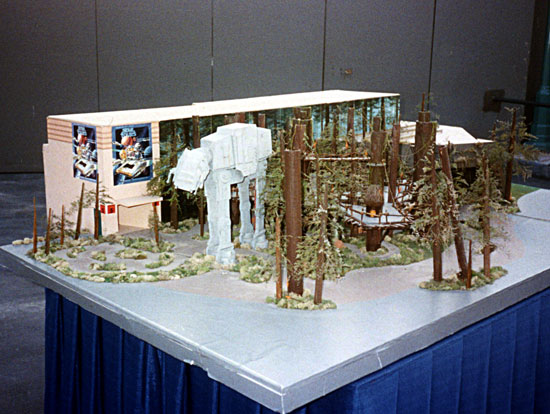 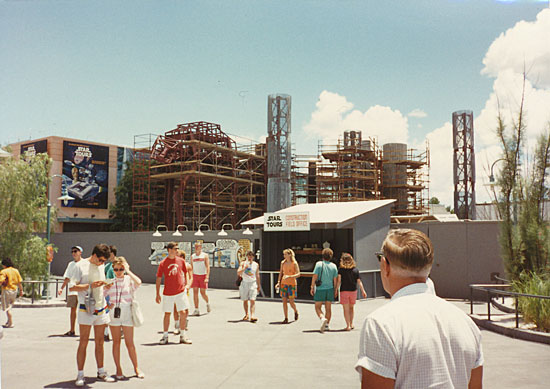 This photo is from the first week of July in 1989. You can see the theming is rapidly taking shape. A construction field office has been added. It’s sort of a preview center with information for guests about the attraction. 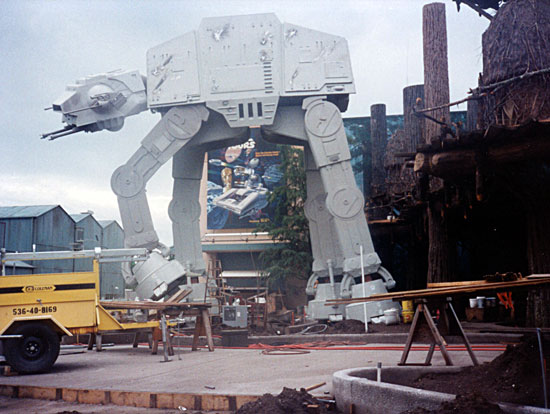 The construction walls were down by August 1989. Guests could see the work going on. 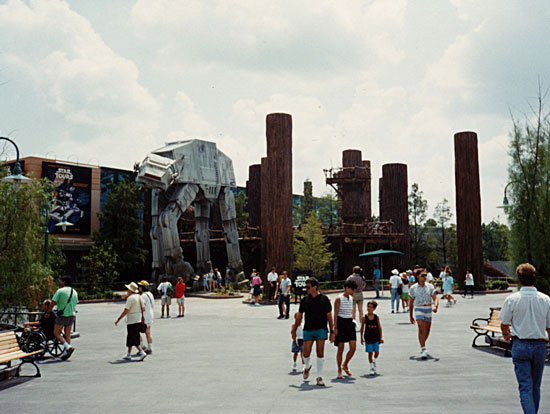 A week later, trees had been planted and guests could wander into what would become the shaded queue for the attraction several months later. 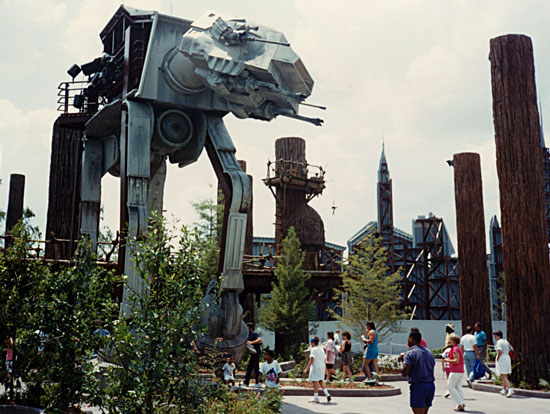 These trees are now as tall as the themed tree trunks, which contain character lighting for the queue. 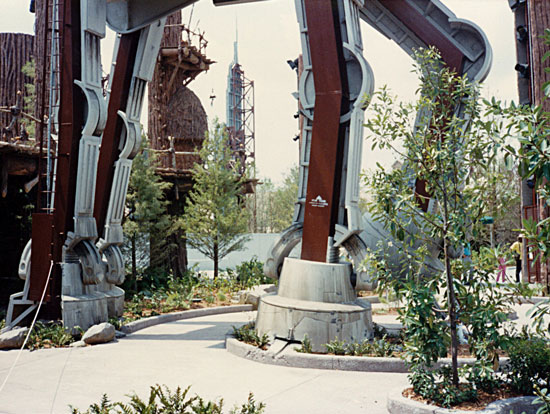 It’s actually quite shocking to see the trees so small in these photos. They are huge now! 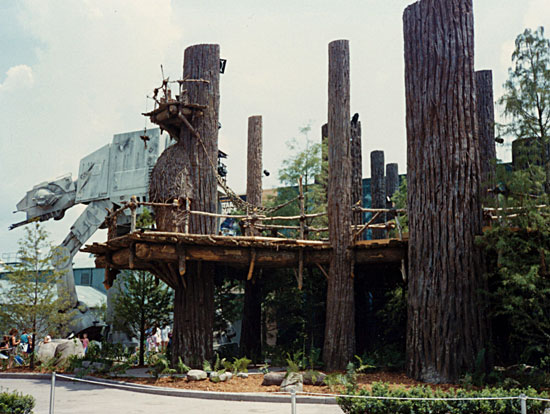 Another look at the Endor forest, before it looked much like a forest.

A look at the original Star Tours at Disney's Hollywood Studios

Here’s a full video ride through the final flight of the original Star Tours:

This is the shutdown ceremony for the original attraction:

Stay tuned for news of the 2011 grand reopening of Star Tours.