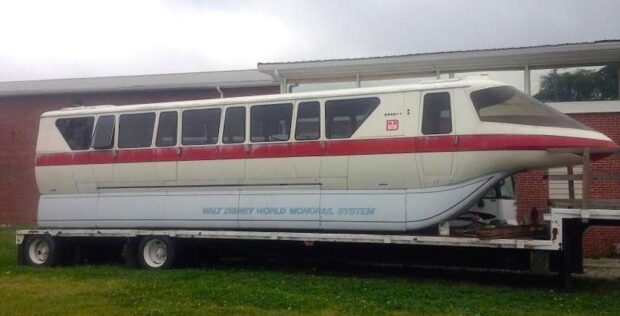 You may have dreamed about being a monorail pilot at Walt Disney World, but you probably never thought you could own one. Now you can, or at least the front cab of one.

Theme Park Connection has sold a lot of cool things: actual props from Disney theme park rides, movie memorabilia such as a dinosaur cage used in Jurassic Park and much more. But this one will most likely be at the top of all Disney fans want list. 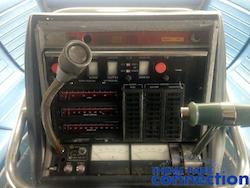 The store is selling the front cab of the original Mark IV Red monorail that ran at the park from 1971 through the ’80s. This model was retired when the Mark VI monorails started in 1989.

If you’re interested in purchasing it, you’ll need about $200,000 plus a large space to put it. On the trailer it comes with, it’s about eight feet wide and almost 50 feet long. It includes all of the original components including all doors, control consoles, and seating, but it does have some extensive wear. But hey, where else are you going to find one?

If you’d like to make an offer, or “Buy It Now”, see the monorail auction on eBay (auction ends Wednesday afternoon, May 7, 2014). It’s in Georgia right now, but Theme Park Connection plans to bring it to their showroom in Orlando before turning it over to its new owner. For more information, contact the store at 407-284-1934, themeparkconnection.com or visit their store at 2160 Premier Row in Orlando, near The Florida Mall.

UPDATE: The monorail has been relisted here and will run until it’s sold. 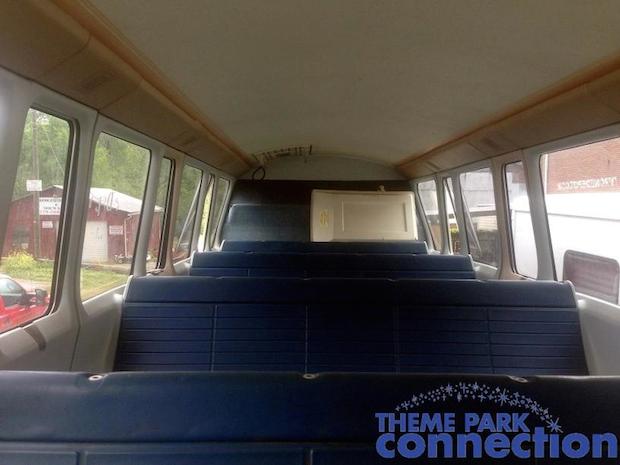