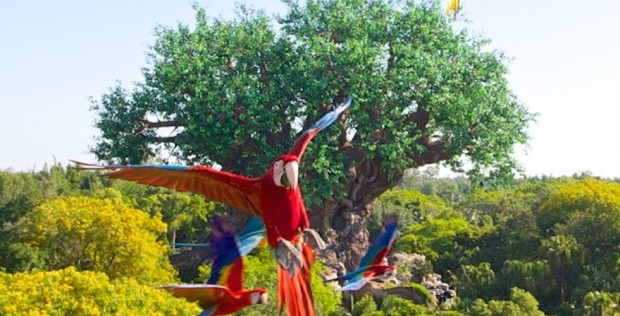 Be sure to keep an eye to the sky this summer when you’re visiting Disney’s Animal Kingdom. A new bird show will take place above Discovery Island.

Dr. Mark Penning, director of Animal Operations for Disney Parks announced the new show on the Disney Parks Blog. The show, featuring colorful macaws, will take place a few times per day. It will be called “Winged Encounters — The Kingdom Takes Flight”

Mark wrote, “In addition to seeing these birds flying around the island, up-close encounters with avian experts sharing conservation stories about the macaws will also take place. The macaws are now making short flights in the early morning hours at Animal Kingdom in preparation for the debut of the new experience.”

The show will feature six types of macaw: hyacinth, green-winged, blue and gold, scarlet, blue-throated and military. No start date has been announced other than this summer.

Today show offers first look in Gringotts Bank, plus a chance to win a trip to the opening of Diagon Alley at Universal