Today show offers first look in Gringotts Bank, plus a chance to win a trip to the opening of Diagon Alley at Universal 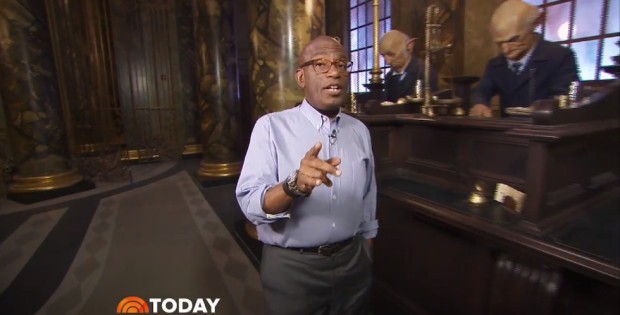 The Today show on NBC has posted a video showing their host Al Roker inside the queue of Gringotts Bank ride at Universal Studios Florida. It’s in promotion of their week-long contest and sneak peek at The Wizarding World of Harry Potter: Diagon Alley.

The video below shows Al walking through the bank lobby, with animatronic goblins lining the room. This is where guests will walk on their way to ride Harry Potter and the Escape from Gringotts, which is expected to be an indoor roller coaster which will take guests on a high-speed journey through cavernous passageways that lead “deep underground”.

Here’s a video by Universal showing the goblins talking.

First Look at the Goblins Inside Gringotts Bank

Today will be revealing more of Diagon Alley next week on the morning program, starting Tuesday May 13, 2014. They are also holding a contest where you can win a trip to the grand opening of Diagon Alley by listening to the clues they’ll be giving each morning. More details on the contest can be found at Today.com/sweepstakes. Twenty-five families will win a trip.

No opening date has been announced yet for Diagon Alley. Stay tuned. For more details on all the new area will offer, see our previous story about Diagon Alley. 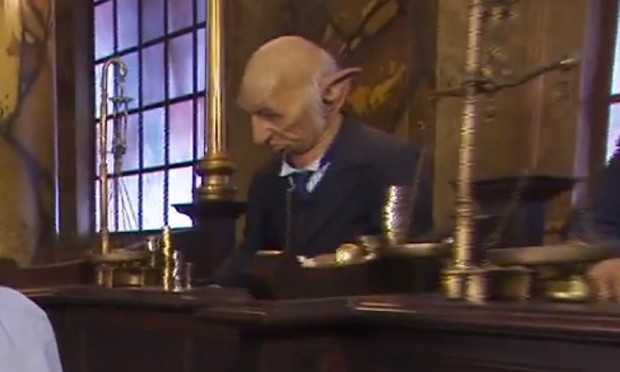 OH. MY .GOSH. as a HUUUGE Harry potter fan I am SO EXCITED!! 😀 I really do hope I can go to the grand opening because I missed the celebration and the first part grand opening.