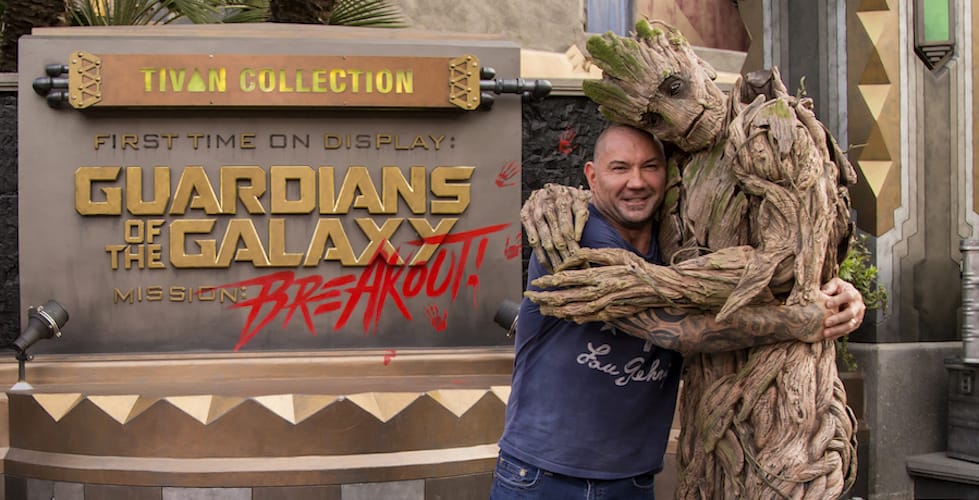 Dave Bautista of “Guardians of the Galaxy” is visiting Give Kids the World Village this week. Photo courtesy of Disneyland News.

Hasbro is teaming up with one of the biggest Terran movie stars and Give Kids the World Village to make dreams come true for critically ill children and their families.

Dave Bautista, otherwise known as Drax in the “Guardians of the Galaxy” movie franchise, will be at Give Kids the World on March 1 to meet the children and their families visiting there. His visit is part of a larger charitable giving campaign that brings Hasbro, Marvel and The Walt Disney Company together.

As part of this campaign, Hasbro is donating $1 million in cash and toys to Give Kids the World Village. Hasbro is a longtime Village partner and supporter, just like The Walt Disney Company.

Bautista will be visiting Give Kids the World Village on Thursday, March 1 from 6-8 p.m.

A former professional wrestler, Bautista is best known as Drax – the fearless and massive gray-skinned warrior from Marvel Studios’ “Guardians of the Galaxy.” He will reprise his role in the upcoming Marvel Cinematic Universe film, “Avengers: Infinity War.”

“Being a Marvel Super Hero gives us a powerful platform to directly influence positive chance,” said Bautista. “Giving back to families and kids is the greatest, most impactful role there is.”

For more information on Give Kids the World Village, visit gktw.org.