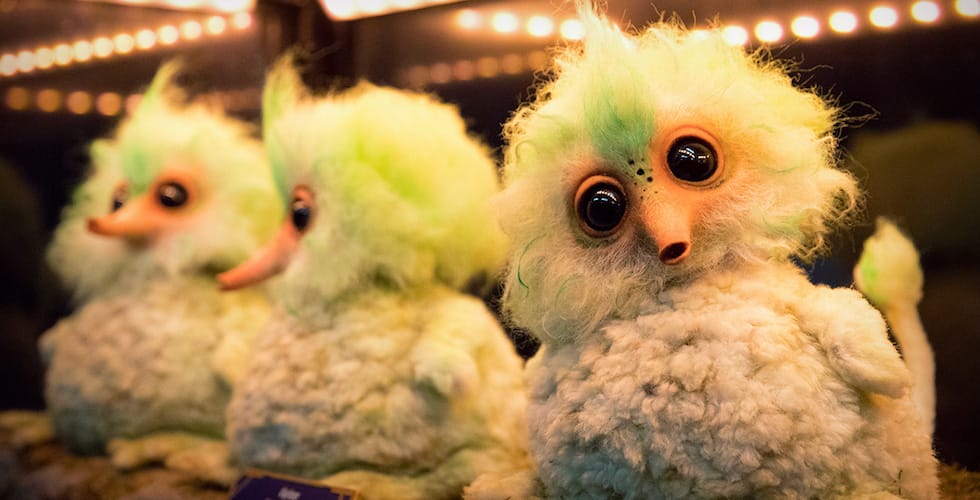 The newest acquisitions to the Tivan Collection are a bit more realistic than meets the eye.

Taneleer Tivan has expanded his collection of rare items and artifacts from across the galaxy with three new creatures from the “Guardians of the Galaxy” universe: the Vyloos.

These creatures are native to the planet Berhert, and might look familiar to Terrans, or, people of Earth, who have seen the film “Guardians of the Galaxy, Vol. 2.” 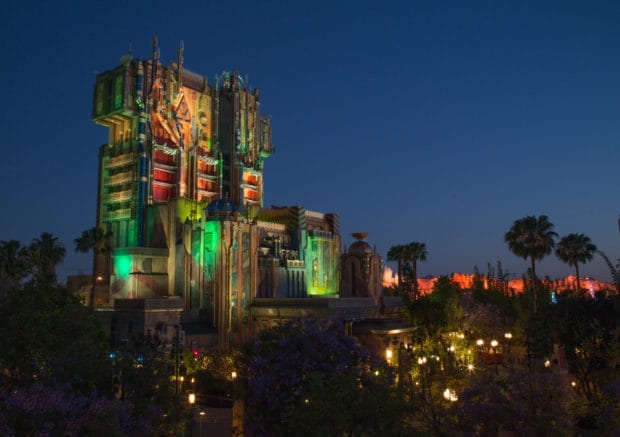 You can view the Vyloos in the queue for Guardians of the Galaxy – Mission: Breakout! at Disney California Adventure.

Visitors to The Collector’s Fortress at Disney California Adventure will find these bird-like specimens to be quite responsive, friendly and outgoing, as they respond to nosies and movement around them – but they can also become shy and introverted.

These creatures are very cute, but have been known to defend themselves when they feel threatened, so the Tivan Group must keep them fully enclosed in their glass display case at all times. As long as the fortress power source is in operation, the Vyloos will be contained safely.

These new animatronics originally began as a project to “populate the park with more interactive elements,” according to an article by Matthew Panzarino for TechCrunch. The article also reveals that the self-contained environment inside the case renders the Vyloo autonomous, which includes a completely onboard system that can be turned on and then left to work its Disney magic.

“What we pitched was a project to try to bring small autonomous animatronic creatures to life. We were interested in the idea of creating some little guys that could truly respond to and interact with guests,” said Leslie Evans in the article, Senior R&D Imagineer at Disney.

According to the article, Evans and Alexis Wieland, Executive R&D Imagineer, started the Vyloo projection with the goal to create the autonomous figures as well as a reaction in guests that would feel like a real emotional connection.

“They needed to have a ‘spectrum of personalities’ and then a set of tools that would allow them to dial those attributes up and down before setting them loose on guests,” continued the report.

“I think that a lot of this was coming out of this desire to start thinking about animatronics as actors, so being able to say we want these characters to be shy, we want them to be outgoing – trying to define them in terms of personality – and then translating all of that into the technical tools that we need to bring the characters to life,” said Evans.

As described by Panzarino, the Vyloo are programmed with a set of actions and motions that they can perform, like squishing, stretching, moving their necks and cocking their heads. The actions are given to a program, housed inside of the log that the creatures sit on, that takes in signals from guests – like tracking where the guests are looking, if they’re talking to the Vyloo or following them with their gaze as they move through the queue.

“As we watched them in the park, there’s something really magical about when one of these creatures looks at you,” said Evans, quoted in the article. “It’s enabling guests to play with our animatronics in a new way that we haven’t seen before, and I think the response to that has been very positive and super exciting that people are playing with these guys.”

You can see these adorable, interactive creatures in the queue for Guardians of the Galaxy – Mission: Breakout! now at Disney California Adventure. Check out our video of the queue, preshow, and attraction below:

Families can get spooky this fall at...