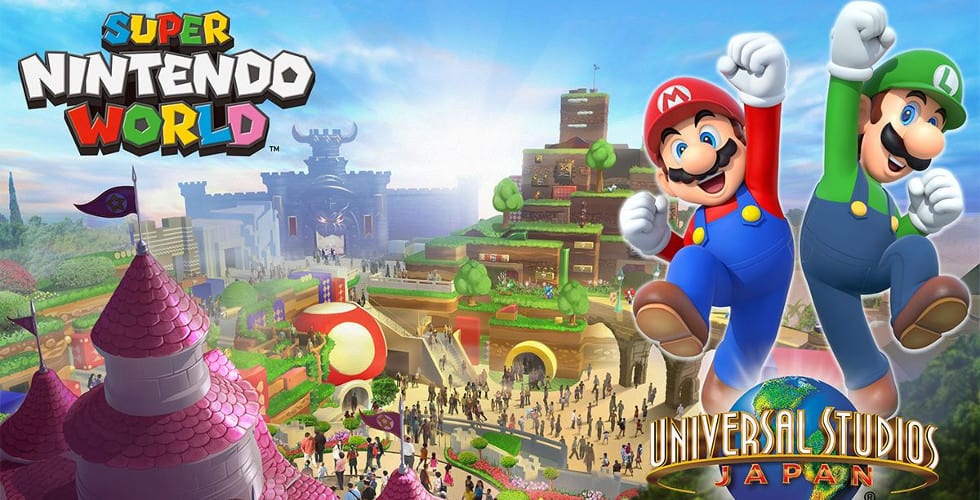 So this is weird. We were all fairly confident Super Nintendo World construction at Universal Studios Florida was going to begin before the end of 2017 in KidZone, weren’t we? What happened?

To recap, the Super Nintendo World construction was going to include the Mushroom Kingdom as a central hub with a recreation of Princess Peach’s Castle, a Mario Kart AR attraction, a Yoshi unimover experience, various dining spots and shops and a Donkey Kong Tropical Island themed space complete with a Donkey Kong indoor-outdoor coaster.

There has been no activity since the permits were filed. This is unusual and likely indicative that the plan for Super Nintendo World at Universal Orlando Resort has changed. Credit where credit is due, the folks over at Theme Park University were the first to pick up on this, as well as publicly state that the Nintendo plans that leaked that included Kirby and The Legend of Zelda were outdated by the time they had been uncovered. That’s right, the permits filed in May, June and July of 2017 did not include Zelda or Kirby.

From what I’ve heard, Kirby and Zelda may be reincorporated into the plans, as well as new experiences based on Pokémon. Other potential Nintendo properties include Metroid, Star Fox, Animal Crossing, Pikmin and F-Zero. Moving the project over to Universal Orlando’s third park gives Universal Creative more space for expansion and allows Nintendo to be the anchor for this new park.

This however, doesn’t mean Nintendo couldn’t be placed in Universal Studios Florida or Islands of Adventure. Placing Nintendo attractions in all three major parks would give guests incentive to visit all the parks, as well as allow Universal Creative to construct Super Nintendo World in phases.

The relationship between Universal and Nintendo isn’t in jeopardy. Nintendo is very much still a part of the process with the development of Super Nintendo World. I suspect Universal Pictures and Illumination teaming up with Nintendo to create an animated Super Mario movie was in part thanks to this established dynamic.

• Fowl Owlerson has been attending theme parks since he was a little owlet. When he’s not filtering through the latest murmurings around the industry, he can be found writing, reading and snacking on the occasional rodent. Follow him on Twitter @fowlowlerson for the latest rumors, or drop an anonymous letter to him at [email protected] or via direct message on Twitter.

Is it true Spielberg might be behind why construction hasn’t started in universal studios florida?

Possibly. They haven’t bought any other land so the third/fourth park crap isn’t true. They bought and closed the Wet and wild property but hotels and shops are going there and no new plans have been filed to indicate Universal has bought new land.

I’m wondering what the third park could be themed after…

Perhaps the Park could be home to DreamWorks and Legendary (Pacific Rim, Monsterverse, etc.) properties as well as Nintendo? It would make sense, as I assume, at least in the case of DreamWorks, they have a lot of ideas, including a version of the Kung Fu Panda ride that’s coming to Hollywood, but they likely lack the space with Orlando already getting a lot of new stuff. Why not put it in it’s own space, strengthened by the presence of Mario and perhaps even Legendary’s Kong.

I expect it’s getting bigger, and bigger is ok by me.

what hell when is Nintendo land come to universal studio