Halloween Horror Nights icons are back in new video – sort of…

Universal Orlando uploaded a new video this morning that features a few familiar faces from Halloween Horror Nights of years past. 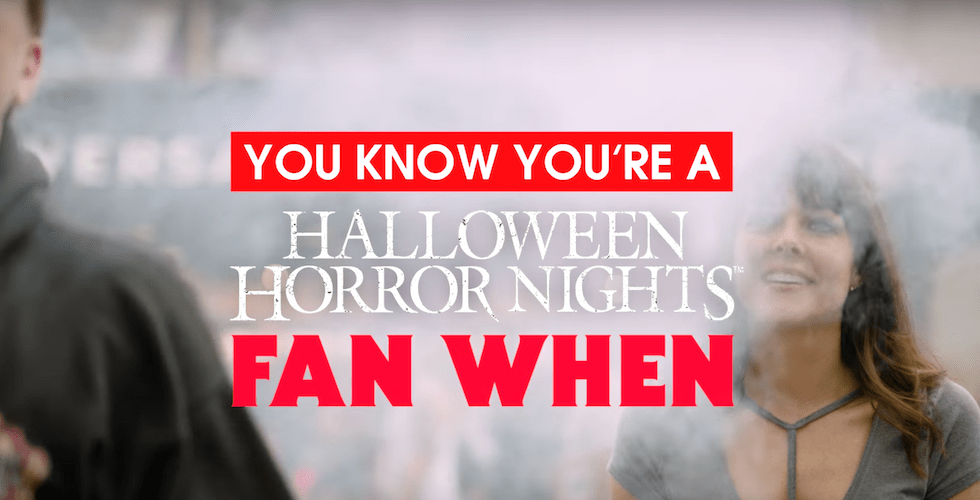 How many of these Horror Nights fan tropes do you fit?

In the video, “You Know You’re a Halloween Horror Nights Fan When … ,” performers who once graced the event as icons and members of the iconic parody show, Bill & Ted’s Excellent Halloween Adventure, are back to share what it’s like to be a true fan of this haunt event.

Right at the start of the video (0:01), you can see the former faces of Jack the Clown (James Keaton) and his mistress of mayhem, Chance (Erin Cline), as they take in the sights and smells of HHN.

At 0:18, we see the former Storyteller (Jenn Gannon) laying out the night’s gameplan to Keaton. 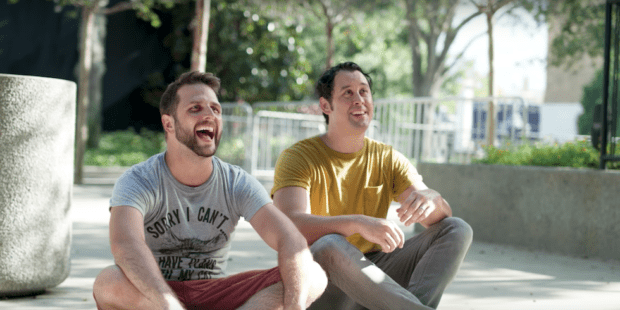 We see the return of the beloved Bill (PJ Gaida) and Ted (Jason Perry) at 0:21, who show up just a little too early for the nighttime stage show.

0:29 brings us the return of the Usher (Joshua Siniscalco) from HHN 19 (2009) as he takes photos of the scare zones. Right at 0:33, the infamous Voodoo Queen (Kristal Jones) pops to see if Siniscalco got any good shots. (Spoiler: He didn’t.)

At 0:45, Gaida is vlogging in the Twisted Tradition scare zone, giving us a few fun facts about all the pumpkins featured in the trees and on the street.

Perry, Gaida, Siniscalco and a friend take a stroll through the park at 0:56, discussing a hot rumor that next year’s event will be held in Volcano Bay. Lava zombies! Just a thought.

At 1:01, Keaton continues to talk a guest’s ear off about all the Horror Nights houses he’s gotten to experience over the years.

We head into the houses at 1:07, where Keaton, Siniscalco, and others take a trip into Carnival Graveyard: Rust in Pieces.

At 1:11, Gaida makes an ill-advised choice at the tattoo parlor to make his love for the event a part of him forever. At least he didn’t get an HHN tattoo on his face.

This scene also includes a fun cameo by Blake Braswell, show director for Halloween Horror Nights, as the tattoo artist.

Perry, Gaida, and Kristen Shirilla, a former Bill & Ted performer, head into the houses at 1:20, with Perry promising a frightened Shirilla that she’d be safe behind him …

At 1:30, Cline is in the HHN Tribute Store picking up all the essentials. Don’t judge her!

1:36 brings us more of Keaton talking this poor guy’s ear off about HHN houses of the past.

Gannon puts her mom on hold at 1:39 to ask someone if they remember HHN 25, before cutting to 1:42 where Keaton and Siniscalco reminisce over HHN 10, and to 1:43 where Cline hearkens back to HHN 17.

At 1:45 Keaton and Jones get spooked by a chainsaw clown, a staple of Halloween Horror Nights.

We then cut to 1:56, where we see the Storyteller herself going through ScaryTales: Deadly Ever After. 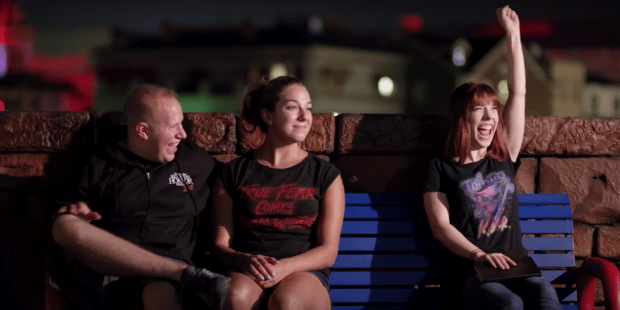 At 2:00, Shirilla keeps track of all the good scares and really good scares she encounters during the night.

At 2:07, we say goodbye to the scary good time that is Halloween Horror Nights, as Siniscalco and Jones get a little teary-eyed over having to wait a whole year for the next one.

You can check out the video for yourself below:

You Know You're A Halloween Horror Nights Fan When...

Be sure to take a look at our Ultimate Guide to this year’s Halloween Horror Nights at Universal Orlando Resort, and take a sneak peek at this year’s mazes with our video rundown here.

To learn more about this year’s Halloween Horror Nights, and to purchase tickets yourself, visit Orlando.HalloweenHorrorNights.com.

Disney’s looking for some helpful moms (and...