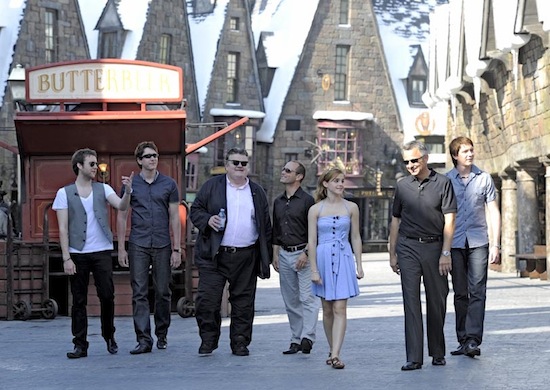 Nothing official has been announced by Universal, but rumors are spreading about which stars from the Harry Potter film series will be at the grand opening next Friday.

Stars Robbie Coltrane (Hagrid), Matthew Lewis (Neville Longbottom), Emma Watson (Hermione Granger), and Oliver and James Phelps (Fred and George Weasley) already visited the Wizarding World in Islands of Adventure in mid-May, but some may return with others.

Here’s all the rumors we’ve heard so far. Keep in mind, even though some other media outlets are reporting these as confirmed, Universal has not announced anyone and things can always change.

• Central Florida on Demand is reporting that Harry Potter himself, Daniel Radcliff and James and Oliver Phelps are coming. They’re also reporting that Helana Bonham Carter (Bellatrix Lestrange) will not be in Orlando.

• Kevin Cantor (@FLallday on Twitter) said a Universal sound technician told him the composer of the films, John Williams, will be at the grand opening with a full choir and orchestra.

The media events begin on Wednesday and run through Friday. Some of the events, like the grand opening Friday morning, will be open to the public. While other events during the three days may be private. It’s possible some celebrities could be at one event and not others. Major media from all over the world are expected to attend. NBC’s Today Show will be broadcasting live Friday morning.

UPDATE:
• Potter fan site Snitch Seeker is also reporting that Bonnie Wright (Ginny Weasley) and Warwick Davis (Professor Flitwick and Griphook) will be in attendance.
• Central Florida on Demand is reporting that Gary Oldman (Sirius Black) will not be there.
• Theme Park site Behind the Thrills is reporting that guests will not be allowed into the area where the grand opening ceremonies are taking place. There are large screens set up in front of the park and near Three Broomsticks in the Wizarding World. So if you go, you may not get to see the stars in person.

We’ll be at the grand opening events, so be sure to check back for video and photos.

Here are some photos Cantor took of areas being set up for the festivities. Below that is a video of the Harry Potter stars visiting the Wizarding World in May. 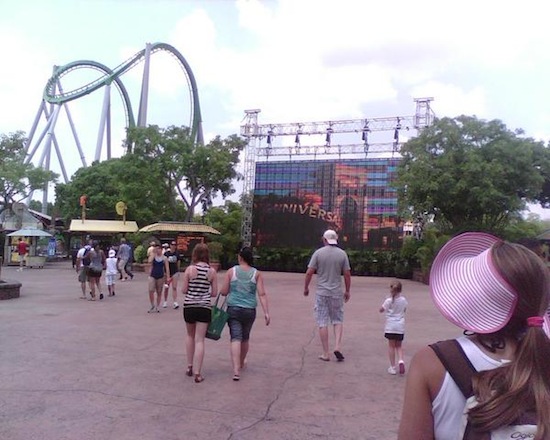 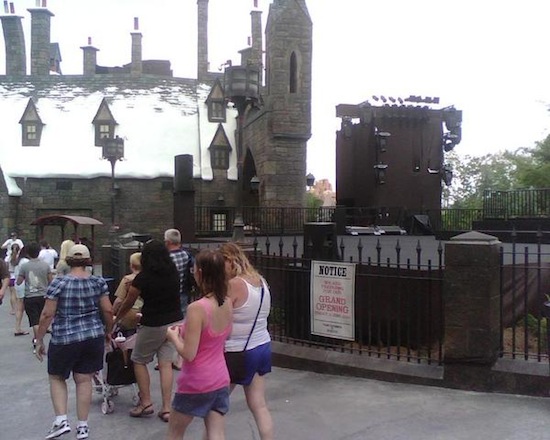 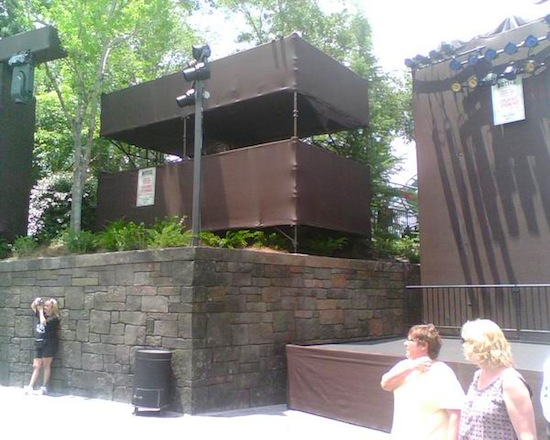 Photo/Video Update: Nighttime in The Wizarding World of Harry Potter

So what time do you guys suggest people arrive at the park on Friday?

parking will open at 6 in the morning